The 6 Biggest Lies we’ve all Told. 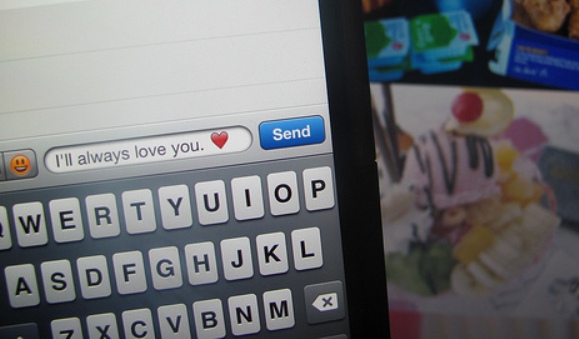 I believe the truth will set you free.

There is no greater freedom or feeling in the world than when you stop carrying around the heavy backpack of half-truths and fictional stories you’ve been telling yourself and the people in your life, and instead unpack that sh*t and put it out on the line for all the world to see.

We are conditioned to hide certain things about ourselves.

Our humanness can make us appear selfish, needy, crazy, unlovable, indecisive, ungrateful…(insert whatever adjective you find most disturbing).

I’m currently surrounded by people who have shown this bravery. They got tired of pretending. They were willing to look selfish, needy, crazy, unlovable, indecisive, or ungrateful in the interest of being real, authentic, and owning their sh*t.

And let’s get real…all of us have probably, at one time or another, told these very lies to another person or to ourselves. I, for one, have committed all of these felonies but have since vowed to never again say out loud what is not true for me:

We tell this one to any new partner we’ve started a relationship with, even if we’re still hung up on someone from our past. It’s embarrassing to admit we may still be harboring feelings for someone in a past relationship no matter how much time has passed.

Listen, the truth is, love doesn’t just go away overnight. We can’t share our beds, our hearts, and our lives with another person and not expect that some of those people will linger in our hearts for some time—if not forever. I have come to a place where I feel totally okay telling someone I’m dating that I’ll always have love in my heart for certain people from my past, but it does not mean I still want to be with them. In my book, there is nothing wrong with still holding love for someone who was once special to us.

How many of us have done something totally sh*tty and then run around telling everyone who will listen that “we’ve forgiven ourselves for it.” We do this because the shame and guilt is way too uncomfortable and heavy to keep carrying around like a sack of rocks.

I know many people who convince themselves and others that they’ve forgiven themselves for lying, cheating, or doing something incredibly hurtful to another person. And typically, what ends up happening is they repress what they’re really feeling or keep projecting the blame onto the person they hurt to make themselves feel okay about what they did.

There is nothing wrong with admitting, “You know, I still feel really badly about what I did. And I’m still working on getting over that.”

We’ve all told our partner this, whether we’re just dating, in a serious relationship, or married. We may admit we’ve thought about having sex with another person, but we are most likely not going to say that we actually want to do it.

I have two close friends who were brave enough to have this difficult conversation with their partners. Prior to admitting this truth, they were carrying around feelings of shame, guilt, and selfishness for even having the thought of wanting to be intimate with someone else.

But by opening up the dialogue with their partner, not only did it deepen the level of trust and intimacy between the two of them by talking about it, it allowed both of them to reveal parts of themselves that they were keeping repressed. Admitting to the feeling of wanting to do it diminished my friend’s desire to actually do it.

I think we’ve all said this one, if not screamed it indignantly at our parents, friends, spouse, or someone else in our lives whose approval we desperately wanted at one time or another. This is one of those, “I totally need your validation but since you aren’t giving it to me I need to convince myself in this moment that I don’t need it at all!”

There’s nothing wrong with saying, “I’d love your approval and support on this but I’ll accept it if you can’t give it.” What I found to be one of the most honest and freeing conversations I’ve ever had to date was with my own mother. We were battling constantly about the way I had chosen to handle my divorce, and in a really nasty fight with her, I screamed, “I don’t need your approval, I’m doing this my way!”

But that wasn’t the truth.

More than anything, I wanted her to be proud of the way I had chosen to handle myself. I wanted her to support my decision to not be vindictive or bitter and instead just accept what was. When I later admitted to her that I wanted her to approve of my choice to be as non-reactive and as gracious as I could muster, it opened up one of the most beautiful conversations we’ve had to date about this period in my life, along with her expressing her own deep sadness and heartbreak over what had happened to me.

So sometimes, admitting you want someone’s approval can be the gateway to deeper connection and intimacy.

I know some of you are probably thinking, “I’ve never told that lie. There are some things I just would never do,” but the truth is, when we are triggered by something another person has done and we find ourselves getting self-righteous over it, chances are, somewhere in our lives, we’ve done it ourselves.

I know…this is a tough one to admit. Because when it’s really shady behavior, the human mind actually convinces ourselves that not only would we never do it, but that we’ve never done it before.

Let’s take the major heavy-weights off the table for discussion. Of course the majority of us would never kill, rape, assault, rob, or torture another person.

But what about smaller felonies that we may deny? Like stealing? This doesn’t have to be Winona Ryder style, how about the office supplies we take from work? Or moving in on a friend’s boyfriend/girlfriend/ex? You don’t have to get naked with them, but it can include the flirty, suggestive exchanges or innocent comments that start with, “If you were single, I’d be all over you.”

There’s a fine line between the truth and the lies we tell ourselves. I now find myself saying to people, “I’d like to think I’d never do that because I think it’s wrong…but the truth is, I never know what can happen, and I’ve done things before that I said I’d never do.”

Even the best of us—even the most honest, upfront, tell-it-like-it-is person—has lied.

Lying is not just telling someone something that is 100 percent untrue. Lying entails omitting information. Lying encompasses not revealing details about something that you know is going to upset your partner. Lying is talking “around” an issue and not admitting the full truth, rather than confronting it head on.

So yes, maybe you’ve never responded to a direct question with a lie, but not telling someone things you know would be important for them to know, or would paint you in a bad light, or would make you look selfish, needy, crazy, unlovable, indecisive, or ungrateful…

And better to admit that you’re just human like everyone else and own all of it. Every little bit of it.

Trust me, it’s the most freeing thing you’ll ever do.