20 Reminders for the Feminists still Resisting. 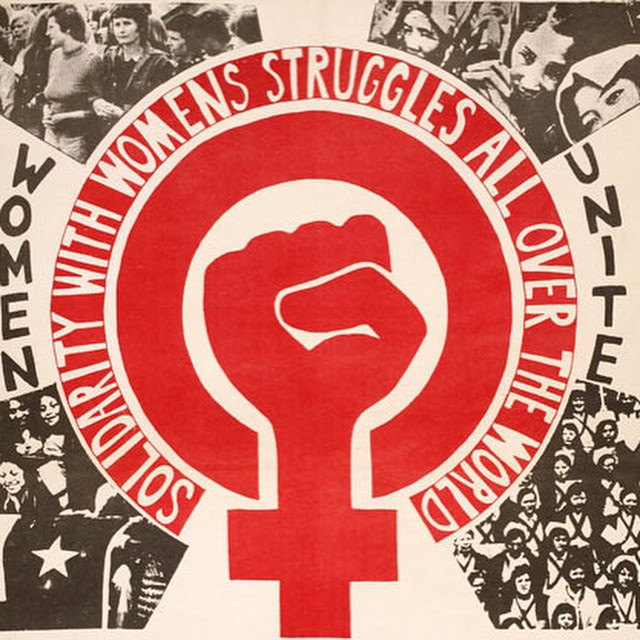 Warning: Some adult language ahead!

It can be easy to get discouraged.

I’ve experienced quite the severe backlash from friends and family members at my continued efforts to spread awareness about feminism, rape culture, and other social justice issues.

It would be easy, in a way, to just stop. To sit down. To be quiet. To allow all of the criticism to silence my voice. To be accepted, rather than criticized. To be loved without judgment.

But haven’t we been silenced too long? How many times do we open our mouths only to be interrupted by men? How often do we have to sit through instances of mansplaining on our own areas of expertise or be treated like we’re less than because we were born with different genitalia?

How often is religion used as the tool to oppress us, rather than a place of loving kindness and acceptance? How often is our competence called into question when we aspire to leadership positions? How many times do we have to endure catcalling, unwelcome touches, and the litany of names that are directed at us no matter how quiet and pleasing we try to be? Bitch, cunt, ball-breaker.

I have been reading Fried Green Tomatoes at the Whistle Stop Café, a book by Fannie Flagg. I’ve seen the movie—haven’t we all? But it’s strange that I never read the book, avid reader that I am. But I was reading it, and I identified so strongly with Towanda, Evelyn’s imaginary liberator of women everywhere.

As I read about her journey and her growing anger as she realized that her quiet humble attitude wouldn’t protect her from hate and sexism, I was reminded that many women have yet to experience this transformation. Some never will.

And while it’s not comfortable or easy to look closely at rape culture or sexism, it’s important that we do it. And more important still that we get to a place where we’re able to work to bring about change and to be strong, independent women who support and encourage other women.

I’m sure that the women who haven’t experienced this change (and the men who don’t understand it) think that I’m just a man-hating bitch. A liberal. An angry, bitter woman.

But the truth is that I love being a woman. I love my life, and while I do have levels of anger about the injustices that I see, I’m moved by my love for myself and the women in my life more than I’m moved by the anger for the way that we’re treated.

No, it’s not easy to be hated or judged for standing up for what’s right, but that doesn’t mean I’m going to sit back down. It certainly doesn’t mean I’m going to shut up and fade quietly into the background. I won’t stop being the nasty woman they accuse me of being until all women are accorded basic human rights as their due—not as a special privilege we are occasionally granted.

For the other women still resisting and feeling the strain of it all, I offer these 20 reminders of the importance of our work. I hope these quotes encourage you when you feel tired and give you the strength to continue fighting for the rights of all women and the rights of oppressed people everywhere. May it be of benefit!

3. “I raise up my voice—not so I shout, but so that those without a voice can be heard…we cannot all succeed when half of us are held back.” ~ Malala Yousafzai

4. “A girl should be two things: who and what she wants.” ~ Coco Chanel

5. “Feminism has fought no wars. It has killed no opponents. It has set up no concentration camps, starved no enemies, practiced no cruelties. Its battles have been for education, for the vote, for better working conditions, for safety in the streets, for child care, for social welfare, for rape crisis centers, women’s refuges, reforms in the law. If someone says, ‘Oh, I’m not a feminist,’ I ask, ‘Why? What’s your problem?'” ~ Dale Spencer

6. “Never doubt that you are valuable and powerful and deserving of every chance and opportunity in the world to pursue and achieve your own dreams.” ~ Hillary Clinton

7. “I am a woman with thoughts and questions and shit to say. I say if I’m beautiful. I say if I’m strong. You will not determine my story—I will.” ~ Amy Schumer

8. “How can we affect change in the world when only half of it is invited or feels welcome to participate in the conversation?” ~ Emma Watson

9. “The truth will set you free, but first it will piss you off.” ~ Gloria Steinem

11. “People call me a feminist whenever I express sentiments that distinguish me from a doormat.” ~ Rebecca West

13. “No one is your friend who demands your silence or denies your right to grow.” ~ Alice Walker

15. “What’s the greatest lesson a woman should learn? That since day one, she’s already had everything she needs within herself. It’s the world that convinced her she did not.” ~ Rupi Kaur

16. “I feel like if you do believe men and women have equal rights—if someone asks you if you’re a feminist, you have to say yes, because that is how words work. You’re feminist if you go to a Jay Z and Beyoncé concert and you’re not like, hmmm, I feel like Beyoncé should get 23 percent less money than Jay Z…also, I don’t think Beyoncé should have the right to vote, and why is Beyoncé singing and dancing? Shouldn’t she make Jay a steak?” ~ Aziz Ansari

18. “Abandon the cultural myth that all female friendships must be bitchy, toxic, or competitive. This myth is like heels and purses—pretty, but designed to slow women down.” ~ Roxanne Gay

19. “I am what is called a sex-positive feminist. Or maybe a radical feminist, or wait—this one’s cool: an anarcha-feminist. Which is to say that I don’t give a fuck about your labels. I just want to hear the true voices of women self-expressing—smart ones, stupid ones, ugly ones, beautiful ones, good ones, bad ones, fat ones, thin ones, all of it—until the profound silence that has resonated throughout history is filled with a healthy chorus coming from our side of the aisle.” ~ Liz Phair