A Buddhist Teaching for Making Friends with Unfriendly Feelings. 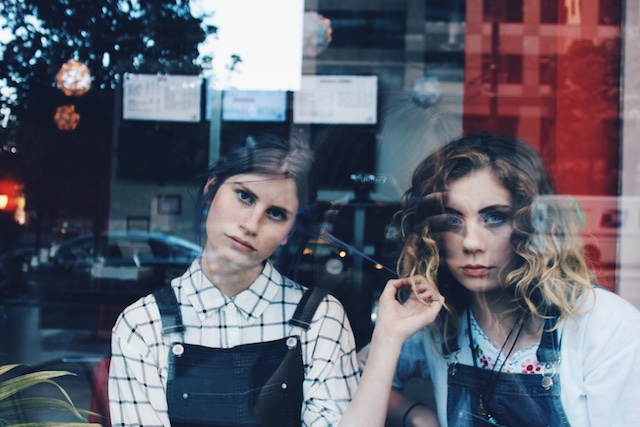 My entrance into the world of bachelorhood was originally bespeckled with hope and daydreams of new and exciting connections with members of the opposite sex.

This vision drew primarily upon my past experiences of being single. Lately, it seems, however, that the world is deeply invested in reminding me that I am older now and should carry myself apologetically into new situations so the beautiful, young people in my periphery aren’t offended so quickly.

I was carrying on what I considered a benign and lighthearted flirtation with a woman. A friend of hers—who also happened to be a friend of my ex—did some justified investigating into me and went on to tell this woman that she couldn’t understand why we were engaging with each other as we were. She just couldn’t picture her friend with “some old white dude.”

When I heard about this, I felt an immediate sense of anger and hurt—a tightening. In my head, “old white dude” conjures images of Bernie Madoff or Noam Chomsky.

I am a singer, a guitar player, a poet—I am Peter Pan! How could this person just go around saying these completely unsolicited and gratuitously mean things about me? I did nothing to warrant this treatment.

A few seconds after I bathed in those thoughts, I began to quietly lament the fact that I am, in fact, 47 years old, and it is quite possible that my best years are sadly behind me.

What is utterly humorous about this is that intellectually, I am well aware of the fact that things in my life have never been so full of wonder and determination. I am, undoubtedly, in a creative era like none I have ever experienced. Every other day it seems like lost dreams are finding me again.

In Tibetan Buddhism, the way that I reacted was a perfect illustration of shenpa, or attachment. But as Pema Chödrön noted in her book Taking The Leap, calling shenpa “attachment” doesn’t really scratch the surface of this pain that we are all so addicted to. It is the phenomenon of getting angry and ruminating about the perceived slight and then, finally, questioning or even admonishing ourselves.

Shenpa is what causes us to reach for the chocolate cake, the cigarette, the Valium, or the phone call to our friend to b*tch and throw those who have offended us under the bus. Shenpa is both the itch and the need to scratch.

It steals our ability to be present because we usually end up trying to do anything we can to run away from those uncomfortable feelings. Lashing out, indulging in addictive behavior, and venting are all forms of escape. Unfortunately, these forms of escapism rarely allow us an actual reprieve.

Thankfully, Buddhist teachings show us how to handle being triggered by shenpa.

We must try to be an observer of discomfort. We must embrace it. When we learn to breathe through such things, we are finally able to remove their toxic effect on our well-being. We can see that these events that hook us are neither good nor bad—they just are.

Often we spiral downward so quickly after a negative interaction that the shenpa begins before we can catch it and question it, but this is where we need to practice being mindful. This is where renunciation comes in. We must renounce our need to get lost in the murkiness and darkness of the pain we are so addicted to. It does not serve us to reject everything that we don’t like. In fact, these same teachings posit that the root of all our suffering as people comes from self-absorption and the inability to be present.

I used to believe that I struggled with low self-worth because of something negative I was unconsciously projecting to the universe, but according to Chödrön’s explanation, we are given endless opportunities to make friends with the feelings we feel the constant need to run from. She suggests we learn to co-exist with what is every chance we get because we will inevitably be faced with these same issues on a grand scale, so it serves us well to practice as much as possible.

It happened to me today at work. It was my second day with a much-esteemed company in the trucking business. I was overwhelmed, being pushed by the guy in charge, and ended up hitting a bridge with the top of the truck. This is one of the deadly sins of my profession and usually results in termination and quite a bit of difficulty finding employment elsewhere.

I pulled onto the shoulder and turned off the motor. The feeling that I just lost the best job I ever had three days after I started began to swarm over me like a group of hornets. I thought about shenpa and recognized what was happening for exactly what it was.

First I took a step back. Then, I leaned into all of those horrific feelings. I tasted the feelings and observed where my mind, unchecked, wanted to run with them—outside the present moment.

The trick is to not be seduced by that urge because as much as I felt like I was suffering in that moment, giving in to shenpa would only buy me more and more situations to experience this in my life. I felt a tear roll down my cheek and I began to ask myself what I was going to do. I got quiet. Once again, I leaned into the present and imagined all of the thoughts that we’re trying to remove me from the moment as loose leaf pages in an open binder—each unhealthy thought taken by a gust of wind until I was just the observer.

This is not easy to do, but it is essential for us to get used to allowing ourselves to get unstuck. It gives us the opportunity to project less venom at ourselves and into the world.

I was given a second chance at work—which is almost unheard of. And when the tightening happens again, which it invariably will, I know exactly how to stay present.