A Widow Experiences Laughter Yoga for the First Time. 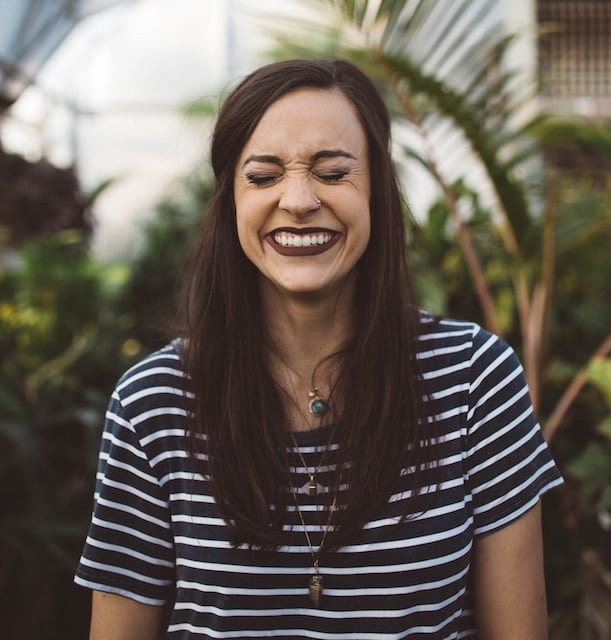 I live about 45 minutes west of the yoga center in Orlando where I was attempting to join an Aerial Yoga class.

I had caught evening traffic and arrived at the studio only to find that I was five minutes late and the Aerial Fundamentals class was already full.

However, there was an alternative. A donation based “Laughter Yoga class with Kirtan” was in session, and there was room for me to attend. This class was created a few days after the Pulse Nightclub shootings. Donations would benefit the victims of the shootings.

At the time, I was taking a 200 Hour RYT Yoga Teacher Training course with a phenomenal female teacher at a different studio. I remember seeing a few teachers from my teacher’s studio at this Laughter Yoga workshop too.

Let me preface this story by telling you that I had just moved to Orlando a few months prior to the Pulse Nightclub shootings. My husband had died on September 10th, 2015. He was 49 years old. We shared a son together.

I had left my entire life behind to move to Orlando. I lost myself. The person I was had died, and I was in the midst of recuperating from what felt like getting hit by a Mack Truck. I turned to yoga and fell back into the practice when I could finally find childcare for my son.

I have practiced yoga for 15 years. I started when I met my husband, and yoga was what got me in shape, helped with my stress, and helped me fit into my wedding dress. I had continued to practice after I got married because it brought me much needed tranquility.

My husband died, and yoga was the only place I could cry and let out my inner screaming soul. I could have gone insane during that time. Five months after his death, my son and I had relocated to Orlando, and I started my 200 Hour RYT Yoga Teacher Training.

I was ever so thankful to learn the fundamentals of yoga, Patanjali’s eight limbs, The Bhagavad Gita, The Upanishads, and everything else. It wasn’t easy introducing myself to anyone during this dark time for I had no clue who was staring back in the mirror. I was in a place between autopilot and utter sadness. It was truly my darkest time.

I had always thought of Laughter Yoga as hokey. Being a former New Yorker with the innate ability to use cynicism as a coping mechanism for things not understood, I thought to myself, “You’ve gotta be f*cking kidding me.” How could this be beneficial to me? Can I take this seriously without bringing out my inner propensity to be sardonic?

Some of the yoga teachers in that workshop knew I was a widow. Some of them even witnessed me crying sometimes during my practice (as if I could help it at the time). I saw a middle-aged curly haired woman in the center of the room. She began to initiate the workshop. She instructed everyone to stand in a circle.

Suddenly, I was thrust onto the floor and placed next to Bob. He was the one who thought this class would be good for me. Within seconds, I forced myself to turn off my cynicism, shrug my shoulders, and surrender to the experience. I thought, “Well, at least I could tell people I have done this. Aaaaaaalllllrighty then!”

The curly-haired woman explained that spontaneous, voluntary laughter can be physiologically good for people. She then proceeded to clap and talk about how eye contact was important. She then proceeded to do various exercises involving speaking gibberish, gesturing, and laughing spontaneously. Voluntary laughter would then become natural laughter in the practice. And ha ha ha we went. We weren’t allowed to say real words, just gibberish and various gestures with intermissions consisting of clapping while saying, “Here we go, here we go, Yaaaaaaayyyyy!” (with our hands raised to the air).

It began with forced laughter. I followed along as best I could. I remember seeing some of the yoga teachers sneak out of the session from the back. I tried to escape but was intercepted by a stare in the face speaking to me in gibberish and laughing. I tried to stay cynical, but alas I was forced to surrender. Various people grabbed my hands. I then saw warm faces laughing at me, and with me. I gibbered back and laughed out of politeness.

I started to become amused by the experience. I surrendered and lost my cynicism. It went away. It happened when we had to shake hands with one another. I stared at warm faces, laughing, and grabbing their hands. Yes, I began to grab hands, rather than feeling people grab mine. I began to sweat. The whole room felt hot. That is when people began hugging one another as we continued laughing and speaking gibberish.

It was at that time that I began to appreciate my deep affection for deodorant. I appreciated anyone who also had the same reverence to antiperspirant—yet I still hugged other people who did not. My cynicism came back, as the ones whose antiperspirant worked less effectively than mine hugged me tighter, but I felt compelled to channel it toward the exercise of laughter.

My laughter became very genuine and melted the cynicism away. It felt great, despite the waft of armpit that began to creep into my nasal passages. I hugged them back. I needed to. It’s not every day that strangers and non-strangers engage in the exercise of spontaneous laughter. I haven’t felt silly in quite some time.

Toward the end, we lied down on the floor. It was at this moment when I felt the soreness in my abdomen. I could not believe how much laughter could hurt. I discovered how laughter can exercise the diaphragm. As I laughed, I felt my diaphragm push itself up and down, bringing in the breath and expelling it. My abdominal muscles were very much awakened. I felt no awareness of this while I was standing. I felt tired, but still very happy.

My head was light at the end of this. The room was suddenly filled with very silly people. I hugged a teacher and she felt amazing. I couldn’t believe how much my head needed to relax.

Laughter really helped me let go of all my reservations that evening. I was giddy. My teachers noticed just how giddy I got. They were surprised and happy for me. I knew they meant it. This workshop helped release the fury, sadness, and anger from my mind and replace it with silliness.

I went home that evening feeling happy for the first time. I had lost my lingering sadness that evening—and I could go to sleep with a smile.
~ 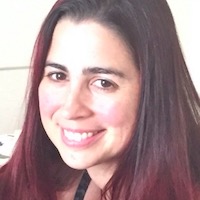