I was Never Wanted as a Child. 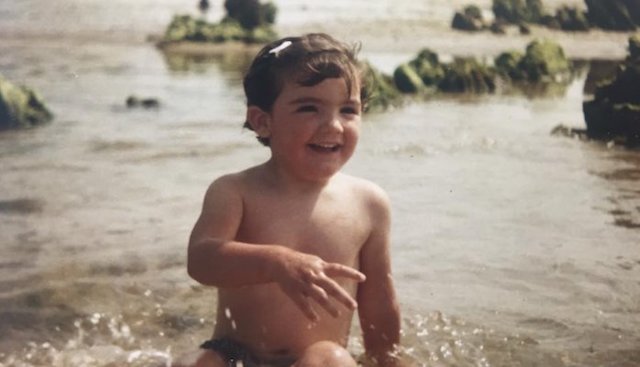 For what it’s worth, I would have rather been put up for adoption or even abandoned in a trash can.

That way, at least, I would have known reality, and not had confusing messages.

I was never a wanted child.

Ever since I can remember, my parents said to me that I had been a mistake and that I was born because “they had to have a child to prove they could.” As if I was one of those perfume samples given away at the mall. For a long time, I wished these words were just a joke. A very cruel one, but a joke nonetheless.

When I was 15, my parents left me living on my own to go take care of my grandmother. She was not living that far away. I could have moved with them—a solution could have been found. But all I got for an answer when I asked them later in life was, “You didn’t want to move with us.”

I faced it as well as I could and became an adult in 24-hours. I had to do my laundry, make my food, go to school, and deal with my life. I did not know how to do any of these things, so I had to learn on the go. Through a few stained clothes and a lot of either burnt or half–cooked rice—I learned.

The family situation did not improve when I reached my 20s. I got married, and they did not attend my wedding. I got divorced, and it was my fault. I was in multiple relationships in which I was left. “It is your fault,” they said, “you are a doormat.”

How could I be otherwise?

I was giving until I was getting sick. Maybe, that way, I could show my parents I was worthy of their love.

All the breakups I went through and the constant rejection I had to face were the great catalyst for coming to terms with the lack of love I had suffered a child, and which had not improved as an adult.

It was easy for me to identify the suffering when it was coming from other people. They did not want me. They left me. End of the story. However, being aware and realizing that the core of my suffering had its roots in the very people who were supposed to be my caretakers was an unbearable pill to swallow. I could not. I did not want to.

Reality exploded in my face when I was fired from a job and decided to start my own business. I moved to Bali, where I had to be hospitalized for a few days due to dengue fever. The headaches were unbearable and I really thought I was going to die there, without anyone knowing.

At the same time, it was a liberating experience. I was done. It was over. I could finally rest.

They did nothing to help me. And yet, I returned to their home because, maybe, this was the time I would be able to get some love from them, even if it was out of pity. I was bargaining. Bargaining for what I thought was a right.

It was not easy to swallow. I had been in denial for years. The thought of my parents not loving me was too much. However, facing this truth was also what set me free.

I took a photo of myself as a kid and said to myself, “It doesn’t matter whether you were loved or not. I am an adult now and I will take care of you. I will nurture you. I will achieve all your dreams. We will be happy together.”

I found other people who had been through the same situation. I read their stories and I realized that another life was possible. They could make it and I was going to make it too.

I started again from the basics. I understood that I shouldn’t be trying to prove myself worthy of love to people who were not going to love me anyway—that included my parents. I also understood I had been self-sabotaging my whole life. The moment I realized they were not recognizing what I was doing, I made sure I destroyed it. Jobs, relationships, and even my life at a certain point.

I also had to redefine my concept of family, or non-family in this case, and what it meant to me. Could I create a new family for myself? What was love?

I learned the power of boundaries. I learned to build my confidence and crash my perfectionism—it was not helping me anyway.

I learned to give to myself everything they never wanted to give me: To nurture me, to hug me, and to recognize even my little achievements.

Life was giving me another chance to be happy and I was ready to grab it! No more looking back. While my love for myself was growing, the love I once felt for them was dying. For the first time in my life, there was not a hole inside of me. There was not a longing. I was full and complete as I was.

Being an unloved and unwanted child is probably among the worst experiences we can have in life. It is so destructive that it can rock our paths for the rest of our days.

I consider myself lucky to have been able to reverse this situation and find my own love inside. In the end, this is the love that belongs to me and no one can take it away without my permission.

I have finally been adopted—by myself.
~ 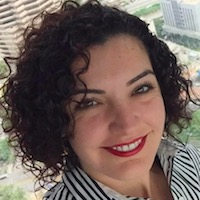