Is Wonder Woman Empowering or Controversial? 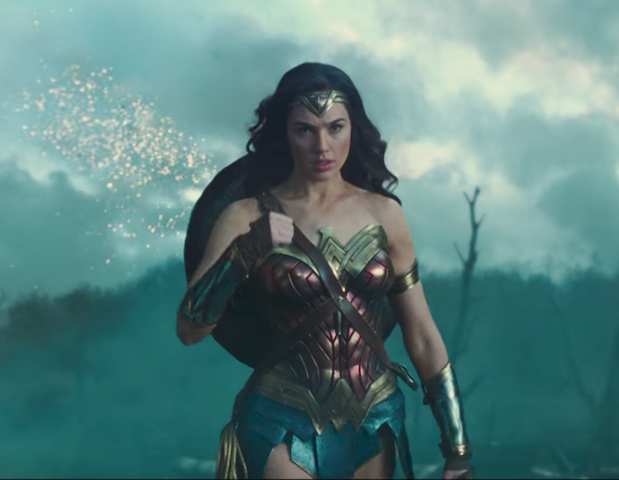 When I think about my identity, I find it hard to label myself.

I must admit that I am not very keen on labels, so I end up trying to avoid them as much as I can. However, sometimes I feel like the mere act of pinning down the ideas I disagree with is, in reality, another way to define myself.

I don’t know if I’m a liberal, for example. I am not sure about how I feel toward my being a feminist. But I know that I cannot be a conservative. Not to mention, I cannot avoid thinking, and talking, about the topic of equality. I love the word “womanist,” as it evokes a sense of familiarity in me, and completely despise the term “meninist.” I’m slowly coming to terms with the realization that things I don’t like define me as much as the things I do enjoy.

Last week I went and watched “Wonder Woman,” and true to how I deal with labels, I was not certain about where to stand with it. I’ve seen many people praise it, and I’ve read many reviews that appeared unimpressed.

As for my friends, some have joined in the chorus of those reviewers who deem the film empowering, yet many others have been vocal about boycotting it—and I can understand their anger.

However, I couldn’t understand it personally, so I went and saw the movie. I don’t wish to dwell too much on the boycotting story, but it goes like this: Among the many interpretations of the motion picture, one that’s getting settled among human rights activists is that of Zionist propaganda.

The interpretation is fuelled by the fact that Gal Gadot, the main actress in the film, is Israeli and a big supporter of the army of that country. In other words, Gadot is unapologetically supportive of war and its consequences (the killing of many innocent people in Gaza, for example).

It is a difficult and unsettling topic for sure. Many people argue that you cannot be both supportive of the Palestinian people and enjoy “Wonder Woman.” According to their point of view, this is pretty much like staring at a rabbit-duck optical illusion. You can’t really see both rabbit and duck at the same time. Likewise, you can’t enjoy the movie without being profoundly insensitive to the struggle of our fellow Palestinian sisters and brothers.

I respect and honor their opinion, but I beg to differ. The fact that I couldn’t feel anger toward the actress and all the nasty ideas that she defends, does not automatically put me in a place of complete disregard to the lives of millions of human beings who are suffering right now under the Israeli dominion.

I feel things are more layered than that interpretation. I believe the movie can feel empowering to all types of individuals, whether they are aligned to Gadot politically or not.

So I suppose the act of watching the movie is now part of the things that define me, somehow. Just like many people I know (and probably millions of women), I went and saw “Wonder Woman” not because I agree with war, genocide, and invasion.

I did it to feel empowered. Because I grew up under the impression that if there is such a thing as “saving” the world, the undertaking would most certainly be accomplished by a man. Thus, seeing a woman kick ass onscreen provided me with the relief of validation that took ages to materialize.

I am grateful “Wonder Woman” exists as a story, and as a movie. I believe each little girl and each woman on this planet can benefit from its portrayal of women as strong and fearless beings. Because that portrayal is real—but the entertainment industry somehow failed to value and promote. Maybe they were just too immersed in their usual patriarchy-oriented tropes. Or maybe it’s just that they evolved along with the audience (the market, I mean).

Perhaps a superhero movie has no potential to effect change in this world. I’m well aware of that. However, I also know and feel that the previous narrative (a white dude in charge) is slowly giving way to stuff that better reflects the diversity of the human experience.

That shift is important, and cannot be ignored. The brave side of the feminine energy is here to stay, and that, my friends, is nothing short of fascinating.

I believe that fiction is one of the best ways to reflect upon reality, so I bow to the power of a movie like “Wonder Woman,” and dare to identify with its depiction of women as powerful.

At the same time, I continue to be vocal about ending war and its consequences, and I think it is perfectly okay to both enjoy the movie and feel empathy toward everyone who suffers. 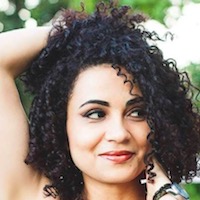