I’ve Tried going Vegan & it’s Just Not for Me. 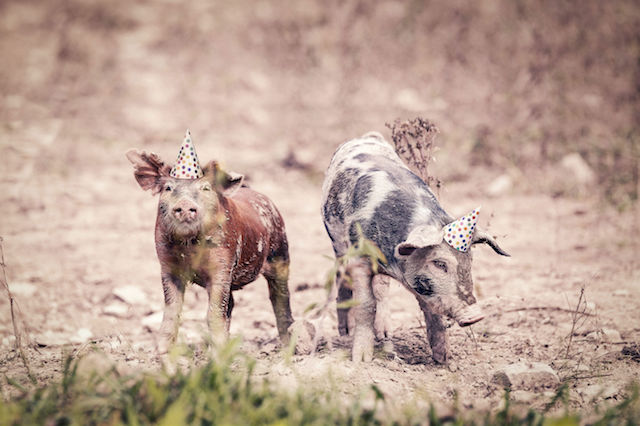 Yesterday, I visited the homestead of an old family friend with my mother, and this particular friend happens to raise animals.

I won’t pretend to understand everything that happens on her homestead, because I identify firmly and proudly as a city girl who has never once had to kill my own meat, but I do know she raises these animals, breeds them, and uses them for meat as well.

She took us for a tour of the homestead, and she showed us her pigs, her cows, and her cute, little bunny rabbits. After the tour was over, we were sitting on her porch, and I had one of her dogs sleeping on my lap. She told us about the backlash she and others like her have to face for raising animals for meat.

She told us about a friend who received death threats. She told us that she has been accused of raping her cows to get them pregnant and of being cruel and heartless for murdering innocent creatures.

This got me thinking about the attitudes many have about hunting or farming for meat. A few months ago, I heard from one woman (a yoga teacher and vegan) that hunting was worse than buying meat from the grocery store, because at least you weren’t actually killing an animal.

And here’s the thing—I don’t really know where I lie on this whole vegan/vegetarian/meat-eater debate. I don’t eat a whole lot of meat—not by a rule, but because I’m not the biggest fan of it. I’d rather get my protein from other sources. And when I do eat meat, I try to get it from socially conscious farms, similar to my family friend’s homestead.

I believe that human beings are omnivores, and some of us have a harder time living without meat than others, but I also believe that we as a society have progressed enough that we can easily get protein from other sources, like beans. So I don’t disagree with anyone in this argument; I see all sides. But I don’t understand how hunting or independent farming is worse than buying meat from the grocery store.

Going back to the ways that society has progressed, we no longer need to be honest with ourselves about where our meat comes from. Meat does not come from animals, it comes from the store! We can go for a jaunty walk to the supermarket, pick up some delicious bacon, and not once think about the pig that had to die to give us that meat. And more than that, we don’t even think about the sort of life that that pig lived.

Animals in factory farms are kept in tight spaces, crowded out by hundreds of their own kind, many of them rarely even seeing the sun. They are fed growth hormones so they can be slaughtered as soon as possible, and there is increasing evidence that these growth hormones are harmful to the health of the humans who eat this meat.

Now, contrast that with the lives animals lead when they are raised in independent farms, or homesteads like my family friend’s, or killed by hunters. These animals spend their days outdoors, roaming free. They get to run, play, and eat as much good food as they want. These animals lead a life—and then, yes, they die.

Isn’t it better to be aware?

I feel awful for my family friend, receiving threats and insults the way that she has when, really, she is closer to the source of her food than many of us are. She has a relationship with her animals, she loves them and takes care of them—knowing her the way I do, I cannot doubt that. She knows where her meat comes from, and she makes sure that before they die they lead a fulfilling life full of love and happiness.

That is not an evil thing. That is not something that anyone should look down on. Rather, that is something those of us who choose to eat meat should try to emulate.

And when I say that, I don’t mean that we all need to start our own homesteads or go hunting—personally speaking, I know I wouldn’t have the heart for it. All that I’m saying is that we need to be educated about where our meat comes from and make sure that when we do eat meat, it comes from socially conscious sources.

Seek out independent farms and buy your meat from there—you can find these farms represented frequently at your local farmer’s market. Not only will you be healthier and supporting your community, you will be much kinder to creatures who depend on our benevolence.