Maybe I’m Just too Much for Him. 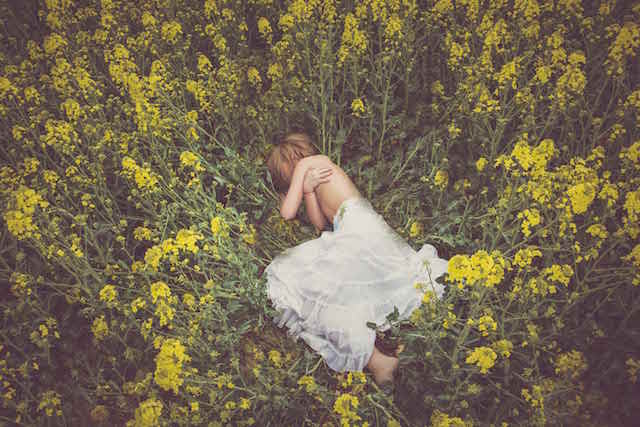 She looks in the mirror and runs her hands through her hair, then lets her arms drop to her sides.

Staring at the girl who stands before her—pretty but not perfect with beautiful blue eyes. She blinks and feels a tear run down her cheek. Yet again, she stands here as always. Alone.

She meets him, falls for him, but he just can’t handle her intensity—her sexuality and the heart she bares on her sleeve. Her dreams of the white picket fence and waking up next to another disappear like fog in the morning sun.

She wants the passion of a kiss that leaves her not only weak in the knees, but tingling between her legs. She wants the sweetness of a man’s touch that leaves whispers of love and the unspoken promise to protect her, always. She not only wants to feel the burning desire to reach out and touch him, but also the same desire in his eyes when he reaches out for her.

She misses the electricity that passes between them as her soft fingers touch the familiarity of his rough, weathered skin.

She knows he dreams of her. Down in the kitchen she pours another glass of wine—watching the red liquid pool into her glass. She curls her legs beneath her and wraps an arm across her chest, breathing in the summer evening air. Glass of wine in her hand, she can almost smell him when she closes her eyes. Even though he is nowhere in sight, she knows he smells of sweet aftershave mixed with the unmistakable scent of hard work.

The night breeze rustles the leaves above her. She wraps her sweater around her hips a little tighter, imagining his arms wrapping around her small frame. His solid body pressed up behind her as his callused hands run up and down her arms. The feeling of his five o’ clock shadow on the side of her face and the sweetness of his breath as he exhales softly. She feels safe in his arms. The scars and marks on his skin are a road map she unconsciously memorized. A road map that her fingers blindly follow, twisting up into his dark hair.

Neither of them are perfect, each have their faults, but they are somehow entwined in a perfectly imperfect world together. A place where laughter is music and tears are the building blocks of a strong foundation. Where daily conversations flow easily and without judgment. Where the heat of their bodies and their shared desires create an intimacy that tears down the walls that they each have spent years building.

Taking a long, slow sip from her glass, she looks around. She knew as soon as he had seen the scars, the strength of the women she is inside, she would be too much for him and he’d be gone.

So she sits and dreams of him with the faith that another “he” is out there. She knows that if it’s really him, that even though they have never met, he’ll be drawn in. He won’t be able to resist her because he has been searching too.

She leans over the counter in the darkness and reaches for her phone. She wonders why she tortures herself like this. As she unlocks her phone, she sees the familiar name. One that still gives her butterflies at times, but also sorrow. Opening her messages she rereads one she received earlier from the man she cared for so deeply, the man whose children she loved and cared for along with her own.

“I have never, in all of my relationships, been with anyone who causes me such grief as you do.”

The words bring tears that sting her eyes, and she feels them spill over and run down her cheeks. In her mind, this was the last straw. She was the worst. She was too emotional, too up and down, too sensitive, too much herself.

She spent the rest of the evening crying into the night. She cried for everything: for herself, for him, and for his children.

That night, sleep was just beyond her reach. The constant reflecting on the things she’d done and the pain she caused kept her eyes from finding the peaceful rhythm of sleep. As she laid there in the darkness, listening to the silence of the house, one thought kept pushing its way past the voices. One thought that created a need she felt deep in her chest that spread through her like a cold shot of tequila.

She got out of bed, the frame creaking under the change in weight. She walked halfway down the stairs before she stopped. She wrapped her arms around her naked body. She had full intention of making her way down to the kitchen, pulling a knife out of the knife block, and watching the light reflect in the cold metal of the blade as it pressed into the warm skin of her left arm.

In her mind, she could already feel the pressure and pain as she deftly pulled the sharp blade along her skin.

Her hands began to sweat as she stood in the dark staircase. Stopping herself halfway down, she sat down on the step. Doubt and fear creeping into her thoughts like a prowler looking in on a stranger. She stood there, halfway to the release, unable to make it the rest of the way down to the kitchen. She slowly rose to her feet, turned around, and walked the short distance back to her room where she crawled back into her bed.

She laid there in the darkness and let the sadness wash over her like waves in the ocean. It would have been easier to use the knife. It would have been easier to deal with the aftermath of the cutting, come up with the lies about why her arm was bandaged, easier than walking through the day in a daze, eyes bloodshot and puffy. Face robbed of a smile. Voice void of emotion.

But today, two days later, the rain clouds are lifting. The sun is starting to shine again. It’s these moments that give her hope and faith that this process is just that—a process. One that takes time and will take it’s toll. At the same time, it will give her courage, confidence, and hope.

There will be days where she not ok, and that’s ok because there are days when she will find the faith she needs that will feed the seeds of courage and confidence.

The seeds that grow toward the light and bloom. 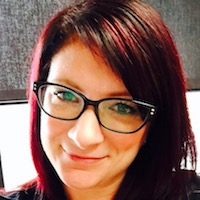