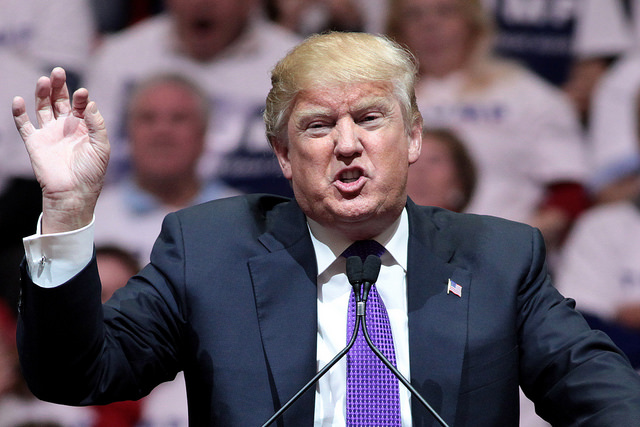 Although it will take a few years to kick in, backsliding on the 2015 Paris Climate Agreement is a woefully misguided and embarrassing decision by our current White House incumbent.

And no, your sleazy quip, “I was elected to represent the citizens of Pittsburgh, not Paris,” won’t cut it, Mr. President. Not when you leave the citizens of the world choking for their next breath when global temperatures from fossil fuel emissions could spike to 3.6 C by the end of the century.

No one’s disputing that economic growth, jobs, and homespun energy production are important. This is true in any economy. But when the energy you are referring to is not clean, sustainable, or renewable, and your only focus is on short-term gains, the world will have something to say about it.

And the world has spoken.

As noted on the BBC World News:

>> European Commission President Jean-Claude Juncker, opening a summit with China in Brussels, said, “There is no backsliding on the Paris agreement.”

>> Indian Environment Minister Harsh Vardhan said, “As far as the Paris accord is concerned…our government is committed, irrespective of the stand of anyone, anywhere in the world.”

>>The 48 least developed countries were deeply disappointed, but believed the global climate momentum would continue with or without the United States, said chairperson Gebru Jember Endalew.

>> Small island nations, whose existence is threatened by rising sea levels, were also critical. The President of the Marshall Islands, Hilda Heine, said it was “highly concerning for those of us that live on the frontline of climate change.”

So what will it take to pull this charade back and get the U.S. leadership to listen to the collective will of the world? Who knows? In essence, political posturing and a will for power will need to be replaced by a real will for change by our world’s most powerful leaders.

But I have hope: In my debut book, Do It Anyway: Deep Spirituality Meets Real Life, I reflect on the direction I believe we need to take:

“I believe it is well within our grasp to clean up our fossil fuel energy mess around the world, and start investing our time, resources, and ingenuity in developing clean, renewable, inexhaustible, and freely available energy sources.

For this to happen, it will inevitably come down to our will for change and the radical transformation in human consciousness that needs to emerge in order for these possibilities to become vibrant realities. And they will become vibrant realities. Because new movements of ecological vision and sustainability are springing up all over the world. New spiritualities and cultures centered on loving communion with all sentient and non-sentient beings are emerging. Eco-activists are drumming to a new beat—a new energy of hope even in the face of unlistening and dispassionate leaders.

And their voices and initiatives will be heard, because they are the voices of new ecological birthing in our midst.

Exploding oil trains, nuclear plant disasters, fractured mountains and ocean floors, contaminated soil, addiction to petrochemical products and fossil fuels, and synthetic foods are symptomatic of the greatest human misadventure of our times—industrialization and mechanization gone AWOL. We’ve literally, and unintentionally, taken leave of our senses. We’ve severed the one vital connection that grounds us to who we are: our interrelatedness with the entire web of life. We are living, conscious beings who are only living, breathing and conscious, because everyone and everything else around us—past and present—make this possible.

Buddhism has an eloquent term for this. It is called, “Interdependent Co-Arising.” In other words, everything arises in dependence upon multiple causes and conditions. As a human species we are not, individually or collectively, a singular, insulated entity. We are in a mutually interdependent relationship with the whole created order. We can deny, overlook, deride, dilute, and forget this all we like; and we can continue to feed our pathological arrogance for some years to come.

But, the writing is on the wall for our eventual demise, if we stubbornly persist in this mass delusion.

Zen Master Thich Nhat Hanh was once asked what we need to do to save our world. “What we most need to do,” he replied, “is to hear within us the sounds of the Earth crying.”[i]

When a blind and arrogant demagogue is calling the shots—or thinks he is—then yes, things can look a little gloomy. But the planet itself is a natural survivor. As I note in my book:

“The earth is a living, breathing, conscious organism. I’m not concerned about its survival. It has cleansed and restored itself before and will do so again, if necessary. But this time around, we may have gone too far. Such a deep planetary ablution may necessarily herald our demise.”

My closing caveat here is, I believe, true but eminently avoidable. If anything, our president’s latest faux pas on the world stage has only intensified the passionate will of the world to regroup and take this fight to the next level.