What’s Cheating & How to Decide to Stay or Go. 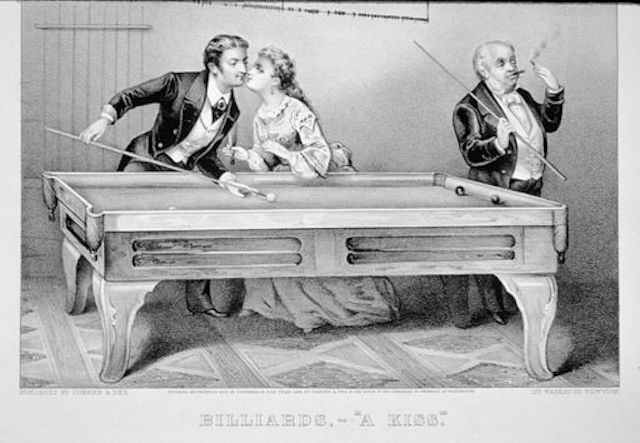 What we do when someone cheats matters because it reverberates on, influencing everything that follows.

Often in the face of cheating, we are reactionary, upset, and without resources, which is why the specifics of what to do when someone cheats are so important.

Read them carefully, share them with friends and lovers, and follow them to the letter should you find yourself in this common, difficult situation.

What exactly is cheating?

Cheating is when someone has explicitly promised not to have sex with anyone else, and then has sex with someone else.

While that is obvious, it isn’t always that simple. Broken promises are the sinew of every relationship, the tangled network which composes coupledom. Every relationship has ample scar tissue composed of promises made and promises kept or broken.

There is the time that he said he would take out the garbage, and didn’t. The time she said that she would be home by 8 p.m., and then wasn’t. And the other time that she promised to lose five pounds, not yell at the kids, have dinner on the table, and run every day, but didn’t do any of these things with the consistency that she promised.

But there is something special about breaking a promise of monogamy. The special sauce involved in that promise is that it is a culturally endorsed excuse for kicking someone out of your bed, out of your relationship, or out of your life.

Any broken promise justifies repercussions, but the ones for cheating are spelled out so explicitly by our culture that few people who have been cheated on have any other option than wild, justified, overreaction.

But wait, maybe cheating is more complex than it appears.

Is it really cheating?

If Mary is at work on the third floor of the building, at the insurance company she has held a good job at for three years, and there is a fire on the first floor, and Mary panics, jumping out of the window in a misguided attempt to save her life because she hasn’t looked at the emergency fire exit diagrams for her building, and, as usual, Mary doesn’t have any panties on under her dress, and during her fall her dress happens to poof out, slowing her fall, and the wind feels good on her genitals and she gets a little wet, and as she races groundward there is a tall handsome fireman named Ben, or Jerry, whose fire fighting gear has had a malfunction leaving his zipper open and his penis hanging out, and Mary, by a quirk of fate, happens to land precisely on him in such a way that he both enters her and lets out a big moan at the same time then—and here is the important question—is that cheating?

Nobody in their right mind would suggest that it was, because Mary, though she had been married to Bill for 10 years and had never dallied, didn’t mean to have sex with Ben, Jerry, or whatever his name was.

So, to be cheating, sex has to be intentional—the breaking of a promise has to be within the purview of the cheater, or there simply isn’t any cheating.

Now, you may say that the instance described above would never happen, but you have to admit that however unlikely, it still could happen, and if it did, then cheating isn’t as simple as you imagine it to be.

But what if another man, Joe, is a bit tipsy, and finds himself in the presence of Beth, a co-worker (and not his wife), and succumbs to her advances and obvious willingness? How can any of us be sure that Joe, who hasn’t much backbone when it comes to confrontation, could actually, technically, say “no” to Beth anyway? So, is Joe really cheating any more than Mary was?

Cheating always looks so black and white, but it is actually a matter of degree—and humor.

There is an ongoing, age-old, raging dispute about whether our actions are ever really intentional, and if one lands on the side of that argument that says they are not, then cheating doesn’t really exist, because it is never really intentional and always some degree of accident waiting to happen.

But none of this is really relevant. The question isn’t whether someone is cheating or not. Let’s just assume that it is cheating, and your sweetie, after a couple of months, two years, 10 years, 30 years, or at your “golden anniversary” party breaks an explicit promise not to have sex with someone else—then what do you do?

What to do when someone cheats.

When someone cheats, the thing to do is nothing.

Yes, as difficult as it may be: Do nothing, and discover what sorts of sensations, emotions, and thoughts rise up naturally to meet the occasion.

I repeat for emphasis: Don’t do anything—at least not at first.

Cheating, like all broken promises, is a test of a relationship. And when your partner has cheated, you will be some degree of upset, bothered, angered, turned on, or reactivated. Notice how you respond. It might be very different than you would imagine or what is culturally dictated.

Witness your reactions and the evolution of them. Initial surprise may turn into horror, or anger, which might very well find its way to sadness. Don’t, under any conditions, attempt to punish, ostracize, or in some way teach your parter the error of their ways. They have their own fish to fry, burn, or gobble down raw, and they don’t need your help, predictions, threats, or judgments to assist them in coming to grips with their own role in all this.

Once you have observed the evolution of your reactions and dodged the tendency to grab a knee-jerk response and run with it, then it is finally time to contextualize what has happened.

You may be tempted to act long before the sensations have had their way with you, but don’t do it.

The first option many people consider when they are cheated on is whether or not they should leave the relationship, kick the bum to the curb, or otherwise let untethered righteous indignation rule the day.

What to do once the emotions have had their day.

Don’t seriously consider any action until the tumult of emotions have found their way through you, until you have cried so hard you thought you would dry up, felt so angry you thought you could kill someone, or felt so alone you imagined you might die.

Deep within all these emotions are the sensations we came to Earth to feel. And the evolution of these sensations is the prime benefit, along with having someone to share your birthday with, of relationship.

Once you have gone deeper, prompted by the emotions, then, and only then, is it almost time to consider what to do. There is one step left, which is exhibited by a recent conversation between myself and a workshop participant whose spouse had just cheated.

“Certainly not,” he insisted.

“Well, then you have a problem, because she had an affair, and there is no way to unring that bell.”

“Should I leave her?”

“That is a different question entirely,” I said. “You can’t answer that question until you want her to have had an affair, since she did.”

“But, I don’t want her to have had an affair,” pleaded the man.

“I understand. But she did. And until you want her to have done what she did, you are resisting what is. That never goes well,” I said.

“When you want her to have had the affair, you will finally be clear enough, open enough, and loving enough to isolate the question of whether you wish to spend another day with her or not, independent of whatever she did.” I continued, “Don’t let her affair chase you out of an otherwise great relationship, and don’t let one broken promise back you into a corner in which you will have to heat up your own TV dinners and consume them watching reruns of Gilligan’s Island while longing for her company.”

“But should I leave her or not?” he said.

“Only you can answer that. Staying with her might be sufficient punishment for her misdeed, leaving her might let her off the hook too easily. Or maybe you want to leave her anyway. You can leave or you can stay, but don’t let one, or even a series of broken promises, determine the fate of your relationship.”

Do what you want.

Long ago, the mystic Alister Crowley said, “Do what you want shall be the whole of the law.”

Don’t let cheating, or any actions of anyone else, undermine what you really want. Observe your reactions, feel your feelings, and then, when you have totally embraced what is, go ahead and ponder, in the light of day and with a bit of mirth, what it is that you really want.