Women: Your “No” means Nothing. 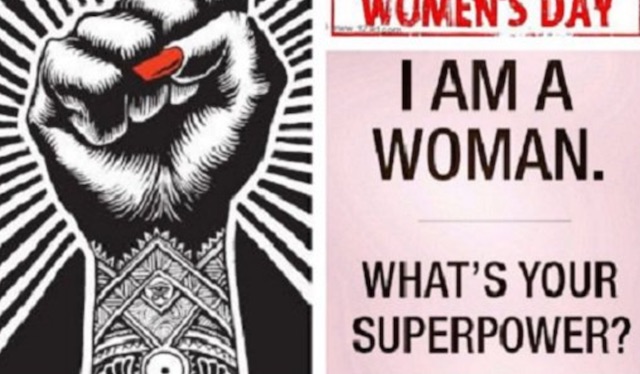 A 1979 law in North Carolina states that women in the state cannot legally withdraw consent to have sex once they’ve initially given it.

Recent cases, that in other states would have been prosecuted as rape cases, are not being addressed as such due to this outdated law. A bill is coming up this month to try to revoke this law in order to better protect women.

I’m wondering what decade I’ve woken up in. Or, what century. How is a 1979 law like this still on the books?

Well, it’s exactly what we can expect from a country that approved the 1972 Equal Rights Amendment and then sent it to the states to be ratified, which to this day has not happened. When we take a closer look at the states still having difficulty processing an amendment that simply states that, “Equality of rights under the law shall not be denied or abridged by the United States or by any State on account of sex,” we see that a majority of the holdouts come from the southeastern United States.

If these states are having difficulty simply ratifying an amendment designed to protect against sexism, why would we expect them to overturn clearly sexist legislation? This 1979 law regarding sexual consent was put into effect seven years after the Equal Rights Amendment was passed in Congress.

So, if women cannot withdraw consent for sex—what can they do?

Well, North Carolina ladies, you can damn sure refuse to give consent, particularly to the lawmakers responsible for upholding this atrocity—including politicians, judges, lawyers, and law enforcement officials.

I know it’s hard, but I wonder how quickly the primarily male lawmakers would work to overturn this clearly discriminatory legislation if the consequence of declaring that women cannot withdraw consent meant that many women decided to stop granting it in the first place.

I hate every single thing about a protest that requires abstinence, as I feel there’s no need to punish ourselves for someone else’s wrongdoing. But, we’ve seen the power of sex in advertising. While I don’t believe our bodies are a commodity to be traded, I do wonder why anyone would continue having sex with lawmakers who don’t believe that women have the right to consent to what happens to their own bodies.

Consent isn’t a one-time granting of permission that forgives anything that happens from that point forward. At any point, participants should be able to say, “Stop,” and have that respected. In situations where sex escalated into violence, women found that this 1979 ruling canceled out what sure as hell was rape.

There’s a reason so many of us are called nasty women, or angry feminists. There are so many negative labels put on our outrage. But, believe me, if the shoe were on the other foot, if men had to face the mass social injustice that women face daily, things would begin to change much more quickly.

We are outraged. Why aren’t all of the antiquated laws being willingly addressed by lawmakers in order to ensure justice for all citizens of their state? Why does it take media attention and lobbying to get even the most ridiculous laws overturned by our lawmakers?

What can we do in the meantime other than express our disgust for this law far and wide?

We can contribute to organizations that work for social justice such as the ACLU. We can make sure that we are educated, informed voters who vote at every local, state, and national election to make sure that our voices are heard.

We can spread awareness of these issues on social media and in conversations with friends and family and educate others about what they can do to help and not just inform them that there’s a problem. We can call and send letters to our representatives to express how we feel and urge them to represent these views with how they vote and with what they advocate.

We can demand justice and representation through our voice, our vote, and the sheer volume in which we express ourselves. We can take the time to protest and participate in non-violent forms of civil disobedience, if that is what is required to achieve the social justice we’re seeking.

We can keep speaking, even when we’re interrupted. We can keep spreading awareness, even when we’re asked to be silent. We can refuse to stop, to give up, to go away. We can support others in their fight for social justice and equality even when it’s not our cause because we cannot succeed where human rights violations continue for others.

It may seem overwhelming. We may feel tired from our efforts. We may want to give up and just tune out or walk away. But, that’s actually a pretty long list of action items.

Do we have our work cut out for us? Yes, we do.

But, we’re strong. Capable. Resilient. We’re a force to be reckoned with. We proudly don the armor of “nasty women,” and our battle cry is, “Nevertheless, she persisted.”

It matters that a law from 1979 is still being used against us. It matters that the ERA still hasn’t been ratified so many years after Congress approved it. It matters. And until every such law is stricken down, our way forward is clear.