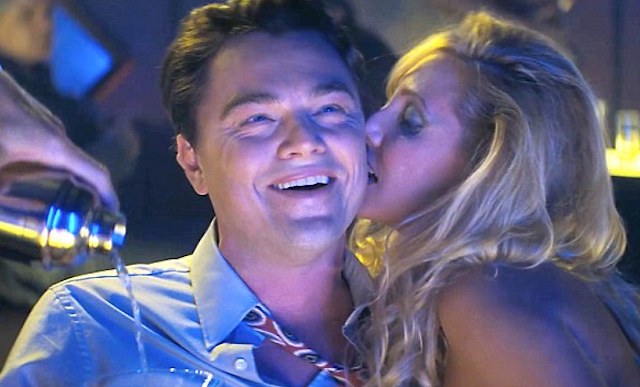 Humans are hard-wired to want sex.

It’s an evolutionary essential, after all. If sexual activity weren’t so enjoyable, chances are our species may have ceased to exist long ago. But a healthy sex life offers a lot more advantage than baby-making and fun.

The health benefits of sex have long been studied and lauded by all sorts of scientists. Those benefits even sway into the business arena. In fact, there’s plenty of scientific evidence that highly successful people have more sex.

Check out the following 10 reasons why more sex can make us better entrepreneurs:

“High levels of testosterone really do make people more aggressive, more confident,” Marcus said in a Business Insider video. “But for us to understand that testosterone is a driving force for strength, leadership, aggression, sex drive, [we must also understand] it’s very common that those two things live together.”

Testosterone plays a vital role in men and women’s health. While increased testosterone often equates with an increased sex drive, the opposite is also true. Having more sex can actually boost testosterone levels, which then boosts accompanying leadership characteristics.

One of the hallmarks of great entrepreneurs is self-confidence, the belief that success is possible even when all else fails. And research indicates that having more sex offers a healthy self-esteem boost.

Obviously feeling sexually satisfied can help anyone feel better about themselves, but that’s not the only way intercourse boosts confidence. Because sex is such a fundamental function of humanity, not having it as often as one likes can actually lead to angst and self-doubt in even the most normally confident individuals.

We often think experience leads to success, and those a little longer in the tooth generally appear more experienced. But when it comes to looks, our society associates attractiveness with youth. Young, bright, and healthy are key characteristics in Western sexual ideals. It all goes back to our evolutionary drive to reproduce.

Whether we like it or not, good looks have a lot to do with success in business. A Harvard University study found that a subject’s attractiveness closely correlated with how others perceived her competence and trustworthiness. And in another study from the University of Toronto, physical attractiveness is closely connected with a person’s power of persuasion.

We all may not be blessed with good looks, and we may not have the power to alter our bone structure or turn back time, but we can have more sex. According to Dr. David Weeks, clinical neuropsychologist at the Royal Edinburgh Hospital, older men and women with an active sex life were perceived as five to seven years younger than their actual ages.

As it turns out, sex is much more efficient than coffee at increasing energy levels. While intercourse releases chemicals in the body that promote relaxation, controlling when to have sex can actually increase other types of energy.

Having a lot of sex naturally increased participants’ overall sexual energy. And according to Napoleon Hill in his classic book, Think and Grow Rich, a process called sexual transmutation is an important step to success.

“Sex desire is the most powerful of human desires,” Hill wrote. “When driven by this desire, men develop keenness of imagination, courage, will-power, persistence, and creative ability unknown to them at other times…When harnessed, and redirected along other lines, this motivating force maintains all of its attributes of keenness of imagination, courage, etc., which maybe used as powerful creative forces in literature, art, or in any other profession or calling, including, of course, the accumulation of riches.”

Since increased sexual activity naturally increases sex drive and desire, participants have more sexual energy to harness into their entrepreneurial pursuits, provided they also practice will power from time and time.

“The desire for sexual expression is inborn and natural,” Rich wrote. “The desire cannot, and should not be submerged or eliminated. But it should be given an outlet through forms of expression which enrich the body, mind, and spirit of man. If not given this form of outlet, through transmutation, it will seek outlets through purely physical channels.”

Losing productivity time to illness is the bane to every entrepreneur’s existence. After all, lost time equals lost money. But an apple a day isn’t the only way to keep the doctor away.

Having sex even once or twice a week can increase a body’s immune response by raising levels of immunoglobulin A, or IgA, an antibody that protects people from cold and flu viruses. According to one study, people who have sex more often than once a week actually have 30-percent higher IgA levels than those who abstain from sex.

Sex also increases the body’s DHEA levels, a natural steroid that is believed to keep people healthy longer. DHEA is secreted throughout the body during sex, and its levels boost to five times the normal amount following an orgasm.

Everyone knows that a good night’s sleep is an imperative ingredient in the recipe to success. So many struggle with sleep because of the ever-increasing distractions in everyday life, and few are as distracted as entrepreneurs.

Getting a workout isn’t the only reason sex creates better sleep. Just before orgasm, both men and women secrete the feel-good hormone oxytocin, which promotes sleepiness. After orgasm, our bodies release the hormones prolactin and serotonin, which also ease relaxation and hasten sleep.

At least one study linked oxytocin to creative cognition, or the ability to produce new ideas, insights, and solutions to problems. So next time you find yourself stumped at work, try going home and having sex.

People who prioritize sex often gain an advantage in the workplace because they are more likely to immerse themselves in their daily tasks.

“We make jokes about people having a ‘spring in their step,’ but it turns out this is actually a real thing and we should pay attention to it,” said Oregon State University professor Keith Leavitt, an expert in organizational behavior and management. “Maintaining a healthy relationship that includes a healthy sex life will help employees stay happy and engaged in their work, which benefits the employees and the organizations they work for.”

When dopamine and oxytocin are released during sexual intercourse, our moods are automatically elevated immediately following the act and well into the following day. Oregon State researchers found that people who engaged in sex reported positive moods the next day, which led to greater job satisfaction and work engagement.

“This is a reminder that sex has social, emotional, and physiological benefits, and it’s important to make it a priority,” Leavitt said. “Just make time for it.”

It may not seem closely connected with entrepreneurialism, but living longer gives people more time to find success and accumulate wealth. And an active sex life offers so many health benefits, it can’t help but lengthen our lives.

Not convinced? Studies have found an active and satisfying sex life reduces hypertension, one of the main precursors to heart disease. Other research has determined that regular sex may reduce the risk of prostate cancer and breast cancer, as well as lower blood pressure.

Sex sells, and it’s not limited to advertisements with scantily-clad models. Entrepreneurs who are flirtatious with clients and potential customers, complimenting them and showing genuine interest in their lives, often find it easier to close the deal. Why? That’s simple: people like to feel important.

Of course, it’s hard to show others their importance if we’re not feeling so great about ourselves. And if you haven’t yet figured it out from reading this article, sex just makes us feel good. And positivity is contagious.

The moral? Let’s all just have more sex. 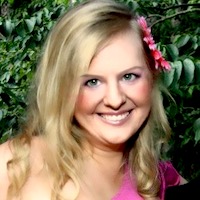