3 Ways to Stop & Savor Life Before it’s Too Late. 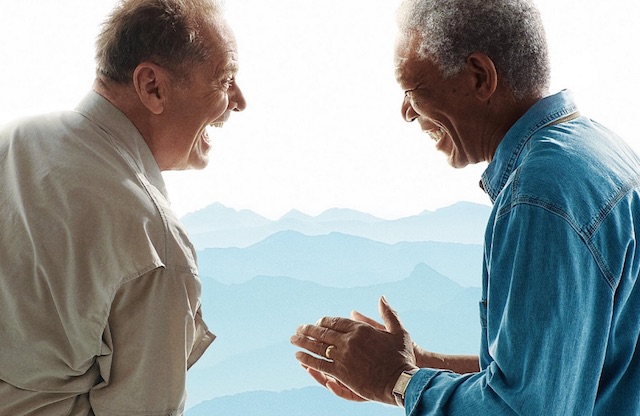 “Geez, where does the time go?”

Most of us have heard this all-too-common lament from practically everyone we know who has nestled comfortably into middle age—which makes perfect sense.

When I was 12 years old, which, by the way, was 35 years ago, the summer seemed to last an eternity. I moved into a new neighborhood, I met three girls who were best friends, and MTV just began to show visual songs on the television.

In this three-month span, I wound up dating—and subsequently breaking up with—all three girls. I experienced my sexual awakening, I started smoking cigarettes, I got drunk for the first time, and David Bowie went from being a small picture in a magazine to this larger-than-life being who was zapped into my living room every day. You could not possibly have heaped more mental stimulation and emotional chaos on a pre-teen if you tried.

By the time I was standing at the bus stop on the first day of school, I had developed a permanent bad reputation, I set the stage for all the terrible addictions I’d have to conquer later on, and none of the three girls would ever wind up speaking to me again. But, let’s not digress. The point is, it was the longest three months in my life, and there are certain days that I
actually remember from start to finish. This is quite an accomplishment because if you asked me to describe one day in the summer of 2012, I’d need a minute.

Now as you get older and take on a monotonous and soul-sucking job to make ends meet, the opposite will be true. The same routine over and over of getting up, drinking coffee, getting in the shower, sitting in traffic, checking Twitter and Facebook, and road-raging the way home, will inevitably give you the odd sensation that the summer—and eventually your life—has flashed right before your eyes.

Don’t be disheartened, though. There are practical measures you can take to slow it all down to the way it was when you were younger. The trick, obviously enough, is to mimic the environment you had as a young person. You most likely will want to skip the cigarettes, the beer, and the relationship drama…although, it’s totally your call!

Well actually, that’s just part of it. You have to set goals and work toward their attainment. Let’s say, for instance, you’ve always wanted to play an instrument. Instead of doing what a lot of people tend to do—you know, buy a musical instrument and let it collect dust in the closet—buy a guitar, commit to weekly lessons, and decide by say, December 15th, that you will be playing at that open mic at your local pub.

It also helps to tell your most annoying friends because they’re the ones that’ll ask you every other day how the lessons are coming along. This will not only slow down the passage of time, it will invigorate and inspire you.

It’s always a good idea to give the goofy morning radio shows a break and become engaged in interesting audiobooks on your commute. Also, look through your community college’s catalog for adult education classes you can sign up for. They all usually have the ones that take place right in the school and the ones you can attend online. If it’s even remotely possible—try to attend in person. Then, you get the pleasure and novelty of new people and new knowledge. This will surely slow things down for you.

This includes scrolling through your social media accounts, watching bad television, and stressing over bills, family life, and work.

These are just the sort of thankless activities that suck away your precious time and leave you with very little in return. If anything, you may even notice your overall morale going skyward as you spend less time reading about the latest vitriolic speech to come out of Washington, and more time doing the very things that affirm life, instead.

The choice is really all yours. You can be yet another person at the Christmas party wondering aloud where all the time went, or you could be the one explaining the intrinsic differences between Charles Bukowski and Allen Ginsberg.

But, even more than the fact that you’ll be a lot more interesting at parties, your life will take on a texture and a richness that will never let you forget that you are savoring this precious gift, instead of squandering it away on useless minutiae. And that, in and of itself, is worth all of the effort.

Alright everyone, get out there and live!