How the Wisdom of the Shambhala Warrior Path Can Help Us All. 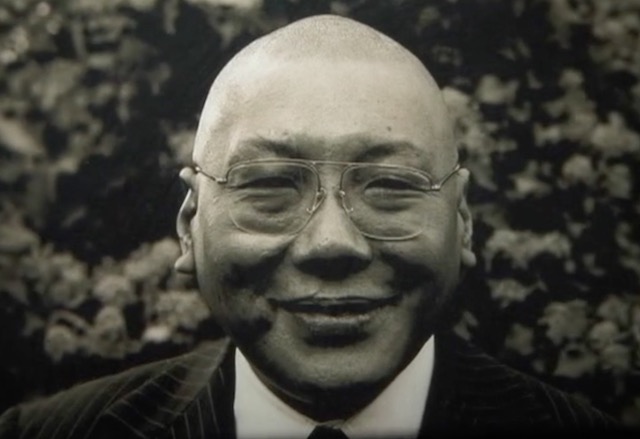 We are now, more than ever, facing a reality across the globe that doesn’t align with who we are on a core level.

We watch as a minority faction of the planet promotes and agenda of violence, oppression, fear, and hate.

So many of us do nothing because we just don’t know what to do. So much of what we see occurring seems to be outside of our realm of control.

I speak from experience because I too used to be trapped in the mire of feeling powerless and overwhelmed by the amount of sh*t in the world.

I didn’t know that I had any power, let alone how to get it back.

Then I discovered Buddhism, which in turn led me to the Shambhala: The Sacred Path of the Warrior, and now I want to share this with you.

“The Shambhala teachings are founded on the premise that there is basic human wisdom that can help to solve the world’s problems. This wisdom does not belong to any one culture or religion, nor does it come only from the West or the East. Rather, it is a tradition of human warriorship that has existed in many cultures at many times throughout history.” ~ Chögyam Trungpa

Yes, Buddhism played a role in the development of the Shambhala society and philosophy, however, Shambhala is a philosophy that completely transcends any one religion or culture. It goes against everything that we are taught in the world we live in today.

Everything in Western society is geared around individualism, ego, self promotion, and self-interest and thus we have a hard time with ideas that transcend who we’ve been programmed to think we are or need to be.

But the best part of Shambhala is that it can enhance whatever your current beliefs or practices are. No one is asking you to leave behind anything you want to keep believing in. Shambhala can simply enhance your Christianity, Paganism, Wiccan, Islamic, or any other beliefs you carry. However a word of warning—embracing the Shambhala Warrior Path may very well help you in transcending some of the more dogmatic and dualistic systems that are ingrained in your psyche!

My favorite part of this path is that when we speak of warriorship in Shambhala, it does not refer to making war on anyone. It teaches us that aggression is the source of our problems, not the solution. Kind of goes against everything the American Military Complex wants us to believe and support, huh? In Shambhala, the word warrior is taken from the Tibetan word pawo which simply means one who is brave.

In a world filled with aggression, confusion, and chaos, it takes a very brave person to face it all with gentleness and compassion.

Nowhere in this tradition do we see anything about war, dominance, aggression, control, or force. Instead, we are taught that by embracing the human tenet of bravery, which we all know exists, as we see it time and time again across history and current times. The tradition of fearlessness is real and it is based on a basic inherent human trait that has been socialized out of us.

We find similar traditions embracing this idea of warriorship being about bravery rather than aggression across the Native American Indian tribes and the indigenous people of South America. We see it in the tales of King Arthur’s England and the traditions of the Samurai of ancient Japan. I believe we all have the same bravery within us, but, because of our conditioning, we instead choose fear and powerlessness, which results in aggression coming out every which way.

The root of aggression lies in fear and lack of understanding. When we deny who we are on the inside, across the darkness and light, we end up fearing anything that holds a mirror to the aspects we suppress, thus we aggressively try to suppress them in others. Shambhala principle teaches us that the key to warriorship is not being afraid of who we are. It teaches us that this is the very definition of bravery—not being afraid of yourself.

When we are afraid of ourselves, we are afraid of everything and everyone in the world because we perceive them as a threat. By default, we become very selfish, self-seeking, and self-absorbed. We then want to build our own little safe nests, or cocoons as Trungpa Rinpoche so eloquently refers to them. Our cocoons are where we can hide away from the world and live alone in our perceived security.

Shambhala asks us to face and embrace ourselves with courage and bravery so we can then bring our gifts to the world. It teaches us that in order to establish an enlightened society, we need to discover what we each have to offer to the world. When we embrace who we are and stop living in fear of who we are not, we enhance the world around us and begin contributing to the goodness of the world instead of feeding into the fear.

That’s how we will change the world!

“Are the great spiritual teachings really advocating that we fight evil because we are on the side of light, the side of peace? Are they telling us to fight against that other ‘undesirable’ side, the bad and the black. That is a big question. If there is wisdom in the sacred teachings, there should not be any war. As long as a person is involved with warfare, trying to defend or attack, then his action is not sacred; it is mundane, dualistic, a battlefield situation.”  ~ Chögyam Trungpa