The Truth about Being on the Receiving End of Dark Magic. 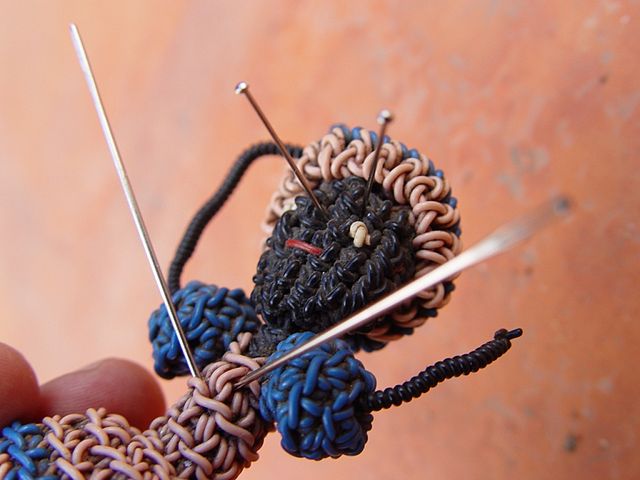 I couldn’t believe those words came out of my mouth—but they ran out too fast for me to catch them.

I’d listened to her blame and damn the “psycho” that put a spell on her. A curse, she called it.

I curse like a sailor—likely worse. One of my African students felt challenged by this, and challenged me purely out of curiosity in return.

She saw I was pure love, but “f*ck” and “sh*t” were part of the rainbow of flavor I was spitting in my lectures. She said she’s always been afraid of “curse” words because, in her country, people will sit across the river from someone they don’t like and literally curse at them with serious intent to curse them. They intentionally damn others with a kind of darkness her culture fears.

Curse words themselves have taken on a denser imprint in the ethers than other words because, traditionally, when they were spoken, they were spoken with extreme energetic charge.

Now clearly, we can curse without actually cursing someone, but we can also curse with intention—and I do believe intention changes things from invisible to physical matter.

This other lady had put a curse on the woman giving me a pedicure. And here we were, two women that—by looks alone—would’ve been burned at the stake for witchery in our day. And here she was, placing her power right into the hands of the woman that cursed her, acting all powerful in her victim role.

I don’t believe in miracles. I rely on them.

Let me explain the difference as I see it.

Magic is a push. It’s a focused projection onto the matter we want to change. It stems from resistance to what is—period. Magic is literally stirring the sh*t pot of resistance in all parties involved. Magic is already full, with an intention to overflow its fullness of focused intent into the cosmos to get what the magician wants.

Sadly, it usually feels full of sh*t for everyone involved.

A miracle is a pull. It’s an opening that comes only to those who are practiced in honest surrender. Resistance leaves little room for miracles. So, when they occur, it’s a sure sign that our desire for the miracle itself is much greater than our resistance toward potentially not receiving it.

Magic is ego’s game. Miracles are the work of Spirit.

Magic is temporary, and will always require debt in the end. Miracles are timeless, and you will always end up richer than you’d ever thought possible.

Here’s the important part of this for those of us who have been “cursed” by someone else in a magic kind of way: magic between two magicians, when used as an ego win for someone with a self agenda that is more concerned with getting their way than they are in the highest good for all, can only affect one person if both people are on the same level of consciousness.

Essentially, only if you believe that the other person’s power is more powerful than your own—and, my love, I assure you, we are all very capable magicians and their power is not greater than your own.

That said, let’s look at this scene, because if you’re reading this, you’ve been there. One, the woman telling me about the “psycho” that put a spell on her feels like the victim, while also turned on in a challenged kind of way. Her demonstration of the situation, I assure you, appeared anything but powerless. As a matter of fact, by the end of it, I wondered who was crazier of the two.

Magic—used in these kinds of fear-based ways—is two pit bulls in a ring disguised as egos vying for position of who’s the baddest bitch in the forest.

Again, I’ll say, you are—and, because of that, you don’t need magic to prove it or to defend it.

We need miracles to be in our power. When our own source energy fills us, we become impermeable to the belief that someone else’s spell, magic, gossip, or malicious intent has any bearing on our lives. Gossip and malicious intent are no different than magic in energy and outcome.

If you don’t resonate with the person themselves in some way who is damning you, there is zero chance that their resonance can affect your own.

If you’re on the giving end of this kind of magic, I dare you to expect a miracle.

If you’re on the receiving end of this kind of magic, I tell you the truth when I say that you are the most powerful person you know—hence why someone else would even consider weighing you down with their own bullsh*t.

Their “power” only affects you because of your resistance to it. And the second you give up resistance to power itself, you can begin to trust in your own, then you’ll not only make room for miracles galore, you’ll also realize, in this sense, you truly are invulnerable.

We’re only affected by the damning of others when we adhere to our own sense of inadequacy. Like Marianne Williamson said:

When we face our fears of power itself, and turn inward to come to know our own, the damning of others upon us will inevitably become powerless in our presence, and the miracle of our light will eradicate any magic projected upon us in the dark.