What Society’s Obsession with Beauty is Doing to Little Girls. 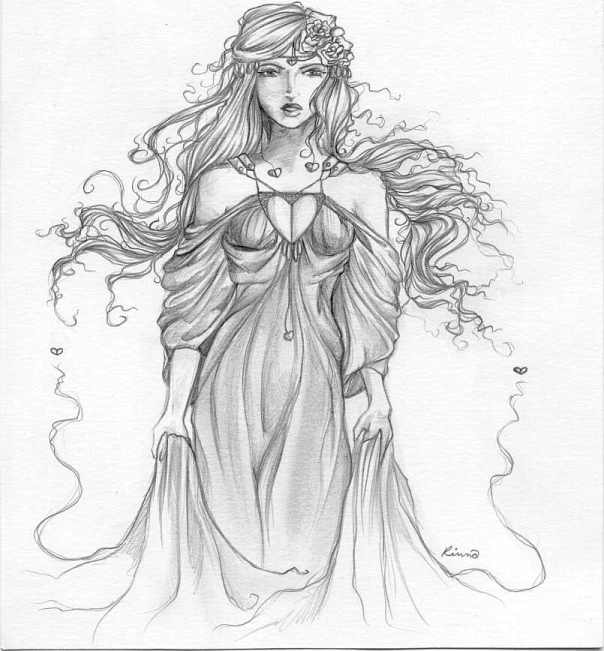 A few times, I’ve written about how important it is for us to recognize our own beauty, and I still believe this.

But right now, I want to talk about a different sort of beauty. More specifically, inner beauty.

Our society has an odd relationship with women and their—well, pretty much everything.

It’s important for women (in particular) to reclaim their comfort with their bodies because we are consistently told that we shouldn’t think of ourselves as beautiful. We’re told that we’re too fat, too thin, too tall, too masculine, we wear too much make-up or not enough, we dress too provocatively or too conservatively—and the list goes on.

So, whenever a woman claims comfort with her own body, it is a revolutionary act.

But at the same time, society never really tells women that they need to be more than beautiful. Society’s focus on beauty robs women of time that can be spent on developing their character.

In fact, to a certain extent, women are somewhat dissuaded from developing their character from a very young age. Think of the traditional heroes and heroines that we find in simplistic storytelling aimed at children: we have the dashing prince—handsome, yes, but also noble, courageous, and intelligent. And then we have the beautiful princess, who is…beautiful. She might also be described as soft, sweet, kind, innocent, or naive, but these are childish traits. They do little to describe an active agent, to allow her to charge her way through the story in a heroic fashion. Rather, they only work to set her image of sweet, simple femininity.

And perhaps because of this, if you ask little girls what they want to be when they grow up, many of them will include the word “beautiful” before they say anything else. Not “intelligent.” Not “courageous.” Beautiful.

And if we want to talk specifically about the trait of intelligence, some studies have shown that girls as young as six years old begin to view intelligence as a primarily male attribute.

Of course, our obsession with being beautiful comes from society itself. Television shows and movies are rife with traditionally unattractive men who are married or involved with traditionally beautiful women, like “Family Guy” and “The Simpsons,” and no one really bats an eye at this. Yet, we don’t often see this represented the other way around.

In the workplace, women are sometimes told that to get ahead, they need to present themselves as more physically attractive (though how much this really works is another issue), and some workplaces, such as restaurants, even have uniforms that are intended to show off the beauty of their female employees.

So the message that all of this sends to women everywhere is: if you want love or a career or any kind of worth, then you’d better be beautiful.

But beautiful is not the only thing a woman can be.

Personally speaking, by the time I was in my teens, I had been told that I was beautiful so many times that eventually, to me, it was a given. But I hated who I was as a person—perhaps because nobody had ever told me that I was strong or intelligent or kind or brave. And coming from that experience, I see how important it is to have a character that you are proud of.

Because regardless of your gender, ugly is not the worst thing you can be.

This world has been harmed again and again by people who are cruel, manipulative, thoughtless, or vindictive—in other words, of terrible character—but never because they simply didn’t match society’s definition of beauty.

So, yes, while all women deserve the chance to feel beautiful, regardless of our size, age, race, sexual orientation, ability, or genitals, this is not the entirety of who we are, and it is not all that we should aspire to be.

The first step is this:

We must show women and girls alike that the pretty princess of childhood stories are worthy—not just because they’re beautiful, but because they are loving, intelligent, passionate, and determined.