Dear, Mark Zuckerberg—If you “Like” us, Please Read This. 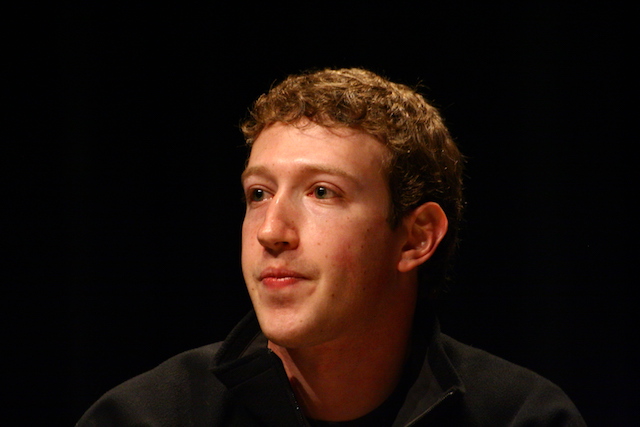 I remember vividly the day I joined Facebook. I was 32 and a single mom. Most of my friends had no kids and were out while I was home with a toddler. I recall sitting in the basement of my first house at the well-worn wooden desk where my computer sat, just staring at the screen.

It was such a rush. “Adding” myself. Suddenly I had an outlet—something that made me feel like I was a part of things.

Facebook offered me a portal—an entryway that opened opportunities nobody had ever been privy to before. It spoke to something in all us that yearns for relationship and recognized the interdependence of being human. This was the secret to its success.

“It was built to accomplish a social mission—to make the world more open and connected.” ~ Larry Magid

Now, scrolling through my Facebook feed, I see it so much differently. I miss the old days.

It’s wild that Facebook is now 13 years old. We witnessed an idea birthed into existence, and now we’re watching its growth into something far bigger. It’s hard to remember a time without Facebook. I feel the same way about my own baby, as this year she will be 13 too.

So now I am bracing myself. I want to do a great job. I want to be the best parent I can be. It’s daunting how accountable I feel to her. The next few years are crucial. She is old enough to want total freedom but still immature and in need of guidance. I bear the burden to make sure she turns out to be the best version of herself she can be. No matter how hard and how hated I will feel at times—my only job is to steer her in the right direction.

I think it is everyone’s duty as a good parent to offer support out of the highest integrity we are capable of. Whether that applies to a child, an animal, or anything else we are responsible for in this world.

So what does this all have to do with Facebook?

Facebook’s evolution is a strange paradigm—much like watching a child grow. What once was a curious social platform is now this massive machine whose power and influence has the potential to affect 900 million people.

Mother of God—that is quite an accomplishment Mark.

It’s an enormous entity. An epicenter of community engagement and debates, a circulator of news and stories and a place to display our egocentric accomplishments: trips, cottages, new cars, “hot” spouses, and “adorable” children.

There is something about the current version of Facebook that doesn’t sit right with me though. For a while, I couldn’t name it—but now I realize it has everything to do with the original mission. Specifically, “to make the world more open and connected.”

The Facebook Founder’s Letter further lends itself to the idea that its users will have the ability to make greater connections:

“We build tools to help people connect with the people they want and share what they want, and by doing this we are extending people’s capacity to build and maintain relationships.”

“By helping people form these connections, we hope to rewire the way people spread and consume information.”

“…building tools to help people share can bring a more honest and transparent dialogue around government that could lead to more direct empowerment of people, more accountability for officials, and better solutions to some of the biggest problems of our time.”

Reading between the lines, it is evident that there is a huge gap here. Facebook assumes its power but avoids taking responsibility for it. It is failing us.

The implication is that Facebook cares so much about its mission—but ironically, this is an impossible task with the current algorithm it employs.

Facebook’s algorithm is a bit of a snake—one that seems to be fueled by reactions. It works to highlight the things that garner attention. If the end goal is to connect, but Facebook employs an algorithm which filters what users see according to what is most liked or reacted to, important global and communal issues often get overlooked.

To make things far worse, people are utilizing Facebook as a source of news—if not their only one. Credible journalism is being scorched as a result of this.

By not buying papers or watching the evening news, advertising revenue is buried, making it impossible to fund good journalism. This means a lot of what is circulated on the Facebook feed is weak and unsubstantiated. To be blunt, Facebook is mistakenly robbing from the poor and feeding the rich on varying levels.

We now live in a world where a lot of uncomfortable things are shied away from. People go to great lengths to avoid anything that brings any sort of uneasiness—things that don’t illicit a “like.”

Algorithms, although brilliant for making money, are dangerous and not emotionally intelligent. Simply put, they do not unite us. They give us permission to look away. They separate and isolate us.

With all of Facebook’s broken promises, there exists one great truth and highlight in Zuckerberg’s founding letter:

“There is a huge need and a huge opportunity to get everyone in the world connected, to give everyone a voice and to help transform society for the future.“

I couldn’t agree more—what the world needs is connection. Now. We are pretty screwed if we don’t start working together toward common goals. The era of selfish pursuits has to end—it is time to be inclusive of communal and global pursuits.

“What man has more than enough and gives it to the world?”  ~Lao Tzu

The power Facebook has to substantiate and spread the truth is enormous and alarmingly underrated as it stands. Today, every one of Facebook’s subscribers could be united in never using a single plastic straw again. What kind of footprint would that leave? Today, millions of people could unite to make the world a better, stronger, and safer place.

Facebook can never be what it once was; it is no longer that newborn baby. It has grown way beyond that. However, it could be much more than it is now. Facebook could grow to serve a larger and more important destiny.

Would this not make anyone the proudest parent alive? If I knew my little girl one day would contribute to a world which is sustainable, harmonious, and accountable, I would be complete.

“Every person has the inherent capacity to spark massive changes that can lead to the tranquility, harmony, and peace that are our heritage.” ~ Wayne Dyer

Today, I’m on my knees—begging and pleading for change. I ask: “Why did we join Facebook in the first place and why do we crave connection with one another?” It was never because we wanted to celebrate our own lives over another’s. It was the opposite. It was because we wanted to form relationships. Not separation; not isolation. It was a place to gather in commonality.

Facebook brings 900 million of us together on the same platform. Everything we see today suggests that we are divided, but I don’t believe it’s true. I think Facebook is proof of our allied nature. None of us are alone. We are interdependent and in desperate need of one another’s support.

Let us make use of Facebook and all its reach. Let us imagine it as a giant auditorium—one where we make the urgent matters of the earth and its inhabitants the podium speaker. May we seek the truth and listen carefully. May we join collectively and find solutions to the issues we are facing.

It is the time right now to learn to coexist; it is time for massive change.

May Facebook serve to unite us and bond us together.

May it be used as a catalyst for great change.~
~
~