Inequality is the Real Source of our Divisions. 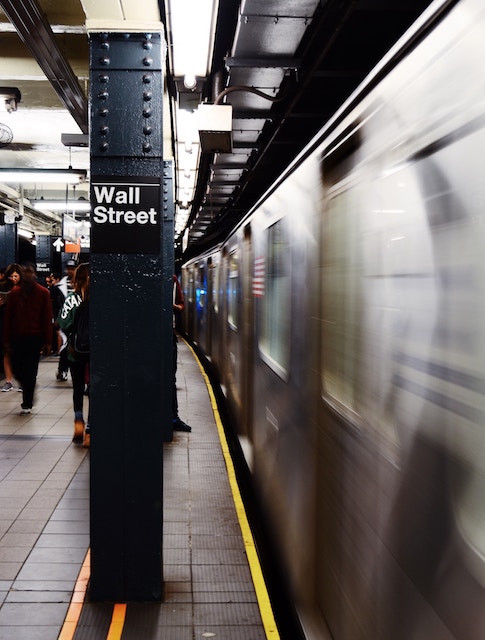 There is something unnerving about the contrast between the well-dressed businessman passing the homeless, old lady on the street without a glance.

It isn’t simply that the woman possesses nothing and the other so much. Nor is it simply a commentary on the heartlessness of the businessman or the world in which we live. Rather, the discomfort seems to lie in the inability of each to see into the world of the other.   It’s this lack of empathy is at the root of so many of our world’s social problems.

Most people understand why poverty is wrong, but few can say much about what is wrong with economic inequality itself. This seems to have something to do with the elusiveness of its psycho-social impacts. When we bear witness to gross inequalities, we see ourselves differently in relation to others. For in the simple act of witnessing inequality, we come to identify less with the actual person we are observing, and instead see them only for their position on the socio-economic ladder.

If there are two old friends and one prospers while his diligent but poorer counterpart loses his house and slips into debt, it is difficult not to turn introspective. We wonder whether we got what we really deserved in life and if it is all just a game of chance. In the process, our lives become suffused with a nagging sense of anxiety over the possibility that we too might also someday sit at the bottom of the social scale.

We feel it is wrong for some to have so much and others so little, and we sense it somehow hurts our relationships to one another and thus the experience of our mutual humanity—at least these are the kinds of thoughts most of us tend to think. It is as if our intuitions about economic inequality actually tell us more than our reason.

However, there are good reasons to want to minimize not only poverty, but the divide between the richest and poorest itself.

Inequality heightens the “status anxieties” of rich and poor alike, leading everyone to spend more time thinking about where they stand in relation to others. This decreases social trust and the willingness to sacrifice for others. It is not simply that capitalism pits us against one another in a struggle of each against all. Rather, the social inequalities that so often arise in unrestrained capitalist economies lead us to see ourselves as living at the expense of others. It is a stressful experience, and the stress tends to assault our bodies and minds alike.

The most unequal societies (among at least the wealthier nations) tend to suffer from higher levels of mental illness and heart disease, obesity and depression, incarceration and domestic violence. Epidemiologists Kate Pickett and Richard Wilkerson demonstrate how unequal societies tend to fare worse on just about every measure of social and psychological well-being in their masterwork, The Spirit Level: Why Equality is Better for Everyone. But few people are aware of the research, and progressives have done a pretty bad job of popularizing it.

In highly unequal societies, it can often feel as if the middle has dropped out leaving everyone on the margins. And for this reason, inequality tends to act as a great divider, with the increasing gulf between rich and poor exacerbating racial and regional divides as well. The unequal society is an incomprehensible world of differences where everyone but the wealthiest and most socially well-adjusted can come to feel somehow alienated and misplaced.

Pankaj Mishra explores this experience of inequality and how we cope with it in his contemporary classic, The Age of Anger. Mishra views the all-pervasive rise of rightwing nationalism and fascism in the world today through the French concept of ressentiment, a kind of jealous anger expressed by those at the bottom of the scale toward the system itself.   Ressentiment generates its own value systems in order to justify unfavorable outcomes.

Through adopting an entirely different scale of valuation, a person might subvert the social order and restore their own dignity. Hence, we find the fascist upholding his youth and vigor above all else, the fundamentalist his moral purity, the terrorist his willingness to die, the communist his comprehension of historical materialism. But as each group seeks to reclaim its dignity through increasingly grand meta-narratives, the result of modernity is a pandemic of irrational violence.

The populism of today thus walks in grooves well worn by many a modern movement.

There are many kinds of equality. Legal equality assures access to the same laws and courts. Political equality assures access to the same voting rights. Equality of opportunity provides the right to the same institutions. Equal access to opportunities means that everyone gets the same quality of education and ability to actually apply for jobs. But equal outcomes matter—because it is here that we confront the stark contrasts between ourselves and others. If we cannot address these, we will continue to find ourselves assaulted not only by inequality, but all of the irrational efforts to bypass the indignities resulting from these cruel policies.

Most people seem to feel uncomfortable when confronted with gross inequalities, and most sense that it is inherently degrading, but few can relate their own discomfort to the way the mere presence of inequality transforms the social structure. Hence, when the question of inequality comes up in conversation, most lack the language to describe why it is so problematic, falling back instead on arguing for more equal opportunities or ameliorating poverty.

However we choose to articulate what it is we find so discomforting with inequality, we need to get better at explaining it and to stop acting as if everyone understands what we mean. They may sense everything we sense, may feel just as uncomfortable as we do, but they may not understand it rationally.

Ending poverty is an important goal, but so also is decreasing inequality; and while they largely overlap, they are two separate issues. And since neoliberal economics can often spur economic growth while increasing economic inequality, it is all the more important that we actually explain why inequality itself is tearing so many countries apart.

If you want to fight inequality, perhaps the most important thing you can do is get better at articulating what’s wrong with it in the first place.