The Most Common Misconception about Quiet People. 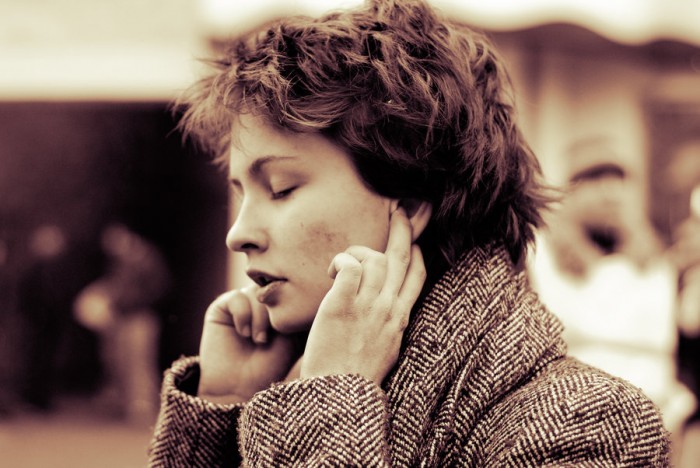 While I find my voice, quite frequently, in the form of writing, if you were to meet me face to face, you’d discover that I tend to be a very quiet person.

All my life, people have told me that this is a problem.

In school, my teachers would always tell me that I had really good things to say when they read my essays or my homework, but that I never contributed to the conversation in class. This, more than anything, brought my grades down.

At my jobs—while I have absolutely no problem speaking the words that need to be spoken, and even engaging in conversations when I come across people who are particularly chatty—I have been told by employers that I need to be more talkative, more socially engaging. Then, they tell me that if I can’t do that, I shouldn’t be here.

In social settings, I have always felt badly about the fact that I am quiet. People will tell me things like “don’t be shy” or “you don’t need to be nervous,” but that has never been the case for me. I’m not shy, and people don’t make me nervous. I’m just quiet. That’s just the nature of who I am.

When I am more talkative, that usually means one of two things—that a topic of conversation has come up that I am particularly passionate about, or that I am trying to push myself into a place in which I am not being myself, and I am not comfortable.

I think that these two comments really sum up the misconception that tends to be made about me, or quiet people in general: that we’re shy. That we don’t like people. That people make us nervous—and, as a result, we are weak, or there is something wrong with us.

However, in my experience, none of this is true. I love people. I love to be around people, and I love to hear what they have to say. I also love to receive attention from them—and yet, I’m quiet.

And as much as I’ve heard people say, over and over again, that this is a character flaw of mine that needs to be overcome—and as much as I’ve had people praise me for making myself uncomfortable and speaking when I wouldn’t normally have spoken—I disagree with all of this.

I mean, don’t get me wrong, I’d understand if forcing myself to be uncomfortable for something I actually believe would make me a better person—but I don’t believe this will.

Let’s go back to the classroom setting for an easy example of what I mean. When I was sitting in class, I was so busy listening to what my teachers and peers had to say that I wasn’t really thinking about what I could contribute myself—and this listening was what made me a decent student.

Because I already knew my own thoughts on the matter, but I was obsessed with hearing other thoughts—because, frequently enough, they differed from mine. Once I stocked up on all of these differing perspectives, when I left the classroom, I would sort through them and decide which perspectives made sense to me and which didn’t. Then, I would take this thought and put it in my homework and essays.

I felt that it was incredibly important for me to listen and think everything through, because I didn’t think that my own opinion on the matter was “wrong,” but I firmly upheld the belief that my opinion wasn’t the only one that mattered. In fact, I sort of believed that all these opinions mattered, and that the truth could be found somewhere among them all.

However, if I tried to tell this to my teachers, they would tell me that the other students could benefit from hearing my opinion as well—but when I tried to force myself to speak in class, I found that I was so preoccupied with trying to come up with something to say that I forgot to even listen. And listening was just too important for me to give up.

The classroom is not the only place where my penchant for listening has helped me. When a friend is going through a difficult time, before I judge or suggest any action for them to take, I make sure that I listen to them and try to understand what they are going through. I try to see things from all perspectives—and, while this takes more time, it has also helped me gain a deeper kinship with certain people.

Listening has also helped me to become a much more empathetic person than I might otherwise be. For example, as a white woman, I have no idea what it is like to live life as a person of color—because I’ve never experienced it myself. But, I have listened to people, and I have tried to understand them and think about their perspective. So, while I am aware that my voice, when it comes to these matters, is not the most important voice, it is still essential that I lend these matters my ears and eyes, because that is the only way that I will learn about them.

We forget the value of listening, because everyone is so obsessed with talking—with having their voices heard above anyone else’s—that they’re completely forgetting that other perspectives even exist, or that they might also be important.

And, we all—every single one of us—have something to say. But, what good will that do if there is no one to hear it?

Why Listening from the Heart is so Important.