The One Question that Haunts Me on My Brother’s 40th Birthday. 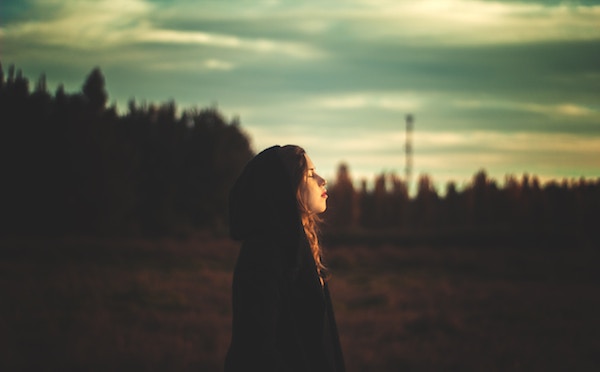 It’s been over 18 years since Will, my only sibling, died from drugs and alcohol at the age of 21.

In the first jagged months after he died, I’d sit on the porch of our childhood home. I‘d gaze into the navy night, into the space between clouds, and wonder if the only person I’d known for his entire life was still out there somewhere. I’d ask my brother for signs that he existed someplace, even if he was as far away as pinpricks of stars. Memories of us flickered and flew through my mind. How would I ever survive the crushing pain of losing the co-keeper of my childhood? I wondered.

“You’ll be okay,” my mom said to me one particularly dark day. “You’ll go on to have a family and a career, and you’ll be okay.”

Rationally, I thought she might be right. I was only 24, after all, and the future was wide and open. But emotionally, even when I squinted, I couldn’t imagine what landscape lay beyond the vast mountains of ache from losing my brother.

I missed being able to call him to tell him something funny that one of our grandparents had done, to gossip about mutual friends, or just reminisce over childhood memories. I wondered if, without him, I could even trust those memories. Who would I have to fact check, to remember a detail I’d forgotten, to share his spin on the story?

Besides rethinking my memories, another task of grieving was reimagining the future.

At the cusp of adulthood, my brother and I were just becoming friends as well as siblings. I’d taken for granted that we’d have a lifetime together—I assumed my brother would have kids, giving me nieces and nephews. He’d be there when our grandparents aged and died, and we’d share holidays together. We’d prop each other up through the decades as our parents got older, as we navigated the heartbreaks and highlights of our lives.

As it turns out, my mom was right. It’s 18 years later, and I am okay. It took years for the pain to soften, but in fits and starts, it did. New flesh wove itself over the wound of losing my brother. The pain continued, but I also managed to fall in love, build a family, create a life.

Now, all these years later, there’s one question that still breaks my heart:

Who would my brother have been at age 40?

Would he have had kids, those little nieces and nephews I’d imagined? Would my kids and their ghost-cousins look similar? Would my brother have stayed in Seattle? Moved back to Alaska? Joined me in Maine? Landed somewhere else entirely?

Would he still have that thick head of sandy hair, or would it be speckled with gray?

Would he have gotten sober, or not?

Would he have finished school, or gone on to have the career in music that he was pursuing?

Time has swept him away from me. And I can’t imagine who he would be if he were still here.

I barely understand how that smooth-skinned, 24-year-old burgundy-haired version of me has traversed time, arriving at this me. This mother-me, this wife-me, this 43-year-old me. We change and change and change, each cell of our body replacing itself. Yes, we remain ourselves in some blurry, essential way, but we weave in new experiences and interests, new relationships and perspectives.

In the 18 years that he’s been gone, so much has changed. We all carry tiny computers/cameras with us now. Donald Trump is president. Instead of making mixtapes, like my brother used to often do, with a fingertip, we can bring up any music we want—we can have it glide into a phone, like air, like magic.

Even my memories of him have softened and gone blurry around the edges, smudged and bent.

So much has changed, but here’s what stays the same: I still wish my little brother was here. I miss the way the word “brother” feels—bone-strong and twined.

This morning, my son looked at me, grinned, and pointed up, saying, “Mama! In another 40 years, you can go up there and say ‘hi’ to your brother!” I flashed him a sweet smile. My husband had told our kids this was a tender day for me, and this was my son’s attempt to cheer me up—because there’s nothing like contemplating my own death to perk me up.

After Will died, I saw a therapist who’d lost three sisters. I sometimes wondered how she was still able to function in the world, having survived so much. How her parents could even exist in such a heap of pain.

“Sometimes,” that therapist told me once, “I’ll catch a shadow out of the corner of my eye, and then it disappears when I turn my head. I think of that as my sisters visiting me,” she said.

Lately, I’ve been turning my head often. I’ve been seeing shadows that dissipate when I turn my head.