Using any Wild Animal for Entertainment is Animal Abuse. 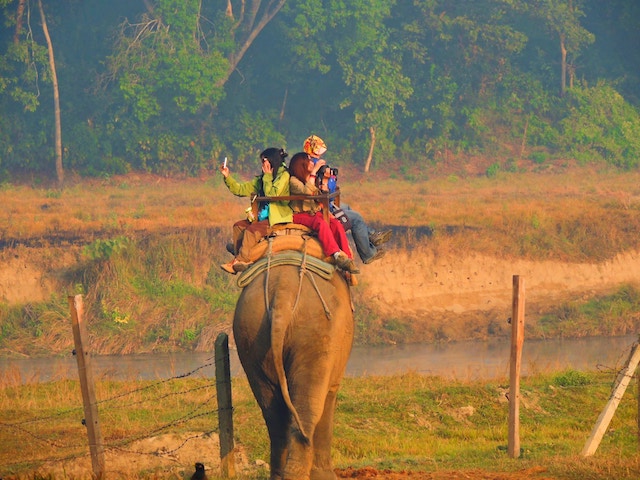 All across the world animals are being taken from the wild and bred in captivity purely for human entertainment.

Research has shown that taking animals out of their natural habitat and forcing them to perform or live an unnatural existence is inherently cruel, as the animals suffer at every stage of the process.

The first global research into the scale of welfare and conservation of wildlife tourism carried out by the University of Oxford’s Wildlife Conservation Research Unit (WildCRU) and commissioned by World Animal Protection found that at least 550,000 wild animals are currently suffering at the hands of irresponsible tourist attractions across the world. The study also revealed that three out of four wildlife tourist attractions involve some form of abuse.

Although the figures showed an estimation of just over half a million, it is likely that millions of animals are exploited for human entertainment in circuses, dolphinaris, and zoos, or used as props for selfies and souvenir photographs.

Sadly, there are currently no worldwide regulations regarding the use of wild animals in tourism.

Until this changes, one option is to raise a vast amount of awareness so that holidaymakers are aware that wild animal entertainment generally means cruelty and abuse are involved, and another option is to transform the tourism industry so that it refrains from offering entertainment that is cruel to tourists.

The World Animal Protection works relentlessly to end the cruel treatment of wild animals and has requested travel companies to stop offering or promoting elephant rides and shows.

“It’s clear that thousands of tourists are visiting wildlife attractions, unaware of the abuse wild animals face behind the scenes. We need to stop the demand for elephant rides and shows, hugs, and selfies with tigers and lions, by exposing the hidden suffering behind wildlife attractions. If you can ride it, hug it, or have a selfie with a wild animal, then you can be sure it is cruel. Vote with your feet and don’t go.”

Elephants, known as gentle giants, are social creatures and yet as many as 40, or possibly even more, are currently living in solitary conditions across Europe.

Virginia McKenna OBE, who actively works for the Born Free Foundation explains: “I honestly thought that the days of keeping intelligent, social, family-oriented species like elephants in solitary confinement were long gone. How wrong I was.”

In Asia alone, there are approximately 12,000 captive elephants, and despite them being on the endangered list, many are kept in zoos and entertainment parks in confinement in extremely unsuitable conditions. Tens of thousands are forced to give rides to tourists in a variety of countries including Cambodia, India, Sri Lanka, Thailand, and Vietnam.

Many of the elephants are captured from babies, and as mother elephants are extremely maternal and protective, often around five female and adolescent elephants are killed to get to the calf.

Baby elephants are then put through a grueling ritual known as phajaan (breaking the spirit), and as many as half of them die from starvation, stress, or dehydration during the process.

In Thailand, elephants are treated as livestock, so there are no regulations in place to protect them. Therefore, it is legal for the baby elephants to be severely abused.

Mother and baby elephants have strong bonding instincts, yet, instead of the nursing from its mother, it is placed in a tightly constricted pen, known as a “crush.” It is tied down so tightly that it cannot move, turn, sit, or lie down and will stay there for several days, without food or water, and being deprived of sleep.

Within this ritual, many are repeatedly beaten, burned, and stabbed with a variety of weapons, as well as being hit over the head, back, and legs with bamboo sticks with nails pushed through the ends.

An elephant’s ears are extremely delicate, so the abuser repeatedly stabs them while also striking their sensitive trunks.

This will usually be the first time the baby has been away from its mother’s side, and despite the shrieking and nonstop crying from the baby, the abuser will continue until they are sure that its spirit has been definitely crushed. Now that the baby is bloody and broken, it is deemed in the right condition to start learning how to perform tasks without protesting.

The elephants that are forced to have people riding on their backs can suffer daily pain and discomfort due to being saddled and overburdened with heavy passengers. It is not only being overworked from giving rides that is stressful for the elephants—the constant interaction with people is highly unnatural to them, and leaves many elephants with severe emotional and psychological problems.

The ironic thing is that many tourists are willing to pay out money for animal entertainment due to their love of animals yet, in many cases, they are unknowingly supporting animal abuse and cruelty.

The reason this continues is that the abuse of animals is usually well hidden, and much of it takes place at a young age when the animal’s spirit is crushed so that they obey through fear.

Geeta Seshamani, co-founder of Wildlife SOS, an organization that aims to halt the abuse of wild and captive animals within India, explains: “We believe that if Western tourists stop being customers for elephant rides, this will immediately change the scenario and improve the welfare and lives of elephants across India.”

A study name Wildlife on a Tightrope, carried out by the World Society for the Protection of Animals (WSPA) visited 110 venues offering wildlife tourism entertainment in Thailand and found that 53 percent of the elephant enclosures did not meet the basic needs for a captive animal. Ninety percent of captive tigers were not having their basic needs met.

The research also found animals suffering extreme restraint due to being chained or caged and having limited movement, as well as a limited opportunity to socialize with other animals like they would in the wild.

The animals they studied, including 1,688 elephants, 614 tigers, and 317 macaques, were forced to participate in stressful and demanding activities, which included interacting with people and performing in shows.

The nutrition and diet provided was inadequate and veterinary care was either insufficient or non-existent.

Out of all the venues that were visited, only one housing captive wild tigers and one with captive wild macaques had commendable animal welfare standards.

The WSPA is working alongside governments, tourist venues, communities, and local people to protect wild animals through raising awareness and educating tourists about animal welfare, while ensuring culture and livelihood are considered.

The WSPA explains their long term aim is:

“[Helping] national and local governments, and the tourism industry, to introduce policy measures that will ultimately phase out the wildlife entertainment industry and keep wild animals in the wild, where they belong. They have adapted perfectly to their environment. Their unique anatomy, physiology, and behavior has adapted over many generations to survive and thrive in their natural habitat.”

Unfortunately, while there is still a demand for animal entertainment, the abuse of wildlife animals will continue. One of the most effective ways to stop the abuse is to stop the demand.

There is not a day that goes by that I don’t see or hear about more disturbing news about our animal kingdom.

Mankind has the ability to do so much good for animals, to take care of them where needed, to support and enhance their existence and survival, however, so many do the opposite, and we are collectively causing a tremendous amount of harm and unimaginable suffering.
`

“The greatness of a nation and its moral progress can be judged by the way its animals are treated.” ~ Mahatma Gandhi