3 Surprising Lessons for Writers from The Great British Bake Off.

With the craziness we face these days—I often find myself in need of an escape.

I seek out moments of peace where I can turn my mind off, relax, and do something that brings me joy. It is what I do to keep myself sane and healthy. But, I never thought I would find solace in a reality show.

Baking is a hobby, and when I heard about “The Great British Baking Show” on PBS, I decided to check it out. It is a reality baking competition, and after just one episode I was obsessed.

The eighth season is currently on in the U.K., and it started amidst controversy.

Channel 4 bought the show from BBC, and changed most of the hosts and judges. The show originated with Mary Berry and Paul Hollywood as judges, and Mel Giedroyc and Sue Perkins as presenters. In the new version, only Paul Hollywood remains, and the rest have been replaced. I miss the original cast, but don’t mind the new ones. The nature of the show is the same.

The first season aired in the U.K. under a slightly different format than the following seasons. It started with 10 bakers who traveled from city to city to compete. It was six episodes long, and there were one or two bakers voted off in each episode.

As of season two, the show features 12 amateur bakers who compete to win the prize of the best baker for that season. In each episode, the weakest baker leaves the show, and the best baker gets awarded Star Baker. In the finale, one of the remaining three bakers gets selected as the winner.

I am addicted and moved by the show, which is something I did not expect when I first started watching it. Even more unexpected is that I was able to draw some life lessons from it.

1. We must pursue our passion.

These are amateurs, so none of the bakers have dedicated their careers to baking, but it is clearly a passion, and it is this passion that drives them to excel.

The bakers are not competing for money. Most of the food competition shows out there provide gift money to the winner. But in this one, the baker gets an engraved platter. Instead of money, bakers seek recognition.

And, this recognition is not just external recognition. Sure, they want the accolade of Star Baker every week, and eventually be the winner at the end of the season. But, they also want to prove to themselves that they can do it. They are driven by their joy and love for the art of baking, and they use that fuel to meet the challenges and prove to themselves that they are capable bakers.

I find it encouraging to see people who are passionate about something, who are following their passion, and who allow this passion to drive them forward and to improve their skills and talent. I am only just now beginning to follow my passion for writing. To see the bakers driven by their strong emotions gives me the motivation to pursue mine.

Each episode takes the bakers through three challenges.

The first is the “signature bake,” where they are asked to bake items from recipes they are comfortable with. It tests their style, innovation, and creativity.

The second is a “technical challenge” in which one of the judges presents a recipe that lacks some of the details in order for the bakers to demonstrate their baking prowess. It tests their baking skills and experience.

The last challenge is the “showstopper,” where the bakers have to prepare something that tastes amazing and is visually awe-inspiring. It tests their originality and artistic skill.

Before each week’s challenges, bakers spend time at home practicing and perfecting their bakes. They try their recipes multiple times, until they get to a point where they feel comfortable.

Despite the practice, during the challenges, as is to be expected, the bakers encounter difficulties. Many of them are unable to finish, or complete their bake in the way they had envisioned. But they do not give up. They resort to plan B, or even plan C or D.

Only once did I see a competitor throw out his cake into the trash, and he left the show that day.

The bakers persevere throughout the season, no matter how challenging the competition gets. They push themselves from week to week, and it is encouraging to see their skills and confidence grow and develop.

I recently started submitting my writing for publication. Some of my articles get accepted, and some of them do not. At first, the rejections were disheartening, but after watching the show, I was inspired to see how the bakers used their mistake as reasons to improve and learn. I realized that rejections are just indications that I must push myself to become a better writer.

3. Kindness and generosity can be a part of competition.

The competitors are kind toward each other, and many of them clearly become friends. They provide words of encouragement to one another, and it is common to see bakers helping each other out. It is not that they do not take the competition seriously. They all want to be Star Baker, and avoid being asked to leave the show. But, if they finish a challenge with a few minutes to spare, they often help struggling bakers.

This is shocking to me, particularly when reality shows are known to depict drama and conflict. One would have thought that without that drama, this show would not have done well. But it is a popular show.

I also find it encouraging to see people helping each other, to being friendly, to being kind, and to being supportive, even when they are in a competitive environment. It makes me feel that although we are in a seeming dog-eat-dog world, there are those of us out there who do not feel that is necessary. We can be kind and still win. We can lose, and do so with grace.

I love the show because it gives me hope and inspiration. I have learned from the show, and not just new baking techniques—more importantly, the importance of pursuing my passion, and of persevering.

I don’t seek to be a master baker, although I enjoy baking. I seek to be a writer, and witnessing people put their creations out into the world is inspiring. Their perseverance gives me motivation to move on and push forward.

Their acts of kindness and generosity toward each other shows me that there is good in the world. 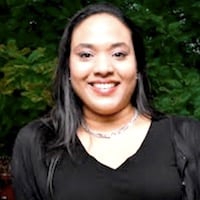