This Ethnic Cleansing is Almost Certainly Worse than you Think. 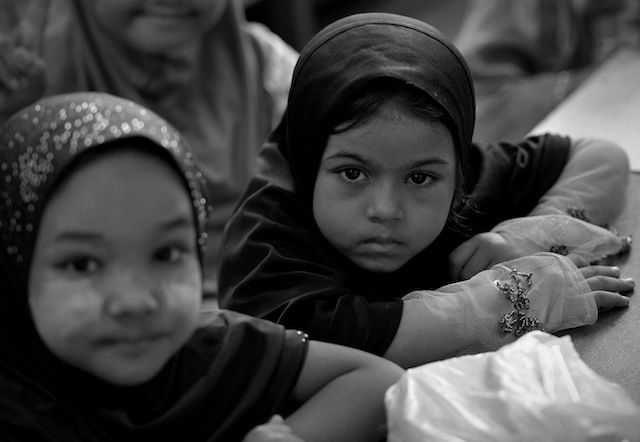 Author’s Note: Burma’s loss of the Rohingya is yet another stage in the world’s loss of its own humanity, but Burma itself will likely lose a whole lot more than this one small minority.
~

The ethnic cleansing of Rohingya from Burma is now just about complete.

The vast majority have fled to Bangladesh, and over half their villages have been razed to the ground. Like the Rwandan Genocide of 1993, the attacks happened so fast few commentators had time to wrap their minds around what was happening. Like the ethnic cleansing of Palestine in 1948, the tragedy will likely remain unresolved for generations.

Now that the smoke is clearing, we would do well to assess the damage.

The Burmese government is reporting that 400 Rohingya have been killed since late August, the United Nations 1,000, and Rohingya activist groups up to 4,000. These must be added to what the U.N. reports to be at least 1,000 killed earlier in the year.

But when the horrors inflicted by the perpetrators outpace the moral imaginations of observers, the body count tends to be vastly higher than most everyone suspects. We saw this in Syria where human rights groups continually underestimated the number of people killed in Bashar Al-Assad’s prisons. And we saw it with the Armenian Genocide, the killing fields of Cambodia, the Tutsi slaughter of Hutu in the Congo, and the Holocaust itself.

According to Human Rights Watch, Burmese soldiers have been gang-raping young girls and throwing the elderly into burning buildings. They have been spraying random gunfire into villages and systematically eliminating the men. The accounts of Rohingya who have fled the violence are consistent and typical of genocides, the threat of which seems to be driving their ethnic cleansing.

But with reporters unable to reach the scene of the crimes, we are likely hearing only the tip of the iceberg. The round numbers used in estimates are a sure sign that no one really knows for sure how many have been killed. It would be astonishing that in a rapid and systematic ethnic cleansing of almost half a million, in which the killings are happening en masse and with a brutality seldom seen outside of full-on genocides, the final death count came to anything less than 10,000.

The Rohingya now find themselves an unwanted minority in a country the size of Missouri with over half the population of the United States. Bangladesh is one of the world’s poorest and most overpopulated states. It is also one of the most low-lying, making it extremely vulnerable to rising sea levels. It is possible Bangladeshis will tolerate Rohingya refugees, but until quite recently they have been obstinate in their refusal to accept them, for the Rohingya are not the only flood with which the Bangladeshis must contend. Hence, the Rohingya will likely languish in underfunded camps, yet another responsibility of already overtaxed international organizations.

Meanwhile, if the Burmese military is able to get away with ethnically cleansing the Rohingya without consequence, it will send a message to autocrats the world over that it is now open season on minorities. Any leader or group wishing to expel their own long troublesome minority, who stayed their hand out of a fear of sanctions, will thereby sense an opportunity. We should prepare for Assad to commit ever more brutal atrocities in Syria, Saudi Arabia to intensify its starvation siege of Yemen, and Israel to launch yet another wave of slaughter in Gaza.

All of this is a natural outgrowth of Donald Trump’s rise to power and has been building since his election last November. When the head of the world’s most powerful state cheers on mass murderers like Vladimir Putin and Rodrigo Duterte of the Philippines, dictators the world over can only rejoice. Trump has broken the international consensus in favor of democracy and human rights, empowering autocrats everywhere. But the ethnic cleansing of Rohingya is a sign that Islamophobia has reached crisis proportion.

It is no accident that the minority with which the Burmese became most obsessed were Muslim. While hill tribes have been at war with the state for over half a century, it was the Muslim Rohingya, unarmed and defenseless until just a couple of years ago, who were labelled terrorists and targeted for elimination. Islamophobic bigotry has been normalized the world over, where rightwing nationalists have seized power amid a receding wave of globalization. But the ethnic cleansing of Rohingya marks a new stage in their persecution that will be felt from Paris to Gaza.

The ethnic cleansing of Rohingya may well mark the beginning of the end of Burma’s experiment with democracy. Burma’s de facto head of state, Aung San Suu Kyi, has revealed herself to be at best a gutless leader willing to sanction ethnic cleansing to preserve her power, at worst an outright supporter of ethnic cleansing whose racism is integral to her nationalism. Either way, she has become the chief apologist for ghoulish atrocities, and as a rightful consequence, her government will lose international support, without which it will struggle to survive.

Aung San Suu Kyi would never have come to power without substantial support from human rights activists. They propagated the fantasy of a Southeast Asian Nelson Mandela and inspired the sanctions that would force the ruling junta to the bargaining table. In the end, the generals wagered it would be easier to hold onto power by giving it up amid an easing of sanctions than by continuing to rule over a ramshackle economy increasingly dependent of China. But now that the Burmese people have shown themselves the willing supporters of ethnic cleansing and Suu Kyi its chief propagandist, the international community will find itself hard pressed to back her government.

With waning international support and a likely new regime of sanctions, Burma will have little choice but to turn to China, which will be happy to throw Suu Kyi under the same bus she so recently threw the Rohingya. It would be a lesson in karma sure to be understood by Burma’s Buddhist monks, who so recently led the mobs attacking Rohingya villages.

But if Burma’s loss of the Rohingya proves China’s gain of Burma, in the new great game of an increasingly broken world order, the reappearance of history in this one small corner of the world will take us yet another step closer to the death of democracy. Dictators the world over will surely rejoice at the opportunity this presents to their own affronts to humanity. It is all yet another sign of the horrors that might be inflicted when advanced democracies retreat from the global stage and the most powerful person on the planet encourages and inspires all of the worst impulses of an increasingly racist and ethnocentric humanity.

But, it is not too late to press the regime to reverse course and allow the Rohingya to return to what is left of their homes.