Yes, I Want Attention. No, there’s Nothing Wrong with That. 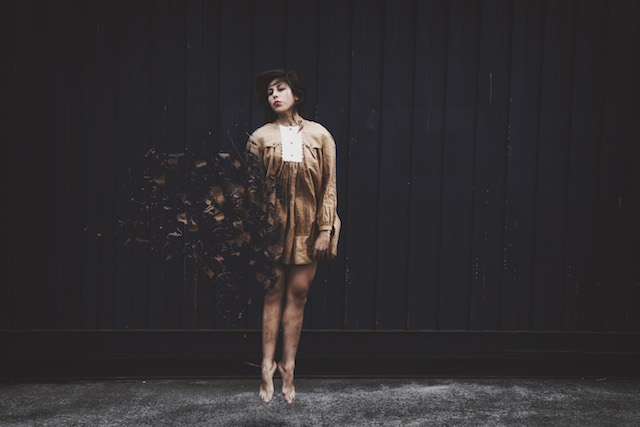 The first time I told a friend that I sometimes thought about “not being here anymore,” I was roughly nine years old.

The first time I remember intentionally cutting into my skin (with my nails, at the time) because I was sad, angry, or frustrated was when I was 10 years old.

And, although I didn’t know enough to use the words “depression” and “anxiety” until I was 18 years old, that was something I was dealing with through most of my teen years. It got worse around my high school graduation, but it was there as far back as I can remember.

To a certain extent, I’m sort of glad that it did get worse when I was 18, because if it hadn’t, then I might never have identified that I was mentally ill. And if I hadn’t identified that, I probably would have continued going back to that old excuse, the one that I told myself all the time—that I just “wanted attention.”

This isn’t necessarily anything that anyone told me. Luckily, nobody dismissed my claims of depression with an easy wave of their hand and the words, “You teenagers, you all just want attention.” But it didn’t matter that nobody said this to me; I said it to myself daily. I said it to myself because I had heard it said of other people, and I knew that if I did actually try to speak out, that was what many people would think. And if so many people would think it, then it must be true, right?

I wasn’t carving up my arm because I actually had a problem; I was doing it because I wanted someone to see and feel sorry for me. I mean, sure, I usually tried to hide the cuts from sight, and if anyone asked me about them, I’d lie, but that doesn’t mean anything, right?

Clearly, I just wanted attention, and that made the fact that I was doing it silly and meaningless.

I didn’t think about “being gone” because I was struggling with suicidal thoughts; I was doing it because I wanted people to treat me as special, as different. I clearly wanted them to give me an easier time and walk on egg shells around me, right? I mean, I made a point of never telling anyone that I felt this way, specifically because I didn’t want anyone to worry about me, but the mere fact that I felt that way in the first place proved that I just wanted attention, right?

I didn’t feel empty, sad, and scared all the time because I was dealing with a mental illness; I felt that way because I wanted people to feel bad for me.

This is why I hate it when people dismiss the way that someone feels by saying, “Oh, they just want attention”—because that is someone’s life and well-being that you are playing with.

All that person may need is one person to take them seriously, one person to point out that they way they feel is valid and it needs to be addressed, and that could be the difference between them taking their own lives or living with untreated depression for years, and them getting help for their mental illness and learning how to cope with it better.

Any time that you are put in a position to say, “They just want attention,” you also have the option to listen to them and take them seriously.

In fact, it has gotten so bad that some people don’t even have to be told that the way they feel isn’t valid; our society has so strongly perpetuated this idea that all people (and young people in particular) who are dealing with anxiety or depression are actually selfish, needy burdens that I didn’t even have to be told that to believe it. All I had to do was feel the way that I naturally felt, and I knew what people would think of me. And this can have some dangerous consequences for the person suffering.

But, for just a moment, let’s ignore the cases where someone who actually has a mental illness is ignored and refused help because of this stigma, because I know that most people would agree that that is a tragedy. What about the young people who are, legitimately, looking for attention? I mean, I’m sure that very few young people would go to the lengths of attempting suicide to try to get it, but I’m sure there are some who have, in fact, gone to very self-destructive lengths in search of attention.

Why do we look down on them so much?

What is wrong with wanting attention?

We all do. It is such an integral part of the human condition to want attention, to want love and acceptance and understanding, that we have a word for when we go a long time without getting it—loneliness.

And take it from someone who spent her teenage years cutting up her arm: self-destructive behaviour is never okay. We should not encourage it, we should try not to engage in it, and if we notice someone else doing it, we should try to talk to them about it.

But why is it that we say things like, “Oh, they just want attention,” as though that invalidates the whole act?

If they truly do “just want attention,” then they should get attention! They should get help, whether that be professional, medical help, or merely someone to sit down and talk with them.

Up until I was 18, when I realized that I had depression and anxiety and that the way I felt was real, that it did matter, I spent most of my life thinking that the things I did were merely attention-seeking, and, therefore, that they didn’t matter. They were my fault. I was the stupid one. I was wrong, and the way I felt should be kept to myself. I shouldn’t reach out. I shouldn’t try to get help. I should just suffer in silence.

And that’s what is wrong with this statement: it is just another way for society to keep people silent about what they are dealing with. It is a tool to keep us from talking about our mental illness, or about our feelings. And we need to talk. We need to open up. Because once we do, then we realize that we aren’t alone, that we aren’t at fault. Countless others have dealt with this before, and knowing that will help you to realize that you can get through this. You will be alright.

But it will be harder to realize that if we remain stuck in this cycle of silence.

So the next time that someone tries to talk to you about self-destructive or depressive thoughts, don’t dismiss what they have to say. Listen to them. You might not know exactly what to say; it might even be an awkward conversation to have, but it is an important conversation to have. It is a conversation that could, quite literally, save lives.

Even if they are young, even if you are not entirely convinced that they know what they are talking about.

Because once you listen to them, you might realize that they know more than you gave them credit for.

If suicide is on your mind, please reach out. The National Suicide Prevention Lifeline is available 24/7.