Gentle reminders from an Unlikely Master. 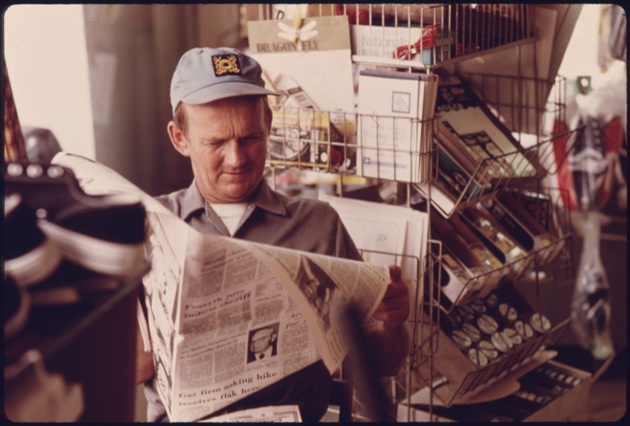 The “rule of three” follows Wiccan philosophy and represents an energy returning multiple times to present a message or a lesson.

Last month, a triad of events appeared in my life in quick succession: a freak storm topped 20 feet off an old spruce tree in my back yard, costing me a grand; my car was left with a $550 dent by a mysterious stranger; and my rushing through emptying the dishwasher caused me to make a $220 chip in my countertop.

There were no ravens cawing at my window in the early hours of the morning or a procession of candles spontaneously lit as I entered a dark room. Nor was a chalice dropped on my door step—nonetheless, by the third incident, I wondered what was up.

And then, a stranger changed my perspective.

The chip out of the countertop could have been ignored, but after years of living with the original 1979 surface, I had recently replaced it, and it made me crazy to see it blemished.

It turns out that there was only one man dubbed “the countertop doctor” who does quartz repairs in my area; he gave me a quote and a promise that he would also provide his expertise for removing any stains to the surface.

I hadn’t a clue then that his wisdom would offer so much more.

A week later, his Lexus pulled into my driveway.

Peter was in his late 60s and looked like he’d just stepped off the pages of GQ, wearing a crisp, white, button-down shirt and sporting a pair of Versace reading glasses. His Russian accent was subdued but distinct. There was a warmth and charm to him that made me feel like I was letting my best friend’s dad in.

I liked him instantly.

Placing his toolbox on the kitchen floor, he began the work.

He squirted a cleaner on a red wine ring and instructed me to make small circles with the paper towel while applying steady pressure over it. I did as I was told but quickly lost the rhythm and found myself scrubbing aggressively.

The faster you go and harder you push, the less you achieve.

He put his hand over mine, saying, “People scrub like this all the time, not realising that this is abrasive and hinders the process. Slow down.”

The truth of how this applied to the way I operated my whole life hit me square in the face. I was a champion at trying to plow feverishly through things only to end up with a bigger mess. Exhibit A: the chip out of the countertop. I wanted so badly to get it all done that I often expended more energy and accomplished less.

Moving on to a coffee stain, he told me to continue with the same circles and offered this little fact:

“Quartz is impermeable; it cannot be stained. What you see as discolouration is merely a layer of grease attaching to the pigment.”

Nothing soils us permanently, unless we don’t realize our attachment to it.

I thought about my dented car and how pissed off I was that someone just did that without a sense of responsibility. I realized the anger wasn’t worth wasting my energy. The door would be fixed, and it wasn’t serving me to keep thinking about it.

On a broader level, I witnessed how I did this over and over in my life in varying degrees. Specifically, I honed into how I carried my own damage—where I was dented. My inability to stop being wounded by a past painful experience had marked me—and, up until this moment, I had remained convinced it would forever. It was time to start the process of detangling from that.

Quietly, I watched the master fix the chip. He packed up his tools.

“I hope I don’t have to come back here again anytime soon,” he grinned, as he pocketed the wad of cash.

Before leaving, he turned and shared this last bit of advice:

“I go into homes, and there are those who want their kitchen to look like a showroom forever—you can tell they don’t cook much. Your kitchen has food, coffee, and wine colouring it—it’s a place for memories and meals; you use it well. Don’t get hung up on the stains and chips.”

Life is full of flaws and tarnished spots, but it’s a choice to not make them a focal point.

That topped tree cost me $1,000. Remarkably, it should have hit my house; it could have gone right through the roof into my daughter’s room. A gust of wind blew it two feet to the right instead.

I have so many beautiful things to be grateful for in my life, and yes, sometimes it’s tempting to get weighed down by the burdens. This subtle reminder to count my blessings was invaluable.

“Omne trium perfectum” is Latin for the perfection of things in threes. Thank you universe—I get the point.