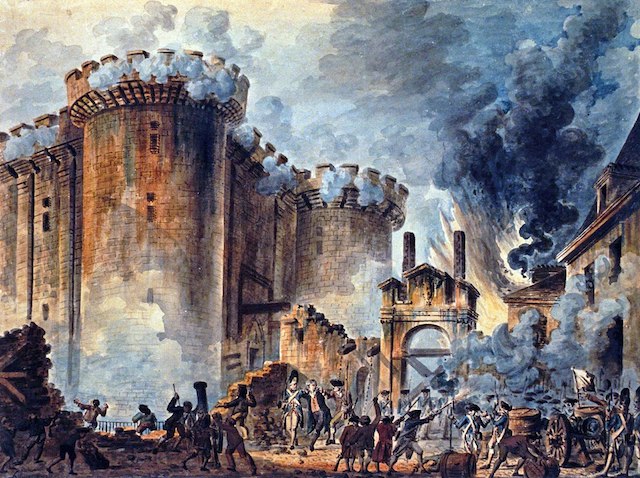 The greatest crisis confronting humanity today is the rapid degeneration of democratic institutions in every major region of the world.

It is in fact a greater crisis than any other to which we might respond, because our very capacity to respond to crises at all is premised on the ability to shape social and political outcomes, and this cannot be accomplished without the aid of democratic institutions.

If democracy goes, we should expect to live in vastly more unequal and environmentally degraded societies. But we should also expect to live in increasingly authoritarian and patriarchal societies, for personal freedom is rare where it may pose a threat to the power of ruling elites.

Hence, we should expect that if we cannot stem the degeneration of democratic institutions, recent gains made in gay and transgender rights will be reversed, and the liberation of women from subordinate roles the world over will be undermined.

But this is nothing compared with the freedom of thought and expression that will likely be curtailed for everyone—for there is no greater threat to autocrats than the freedom of thought, and they will shut down education, the press, public gatherings, artistic productions, and even scientific research to make sure it does not affect their rule.

If democracy goes, we may all find ourselves leading more claustrophobic and oppressive lives.

The crisis at the moment is quite severe. The most obvious challenge lies in the tyrannical tendencies of President Trump in America, but there’s a more dangerous trend worldwide. Right-wing anti-immigration populists were just elected head-of-state in the Czech Republic and Austria, the land of Hitler’s birth. They will join a growing block of illiberal ruling parties, including Poland and Hungary, in the increasingly fractured European Union.

The two major democratic power centers of the world are now paralyzed and in disarray, leading developing countries to look increasingly to autocratic models of governance. But even this eclipses other more dangerous trends worldwide. There is no major region of the world where democratic institutions are becoming stronger—and the most powerful states are becoming ever more autocratic.

Russia is systematically undermining democracies in Eastern Europe and Central Asia through its funding and support for right-wing, authoritarian populists. China is lining up behind an increasingly authoritarian leader, who is reviving the memory of Mao and a reverence for Stalin, both of whom waged genocidal campaigns, killing tens of millions of their own citizens. He is highly nationalistic and is going after rivals under the guise of an anti-corruption campaign—and unlike his predecessors, analysts have begun to question whether he is setting himself up for lifetime rule.

This follows a more general trend in which there were net declines in democracy, human rights, and the rule of law in 67 countries in 2016, according to Freedom House, an organization tracking political rights and freedoms. Whatever the reasons, we have now entered a global battle to preserve the foundations of freedom and the ability to affect most every issue we may hold dear—and far too few of us have awoken to the challenge.

There is of course no shortage of political emergencies, and if we responded to them all, we would find ourselves riddled with anxiety and increasingly unable to appreciate the world as it is. However, the crisis we are now confronting is foundational to all other social and political concerns. Without the ability to shape the political system from below, all other political causes are nullified.

If we cannot find the strength inside ourselves and among our communities to meet this challenge head on, we should prepare to finish our lives far worse off than they began, as the capacity to influence the institutions affecting the conditions of our lives is increasingly closed off to our voices.

We are now living at the hinge point of a massive historical juncture, the turning of which will likely determine the future course of your life and world for the foreseeable future. And while my own expression of the predicament may be more forceful and morally poignant than those of mainstream political analysts, it is far from unconventional and is being echoed from leftist radicals and neoconservatives, like former President Bush, alike.

Responding to this call need only involve following reliable news sources more closely, so you can better align to meet real political challenges; posting and sharing a bit more on social media about what is happening in the world; signing a few more petitions and donating a bit more money to candidates who will protect our democratic institutions; and having the fortitude not to turn away.

Everyday conversations matter as well, because they are where we share information, process our feelings, generate solutions, forge solidarity, make sense of the world, and ease the anxieties of our alienation.

There is a freedom that can be found in answering the call to freedom itself, for it releases us from our own pettiness and unites us to a higher cause. It widens our social horizons, opens us to the world, deepens our hearts and minds, and strengthens our wills. It is time we become better acquainted with its emotional contours so as to better answer its call.