Cheers to the Strong Women. 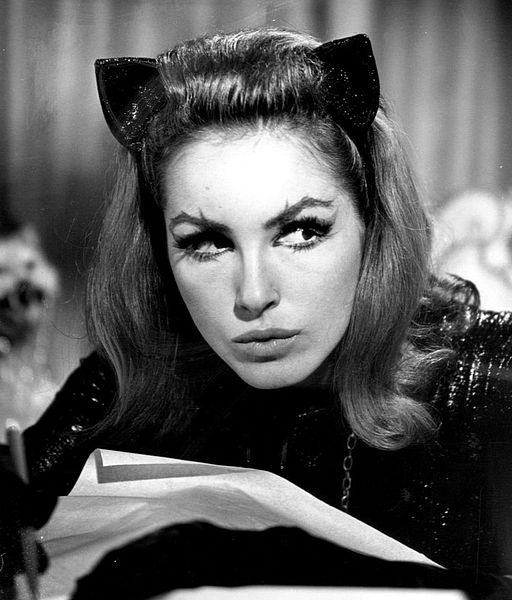 When I was 13 years old, I started to get into comic books.

At the time, I was particularly partial to superhero comics. And as a young girl, I heard all the jokes about how, of course I was so absorbed in a genre that followed traditionally handsome, muscular men dressed in skin-tight clothing. It didn’t seem to matter much if I said that’s not what drew me to the genre; everyone was simply convinced that must be what it was.

I had a hard time convincing people that when I opened a Batman comic, I didn’t do it for the sad, rich boy with abs; I was there for the tragic cat burglar who wanted love, but never at the expense of her freedom or independence. I wanted to read about the clown girl who fell head-over-heels for the wrong man, and then learned to recognize the abuse—and, with the help of her best friend (another woman who had faced mistreatment from an entitled and careless man) she got herself out of that situation.

I am, of course, talking about Catwoman, Harley Quinn, and Poison Ivy, respectively. Three fictional characters who are not only strong, capable, and fiercely independent—they are, quite simply, unapologetically female.

When I was 13 years old, these were the sorts of fictional characters that I was attracted to in all forms of media: power fantasies. More specifically, feminine power fantasies. I loved Buffy the Vampire Slayer, because she was allowed to (un-ironically) love shopping and make-up and gossiping, while still being able to kick some demon ass and stand up for herself. I loved Wonder Woman, because she was fierce and strong, but nurturing and loving all at once. I loved Xena, because she could be both warrior and princess without question.

When I was 16 years old, my attention began to turn a little bit more toward celebrities, because I suppose that’s what you do when you’re a teenager. The celebrities that I sought out were much the same.

I loved rocker chicks, like P!nk and Joan Jett, women who weren’t afraid to challenge what was expected of women. I loved celebrities like Lady Gaga, who insisted on expressing themselves in the way that they saw fit. I loved Emma Watson and any woman who was willing to brand themselves a feminist or stand up for women’s issues.

When I was 18 years old, I became more aware of the women in my own life and in my family (as you tend to do when you’re facing the possibility of moving out and moving on).

I heard stories about my maternal grandmother and how much of a firecracker she had always been. I heard about this five-foot-tall woman, growing up with nothing to call her own and having to build her own life from scratch. I heard about the time that her own brother made fun of her until she could stand it no longer, and she stabbed him in the hand with a fork.

I remember growing up with my mother, who was covered almost head to toe in tattoos and dyed her hair a new color every week. I remember her pictures being published in tattoo magazines, her name being made as a small-time tattoo model, even when she had two fully grown daughters. I remember her telling me that the people who thought she shouldn’t be who she was at her age didn’t matter. I remember her telling me how important it was to be true to yourself, and to be proud of who you are, no matter what that means.

I remember growing up with my sister, who has never once considered not speaking her mind. No matter what, even if what she says is considered rude or incorrect, she will say it. If others tell her that she should be humble, then she will climb to the highest rooftop just to scream out how much of a gift she is to the world. If someone tries to hurt her, then she will do precisely what she needs to do to protect herself, because that is precisely the sort of strong, independent woman she is.

Now, I am 22 years old, and more than ever, I am supremely aware that strong women are a gift to this world.

As women, we are too often told to be something particular; we are told to be soft, humble, passive, sweet—and whenever a woman does not subscribe to this limited definition of what a woman should be, the effect can be truly inspiring.

Because the fact of the matter is that women don’t have to be one thing. Women shouldn’t be one thing—there are millions and millions of us, and we are all vastly different. We all look different, act different, think different, love different, and we should reflect all of that in how we live our lives.

A woman who does not perfectly reflect society’s definition of beauty, yet still loves herself and owns whoshe has, is a rare and beautiful thing—specifically because society tells women that they shouldn’t do that.

We need to support our fellow women and encourage them to continue being themselves. Because we exist in a society that sometimes seems intent on tearing them down—but if we can remind them that what they do is important, then maybe they can find the strength to continue.

As women, we need to build one another up. We need to be there for one another—to make one another better, instead of constantly trying to prove that we are better than them. On top of telling women what they should be, society has also tried to trap us in a constant cycle of competition with one another: we must be the pretty-est, the most loved, the best mother; but the truth is, we don’t need any to accept any of this. We have the option of supporting our fellow women and helping them to become stronger.

Because we all deserve to be strong and to feel strong.