5 Things to Let Go of for a Healthy, Long-lasting Marriage. 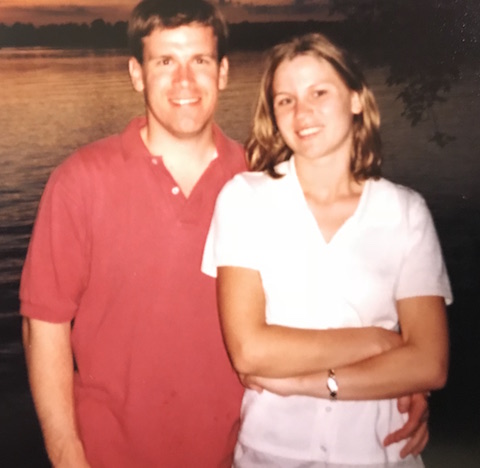 A marriage is a relationship like no other. It doesn’t have the obligation of blood ties. It doesn’t have the dependency of children or parents. Nor does it have the “easy come, easy go” policy of friendship. It’s an agreement between two people where ideally, like Salman Rushie says in his new book The Golden House, “We fall in love with each other’s strengths, but love deepens toward permanence when we fall in love with each other’s weaknesses.”

Whether or not my husband and I have fallen in love with each other’s weaknesses or simply have learned how to exhale and accept them, we have discovered how to fulfill our mutual desire to stay married.

We’ve made many mistakes along the way, but we both agree that letting go of these five things has helped us succeed the most:

Both my husband and I were athletes growing up, so even now, well into our 40s, we’ve maintained our competitive mindsets. This makes for a nail-biting game of Scrabble, but it doesn’t always make for a good marriage. There are many things we could, and have, turned into a competition over the years. Chores, acts of kindness, drives for the kids, failed ventures—all of these can become a strike for or against us. In any given day, week, or even year, the ticks on our individual scorecards could favor one of us over the other. We have, admittedly, shoved our scorecards in each other’s noses once in a while.

But we don’t anymore. That’s because over the years, we’ve seen that things have a way of balancing out. There have been times when I’ve endured a traumatic experience, or been ill, or been so absorbed in my work I couldn’t see a pile of laundry if it bit me. During these times, household chores have fallen harder on my husband.

But there have been other times when he has travelled extensively for work, or endured his own personal traumas. In these times, I have held up the mantle of household duties. In our game of Real Life, he and I are not competitors. We are on the same team.

“This is just like that time five years ago that you…” is a classic non-starter in an argument. It only serves to put the other person further on their heels. If this is your intention, then by all means, revive a past argument. But if your goal is to be heard and then move forward as a healthier, more communicative couple, then say R.I.P to past grudges and arguments. Whatever your partner did or didn’t do in the past, no matter how much you are reminded of it again now, that issue is not up for renewal if it has been litigated and forgiven.

My husband and I often think back fondly to our first years together—back when we were still merely pretending at adulting. Those were some fun times, we think. A life of freedom, spontaneity, and so little real responsibility.

But, as we fondly remember those Hefeweizen and pool-playing Friday nights, we forget that we were also desperately in debt, we fought often, and we wanted nothing more than for life to settle down into a stable routine.

We also sometimes look back and remember each other as different people, and have, tragically, called each other on it on occasion. “You used to be more…”  is, I promise, a terrible way to start a conversation and an awful thing to hear.

People aren’t meant to stay the same forever. Choose to love the person who stands in front of you now, or not. But don’t try to force your partner backward into someone who doesn’t exist anymore.

4. The impulse to turn your partner into the enemy.

Life is stressful. Out in the world we often have to paste on a smile, or swallow our anger, or choke back tears. But once we’re home, we feel safe to unpack those feelings, and we often dump it right on the other person. We all have to find a way to vent, and learn to listen to each other’s grievances. It’s important to do so in a way that the other person does not feel they are to blame.

In a healthy marriage, our spouse is our greatest ally. There is probably no one in our life who has our best interest at heart more than a spouse. Keep this in mind during a healthy vent.

5. The idea that “the other half” will complete us.

Personally, I’ve never swallowed the idea of a “soulmate” or the “he completes me” bullsh*t.

My husband and I are not a perfect match by any means. He loves loud music, large social events, and stupid-funny movies. I prefer silence, reading, and clever-funny movies. Yes, there are many cups we fill for each other. As for the other cups, we have learned to get those filled from others, or other things, or ourselves.

The first time we learned this hard truth for ourselves was about 13 years ago. I can see now that I was going through an existential crisis. Given that my husband was raised on both a Lutheran and a Catholic diet, I naturally turned to him as a spiritual mentor and guide. But his religious upbringing had soured him on religion, rather than turn him into a spokesperson of it. I pushed for dialogue; he shut the door. I pushed harder; he put up a soundproof wall.

Finally I threatened, “Fine. I’m going to find a spiritual mentor to help me instead.” He said, “Hallelujah.”

Fast forward to today: I have my philosophical friends and book lovers to lean on. He trades inside jokes and trivia with his bandmates. We have each learned how to feed our individual souls through a variety of people and outside hobbies.

Our ability to let go of these things is what has brought us from “I do” to “I still do.” Now, when we come together, we don’t need much else from each other than our company. That’s what we enjoyed about each other when we first met, and that’s what we will toast to on our 20th anniversary. 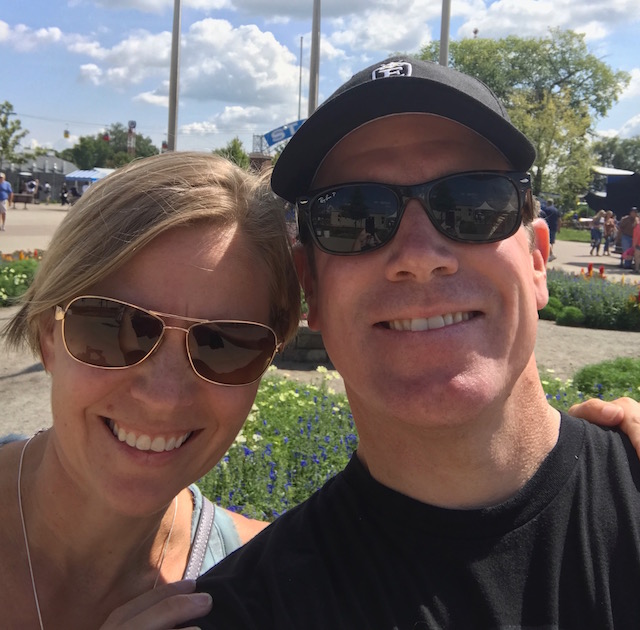