Don’t we deserve Better than some kind of Half-hearted Love? 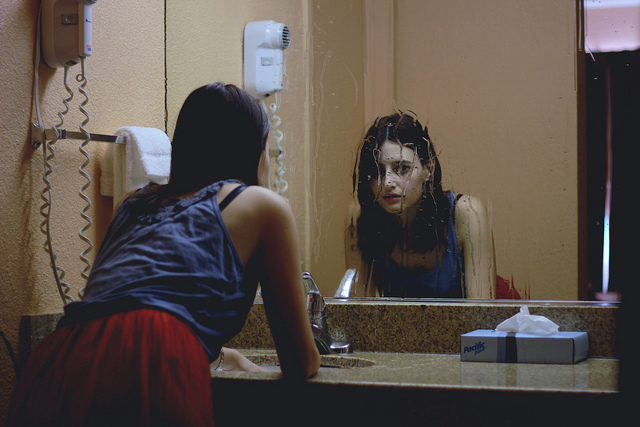 We all know those people who front on Facebook about their relationship status.

They paint this picture of domestic bliss when we know for a fact that it’s not as rosy as it seems. Lately, the very idea of this feels like razors scraping along my skin. I scroll through my social media with a raised eyebrow and the absolute certainty that there’s so much more to life than settling for less—no matter how difficult it may seem.

I’m so damn tired of seeing people settle for less than they deserve—with work, with life—but particularly in relationships.

Maybe it’s because after years of being complacent, I’ve finally freed myself from a relationship that was so much less than I needed. I’m sure friends saw my posts for years and wondered when I would finally see the light. And I hate to be the world’s biggest advocate of breakups and divorce, but quite frankly, too many relationships are total bullsh*t.

If we make no other resolution each year, it needs to be that we stop settling for less than we deserve.

I get that we’re not ready to leave until we are ready. I know it’s not as simple as just deciding to go. Even when we know something is probably not good for us, most of us still give it our all. After all, we’ve invested our time and attention into these relationships, and it’s difficult to walk away, particularly when our attachment is still strong.

But don’t we deserve better than some kind of half-assed love?

I hear the stories all the time. The women who work full time, do the majority of the child rearing, and are still expected to do the lion’s share of the housework. And it’s not just women. I’ve heard of men who keep going back to the same relationship, convinced that this time it will work out, even though they’re just being used as a backup plan because something else didn’t work out. We all deserve so much more than someone who isn’t a full partner.

And don’t come at me with ideas about how one person should be the leader in the relationship. I’m talking about healthy relationships. Full partnerships. People who see each other as equals and balance the relationship roles so that one person isn’t making all the effort while the other person skates by.

That includes in the bedroom. Too many men think sex ends after they orgasm. Too many of them think that women’s enjoyment is a secondary consideration. And let me just say: women are capable of multiple orgasms, which means they should be having them. There should never be a time when one partner is satisfied while the other isn’t. That’s ridiculous, and if that’s happening, it says a lot about the relationship outside of the bedroom too.

And while no person owes anyone (including a partner) sex, a healthy sex life is essential to a relationship. But don’t expect to have one if there’s no intimacy outside of the bedroom: eye contact, actual listening, interaction, and quality time spent together. These are important factors in being able to achieve true connection on a sexual level too.

Sometimes, I think the reason we settle for less is because we think that’s all we deserve, or it’s the best we can get. I would rather be alone than in a relationship that is draining me dry.

Our relationships should add value to our lives and not subtract from their quality. And it’s difficult to have a relationship like that when we believe that we don’t deserve better. When we love ourselves fully, we have zero tolerance for being treated poorly. We’re more likely to have healthy boundaries, to communicate about our needs, and to require our partners to step up and be partners.

I also understand that fear is a consideration when we stay in these types of relationships. In abusive situations, that fear is understandable and rooted in actual danger. But even in unhealthy relationships, there may be elements of fear. The unknown is scary, and the world of dating isn’t a cakewalk. Sometimes, it seems that compromising in a bad relationship is the better alternative.

Recently, I had an epiphany about this. When the relationship first ends, we go through a grieving period. Whether it’s brief or it lasts a while—for a time, the person’s absence is more present than their presence might have been. It can be a haunting, unbearable experience.

But I can almost guarantee that on the other side of all that pain is freedom. It leads us to shaping our lives around new things. It helps us create a new existence that doesn’t include that person’s presence—or feeling their absence. And we adjust to it. Our whole lives begin to accept this as the new normal. We realize we don’t have to stay in these awful relationships and accept them as our due. We don’t have to compromise on the things that are most important to us. Our worlds shift and utilize that space for new people and new experiences.

Part of me thinks this is sad, but a bigger part sees the grace in this. Being both adaptable and resilient helps us move through life’s changes, and it often makes us stronger, if we learn the lessons in each experience.

There’s freedom in loving ourselves enough to know that we deserve better. There’s grace in leaving a bad situation and opening ourselves up to new love and new experiences. It is a risk—of course it is. But it’s also a way to reclaim our lives, to say that life is too short and too precious to just settle for a love that doesn’t meet our needs.

And while it’s not up to me to decide what is or isn’t best for someone else, I will say that there should be some non-negotiable factors. Factors like trust. Respect. Consideration. Honesty. Those shouldn’t be areas where we compromise. And if we are, maybe it’s time we think about setting ourselves free.