How becoming a Mindful Mama led me to a much-needed Divorce. 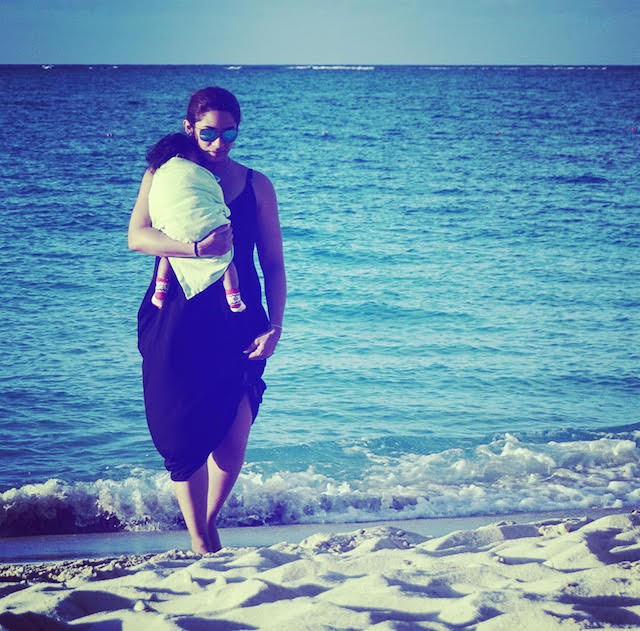 Saying it out loud was terrifying. No one gets married with the intention of getting divorced.

As a child of divorce, I never thought I’d be in this situation. I really thought things would be different for me. But if I’m honest, the signs were there all along, and it just took a change in circumstance for me to recognize them.

I’m 33 years old, I’ve been married for three years, and I have a six-month-old daughter, who, for obvious reasons, turned my whole world upside down. The first few months of her life were the hardest, most stressful, and exhausting few months of mine. I’ll be honest: being a new mom was rough. Was my heart bursting at the seams with love for her? Absolutely. Did I simultaneously want to stab myself in the eyeballs? You betcha.

Additionally, just before she was born, I had decided I wanted to get back into writing. I applied for the Elephant Journal apprenticeship when the opportunity presented itself, and ended up starting the program when she was just three months old. In joining the apprenticeship, I did something I hadn’t done in a long time: I spent time with myself. I thought about my life and everything that brought me to this point, I paid attention to all of my feelings, and most importantly, I started writing.

Mindfulness means different things to different people. To me, it was giving myself time. Time to breathe, time to clear my head, time to focus on my thoughts, and time to understand the root cause of my feelings. By spending this time with myself, I realized that despite being blessed with life’s most amazing miracle, I was actually miserable and borderline depressed, and it wasn’t from the lack of sleep or my baby girl’s constant need for attention. I was unhappy in my marriage, and discovered that I had been for a long time.

If it wasn’t for this apprenticeship that gave me space to dedicate to myself, I don’t think I would have had the time to really reflect on my relationship and determine that it was time to leave. It was through this journey with mindfulness and writing that I realized a few important things about my marriage:

1. My expectations were unrealistic. Expectations are supposed to be shared by your partner; that’s the only way they will survive. In the case of my marriage, they were not. This was unfair to my husband because he truly believed that he was doing his best, and it was unfair to me because my needs were not being fulfilled. I whole-heartedly believed in his potential, but he was content with the way things were, and that disconnect made it difficult for us to see eye-to-eye.

2. There was a pattern to my relationship. First, we would fight and argue about a specific issue. Then, we would have a heart-to-heart conversation and find a compromise. This would be followed by a period of time where things were great. And finally, the same issues that were the cause of our initial fight would rise again. Lather, rinse, repeat. This might be oversimplified, but sometimes it’s better to look at things that way than to over-complicate them, especially when dealing with the same issues time and time again.

3. I no longer recognized myself. When I looked at the years of my life prior to this relationship and the years after, I saw a drastic difference between the person I used to be and the person I had become. It was a hard pill to swallow, especially since I had heard it from other people, namely my family and friends. Looking back, I realized that I invested so much of myself in my relationship that I lost my independence and everything that made me…well, me. I yearned to return to my roots.

In addition to the space for reflection the apprenticeship gave me, I came to even more clarity through my lived experience as a new mother.

If this wasn’t implied at the beginning of this piece, becoming a mom has single-handedly been the toughest job I have ever had in my life. We’ve all seen it in the movies and maybe we’ve even had a few friends that popped out some kids here and there. But it wasn’t until it actually happened to me as I watched my little microscopic bean turn into a watermelon, that I realized I really had no clue what I was doing despite all the baby books and apps I had. On top of that, every pregnancy, delivery, and child is so different that my experience will always remain unique to me.

I now understand that this is why women always told me to do what was best for me, what I felt comfortable with, and to just focus on keeping my baby happy and healthy. There was only one person who could answer the stay-at-home vs. working mom debate, or the breastmilk vs. formula debate, among the several hundred other questions that crossed my mind on a daily basis: me.

Ultimately, I had to decide what worked best for me and my family. In practicing staying present through mindfulness, here’s what I learned after entering motherhood:

1. Parenthood is a shared responsibility. Between breastfeeding, diaper changes, and the exhaustion of taking care of a newborn, I needed a partner that understood my needs and one who could split the duties of parenthood 50/50 (or at least 70/30, as breastfeeding was a huge part of it). I realized that I was doing most things on my own, even during pregnancy: building out the baby registry, getting the baby’s room ready, and planning my baby shower. After my daughter was born, it was even more clear that I was taking on this huge responsibility by myself—a very lonely place to be.

2. Being a mother requires and develops strength. Maybe it’s the fact that I pushed a human out of my body, but once I recovered from labor and delivery, I felt stronger both physically and mentally. I was so full of love for this little being that I didn’t have time or space for anything or anyone else. It made it easy to cut out the people who didn’t bring any value or warmth into my life, and I was able to stand up for myself without the fear of being judged. Sadly, my husband fell into this category, and I had to come to terms with the fact that I needed to write the rest of my life story without him.

3. Fearing the unknown isn’t helpful. I used to be afraid of being single again and either starting over or ending up alone. But now I have my baby girl, and regardless of what happens with my love life, I know she will always be the center of my world. Now that I know more about myself and my expectations in a relationship for both me and my daughter, I am no longer afraid of my future. In fact, I am running, dancing even, toward it with a big smile on my face and my arms opened wide.

My apprenticeship with Elephant Journal helped me discover all of this and to ultimately find my voice. Through the simultaneous experiences of mindfulness and motherhood, I was able to recognize what I should have told myself years ago: he’s just not right for me. After I was able to admit that, the words, “I want a divorce,” were much less daunting to say out loud. 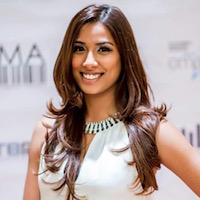