I Broke my Leg & Learned…Nothing. 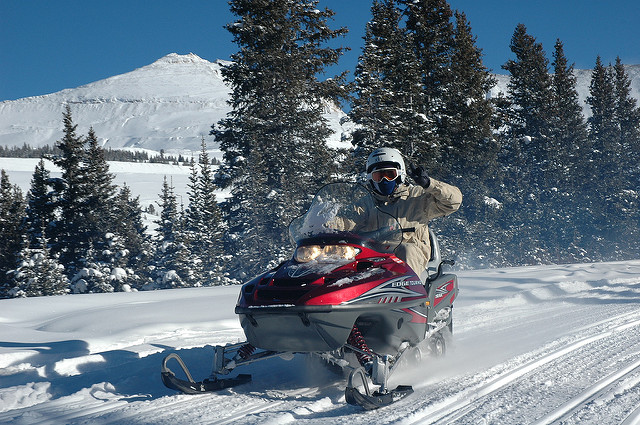 Two days after Christmas, almost three weeks ago, I fell off a snowmobile on an icy patch of slope on Mount Lebanon.

In what seemed like slow motion, I watched my daughter fly off from behind me and the 800-kilogram machine land on my leg. Then I heard a crack.

I knew immediately that my leg was broken. I looked down and saw that it had turned to the right at an unnatural angle.

I lay writhing in agony waiting for the ambulance to arrive. I tried to remain strong in front of my two children, who were quick to lie next to me and offer their support despite their horror. After the adrenaline wore off, the pain became increasingly unbearable as I continued to lie there in the snow, utterly helpless.

At breakfast, before my snowmobile adventure, I’d been reading about Stoic Philosophy. Marcus Aurelius’ words in particular reverberated in my mind:

“You have power over your mind, not outside events. Realize this, and you will find strength.”

The pain didn’t subside—but now, I was meditating and focusing on Aurelius’ words. I knew that I could only do one thing: focus on getting through the pain and reaching the hospital.

The pain still didn’t go away, but once more, I recalled Marcus Aurelius’ wisdom:

“The cucumber is bitter? Put it down. There are brambles in the path? Step to one side. That is enough, without also asking: How did these things come into the world at all?”

This quote immediately vanquished any murmurs from my thinking mind, such as “why me?” and “why now?”—and instead helped me to focus on what to do next.

After what seemed an eternity—almost an hour—two young Red Cross volunteers came with a stretcher and somehow bundled me into a small ambulance. The driver drove frantically down the winding mountain roads, and after a scary roller coaster ride, I finally arrived at the hospital.

After putting me on a drip, giving me a painkiller, and taking an X-ray, the doctor confirmed my worst fears. I needed an operation.

Again, I focused only on what was next—the operation. By now, all my family and friends were at the hospital, shocked but offering love and support.

The next day, I underwent a five-hour surgery to have metal rods and screws inserted into my leg. Both my tibia and fibula turned out to be broken.

I remained calm over the next few days and recovered well from the operation. During those first days, I found myself reciting those Marcus Aurelius quotes in my head almost every hour.

However, as I discovered when I left the hospital to return home, my challenges were yet to begin. My first shock came when I couldn’t get up a short staircase and needed two grown men to carry me up to my flat.

This was not only frustrating, but embarrassing.

Then came the realisation that I couldn’t do even the simplest things—take a shower, change my clothes, or carry my phone—while on crutches. I always had to rely on someone. I slept terribly too, waking up every few hours when the pain became unbearable.

A few days of this, and I was starting to get angry. I became withdrawn; I just wanted to listen to somber music and feel sorry for myself.

My mind was everywhere. It couldn’t settle, no matter what I did.

I tried meditating, listening to upbeat music, journaling, and reading, but all of my usual rituals couldn’t help. I quickly forgot Marcus Aurelius and all the self-help work I’d been doing for the past seven years.

I was firmly in “fight-or-flight mode,” and like a wounded animal, I felt like I wanted to attack anyone and anything. I was furious with the gods.

However, every morning I kept trying to perform my rituals. And slowly, I started reading again—and then journaling. My mind began to calm down, and my thoughts settled into acceptance. I came to terms with the fact that I had to carry a mending leg around, that I had to rely on others, and—most difficult of all—that I had to keep sitting with my helplessness.

Living with uncertainty, without control over my body or my next steps, is proving to be the biggest challenge in my recent history.

For the past week, I’ve been up and down. One day, I’m optimistic. I think about how 14 days have passed, and I’ve only got 32 left in plaster. But on other days, I look with envy at those who walk freely. I feel enraged that this all had to happen at the start of the year, when I had so many plans to kickstart further growth.

Pema Chödrön, in Living Beautifully: with Uncertainty and Change, says:

“When we resist change, it’s called suffering. But when we can completely let go and not struggle against it, when we can embrace the groundlessness of our situation and relax into its dynamic quality, that’s called enlightenment.”

I’m not yet enlightened, as this incident has so starkly proven, and I doubt if I can ever reach that level of enlightenment.

So far, I haven’t taken any big, insightful lessons from this experience, apart from an understanding of what real pain means.

However, I’ve started to appreciate the little things that we take for granted—like walking, sleeping, bathing, and climbing up the staircase when we forget something upstairs.

And, most importantly—since this is my first piece of writing of the new year—in sharing my story and pain, I have begun negotiating acceptance of my accident. What’s more, I have started down the road to recovery.

And, for the past few hours, while writing this piece, I have forgotten about my broken leg…and there are only 31 days left now!

4 Ways to Reclaim the Lost Skill of Patience.

These are the 6 Rituals that Changed my Life.