Your Depressive Thoughts are Not Real. 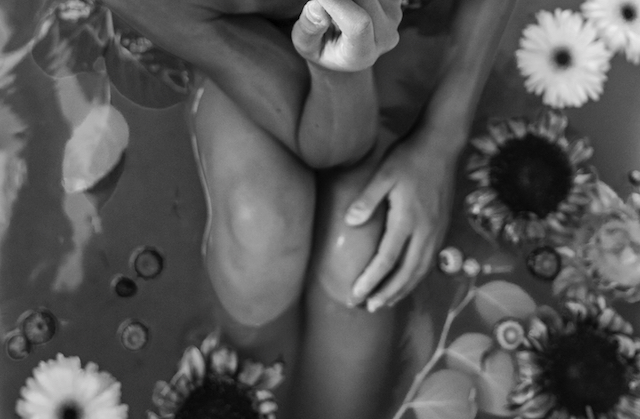 Have you ever heard of depressive realism?

I’m not qualified to explain it in great detail, but basically, it means that people who are depressed have a more realistic view of the world.

There was a study trying to prove this theory that asked participants to press a button and say how much control they believed it had over whether an attached light would go on or off.

I first heard about depressive realism in my philosophy class when I was 18. My professor mentioned it in passing, saying studies had proven that people with depression held a more realistic view of the world.

He didn’t go into much more detail, but I had heard enough to conclude that depressed people had a more realistic—that is, accurate—world view.

This was not what I needed to hear. Because this was during the exact time that I was falling into a deep depression that would last for years.

The last thing I wanted to hear was that my perception of reality was true, because that meant I was worthless, incapable, weak, and stupid. It meant that the world was corrupt and beyond saving, and I could do nothing to save it.

Instead, my depression grabbed onto this idea of depressive realism and ran with it. It was confirmed: I was worthless and stupid. Anyone who thought otherwise was delusional and couldn’t accept reality. And the world was going to burn to the ground. Anyone who tried to save it was fighting a losing battle.

This was the truth, and the only reason others couldn’t see it was because they were happy.

That was my first significant experience with the long, uphill battle I’ve had with depression. I’m in a much healthier place now, but I still have bad days, even weeks.

Thankfully, I’ve learned how to recognize the signs now and ways in which I can better manage it. And I no longer accept that depression gives us a more realistic view of the world.

I’ve been on both sides of the spectrum. I’ve been depressed and seen the world as a terrible place full of terrible people. During these times, to me, this was absolute truth, and I had more than enough evidence to back it up.

I’ve also been happier, when I still saw the world as flawed, but knew in my heart that change for the better is possible—because I’ve changed for the better. I’ve experienced my own successes and proven to myself that I am capable. I believe that people are inherently good and are doing the best they can with the resources they have.

This, to me, is also truth.

I’ve concluded that, at the end of day, our reality is what we believe it to be. All depressed people don’t see the world more realistically because there’s not one set perception of reality. The world is exactly how we perceive it to be.

We can conclude that it’s a terrible place full of hatred, or we can see it as a beautiful, loving place.

What we focus on, becomes what is.

Of course, it isn’t black and white. If we are experiencing depression, we can’t just decide to start seeing the world better; depression doesn’t work that way.

But we have to remember that the way depression makes us see ourselves, the people around us, and the world at large, is not real. It is our perception in our depressed state.

The views that depression tries to give us are lies, and more importantly, they are not constructive lies. So if this is the case, then why not fight to convince yourself of something better? Why not counter your negative thoughts with positive ones?

Does this mean positive thoughts are lies, as well? That’s one perspective. But isn’t it usually the case that when we’re in a positive state and have a positive outlook, more positive things seem to happen? I personally think this sounds like the better option.

So let’s try something different. Each time we catch ourselves saying or thinking something negative, counter it with something positive about ourselves, about the world.

So even if these positive things feel like lies at first, keep repeating them. Like anything you do repeatedly, this will become a habit until you notice the positive thoughts have started to take over…and you actually believe them.