How to Undo the Negative Beliefs we have about Ourselves.

“Everybody is a genius. But if you judge a fish by its ability to climb a tree, it will live its whole life believing that it is stupid.” ~ Albert Einstein

My earliest memory of feeling stupid was in the fifth grade.

My entire class laughed at me for not knowing who the first president of the United States was.

Now, at the age of 38, I still feel the sting of not being smart enough. I have allowed this feeling to be a catalyst for holding me back for a long time, from a lot of things.

I am ready to give that up.

Let me start by sharing the story I’ve told myself:

I am terrible at spelling, awful at math, and I can’t remember critical names or events in history to save my life. In the past, I would freeze at the sight of any test that required my ability to remember statistics, dates, names, or facts. As a senior in high school, I never took the SAT and decided against college for fear of failing and not being good enough.

In fact, I’ve never believed I was good enough, at anything.

Somewhere along the way, someone told me I was stupid or implied it; or perhaps it was no one person but several incidents that allowed me to reason that it was true.

Now that I look back, it’s even quite possible that no one ever really sowed that seed but it was I who allowed those weeds to grow…

So how do we undo a belief we have about ourselves?

I started by being aware of my thoughts. I also started paying attention to the feelings that accompanied those thoughts and how my body reacted. When I felt like a failure, that showed up in my body as anxiety and nausea. Once I became more aware, I realized that 10 out of 10 times, my feelings were all based on fear.

And fear has a way of keeping us safe but small.

Fear is good when it protects us from real dangers in life, ones that can cause us physical harm. Maybe we’re scared of lions eating us in the jungle—but let’s be honest, most of us are not wandering through the African savanna. We are simply trying to dodge the lions of everyday life: judgment, failure, not fitting in, or—God forbid—standing out!

When those fears and old stories started coming up, I began replacing them with a new story—one that helped to build my confidence and allowed me to create a new vision of myself.

I told myself that failure was a learning curve, judgment was a gauge on how often I was putting myself out there, and not fitting in meant that I was capable of going against the grain.

Repeating that story helped me believe in myself.

I became brave enough to stand out on my own, with hopes of inspiring others to do the same. I started setting intentions for myself instead of expectations, and remained flexible and willing to adjust the plan.

I also turned down the volume on my negative self-talk. We know it’s always going to be there, but we don’t need to sit down and have a conversation with it. It’s time for us to make a new, more inspiring recording. If we keep repeating the new, perhaps we can begin believing in that too.

I intentionally started doing things that scared me and directly contradicted my beliefs about myself.

I found the quickest way to prove myself wrong about myself was to go out there and just do it. I refused to let the story I made up about myself, at the age of nine, continue to be the reason why I didn’t do things in life now, as an adult. Even when I failed, the lessons I learned, relationships I gained, and knowledge I acquired was priceless.

I would never have been able to start blogging two years ago if I had listened to my story. Clearly, a stupid person who can’t spell and is a two-finger typist could never be a good blogger. Yet, here I am. Blogging to you and proving to myself that I’ve been wrong all along.

I am still a fish, unable to climb trees.

I do not remember history any better now than I did at the age of nine. With the help of spellcheck, my spelling has improved but I still do math on my fingers. I still sweat when faced with a test, but instead of mapping out all my weaknesses, I focus my time on what I am good at instead.

I only chase after things that inspire me, not what society says I should do.

I contribute to mankind with my thoughts and my words, always doing my best to be kind and inspire, and making a difference in the lives of those around me. I lead by being an example of the kind of change I’d like to see.

Ultimately, what I have learned as a fish is this: it is best to leave the scientific equations and history books to those who climb trees. If you need me, I’ll be working on my ability to swim in the sea. 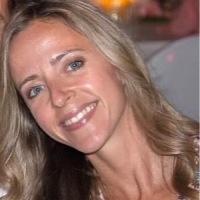