I’ve Learned to Master the Art of Nothingness. 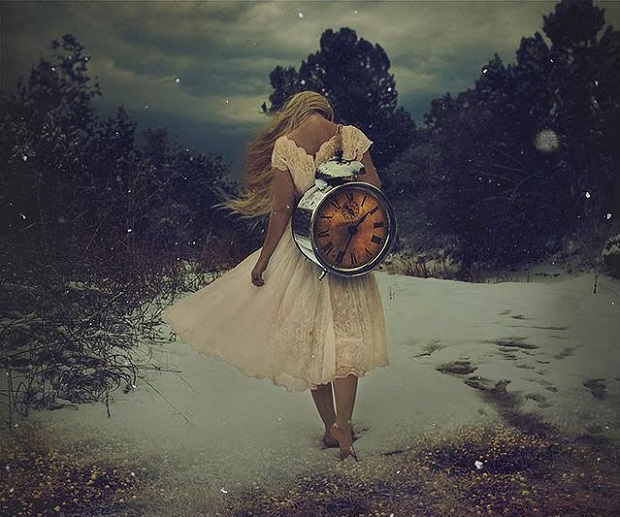 “No” was a word my mouth uttered often, while my heart—feeling wildly different—remained silently crushed in the background.

I wanted to say “Yes” but felt I needed time to do the things I wanted to say yes to, and I believed I only had time if I had nothing to do. The solution seemed obvious: I needed to do more in order to gain time. The paradox of this belief escaped me.

Time, or rather lack of time, became a huge stressor for me. I was in a constant state of panic, worrying that I would run out of this precious, limited, irretrievable resource. It was all I wanted yet it continued to mysteriously elude me. I continued to push myself, pressuring myself to get everything done so that I could finally enjoy the comfort of time. But for every achievement I made, another desire or “to do” arrived in its vacated space, and the luring promise of time would once again slip away. It was a cruel, heartless tease, and I—the hopeless fool— was unworthy of its love.

The constant effort to become deserving of time was exhausting. My energy was pulled in so many directions, none of which I truly wanted to participate in.

I was left unmotivated, unfulfilled, and so f*cking exhausted from not being the person I wanted to be. Surrender whispered in my ear. But I ignored her—I had failed to recognize her grace, and she was nothing but defeat to my assiduous mind. I had zero time for her, yet she continued to attempt to seduce me with her charms. Depleted, I decided to flirt with her; the truth was that I wanted her. Shyly, I began to trust her. Finally, I succumbed, sinking into a place of nothingness. I rested there.

In doing nothing, I relaxed, I mediated, I spent hours lounging in my hammock.
I read books I had wanted to read for years
I connected intimately with friends in a way I never had time for before.
I wrote. I danced. I laughed.

It all sounds dreamy really, doesn’t it? But it was torture at first—squeamish and nauseating, at times.

My mind fought for life. My need to achieve felt completely punished, rejected, and ignored, as if my entire existence until this point had been completely worthless and was now being sucked through a tunnel of dark, empty nothingness, with no option to ever return.

My control put up the greatest fight of all; she resisted with everything she had. She used every tactic she had in her power to get me back. She took over my mind, shaming and threatening me with constant thoughts and fears—terrified I would let her go. She encompassed my mind, who gave me countless convincing reasons as to why it was imperative that I had to remain busy, and that she remained constantly running, switched on, and adhered to as the influential and authoritative figure that she was.

So while doing nothing sounds glorious, like riding a dream wave to a life of tranquil freedom, there were great swells hustling to take me down along the way. Some terrified me, others thrilled me, some brought me close to myself and I couldn’t tell if I wanted to live this beautiful life forever, or die in agony right there and then. Some showed me every ounce of pain in the world through eyes of boundless love. Some wiped me out completely, while others ignited every nerve of my being.

That was the wave, but there was no need to ride it, only to surrender.

So I did, and in surrendering, I discovered that there was nothing to do!

In doing nothing, I became bored. Endless hours lying in a hammock can actually lead to a desire to move one’s body. In those moments, I would lie on my mat and breath, still doing nothing. I would allow my breath to carry my body into the movements she craved to enact. On one of these occasions, I ended my practice in immense gratitude—gratitude to my body for showing me how to move.

Her movements were so effortless, yet so attuned and felt so practiced, despite me never experiencing them before. She, in turn, expressed gratitude to my mind for silencing momentarily, which was what allowed her to move in such a way. “It’s not that I don’t want your mind,” she said lovingly, “Or that I don’t need you. I am not rejecting you. You are constantly at work; all I’m doing is asking you to rest. I am simply giving you more time.”

In all of her busyness, her urgency to get things done, her fears and woes that she would never have enough time, it was there waiting for her all along.

My true fear was not a lack of time: it was a fear of rejection for enjoying what was already mine, for taking what I wanted, for taking the easy route, for recognizing the innate strengths which sat at my disposal, allowing life to become effortless. Fear of stepping into all of my worth and living a life of receptivity, ease, and joy, where time was not something I had to earn but something I had so much of that I could spend it frivolously doing everything—and nothing!

When was the Last Time you did something for the First Time? 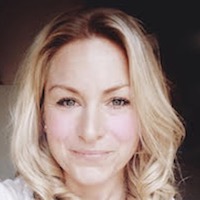