The Truth about Gluten from an Organic Chemist Living with a Sensitivity. 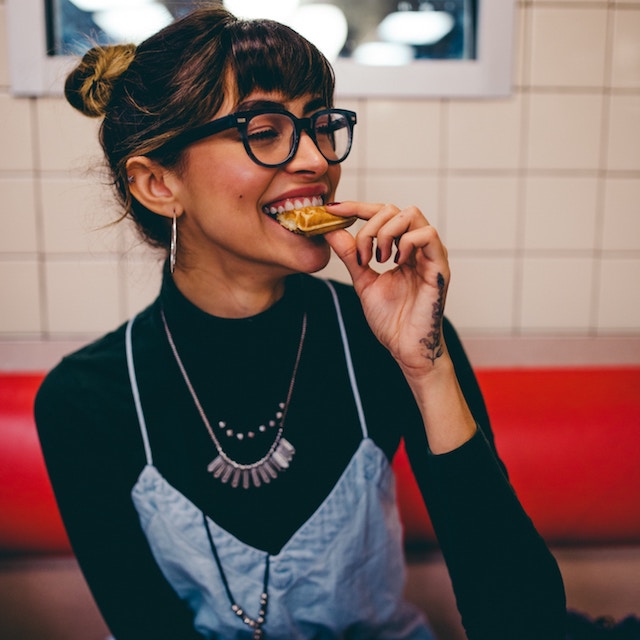 Some nights I would be up all night with stomach cramps and terrible smelling gas.

I was embarrassed to sleep next to my husband because it smelled so bad. I knew this was not normal, but I wasn’t sure what to do to make it stop. At that time I was in my mid-20s (I am 37 years old currently) and I had not yet connected my daily diet to how I was feeling at any given time.

I was especially unaware of my intolerance for gluten. There may be many others experiencing the same thing. I was eating pizza, pasta, and sandwiches on a regular basis—way too much for someone who has a gluten intolerance.

My digestive system simply could not handle it, and I was paying the price. It can be especially difficult to diagnose a gluten sensitivity in your children, which can often go on years before pinpointing the real cause of discomfort. There is a medical reason why we feel this way when we eat gluten (or other processed, refined, or pesticide-laced foods), and there are relatively easy solutions that you can implement today to start feeling better.

I know this is a trendy topic these days, and there are a lot of opinions and conflicting information out there. From my unique biomolecular perspective as an organic chemist, and from personal experiences over the years being a “non-celiac gluten sensitive” individual (as it’s called nowadays), I’d like to try and clarify the misconceptions out there in the media and reveal the truth about gluten.

What exactly is gluten?

Let’s first start off by discussing what exactly gluten is made of (on the most basic molecular level) and what it does inside the body. Found in certain grains like wheat, barley, and rye, the term gluten describes a large family of proteins—it is not a single entity. From Biology 101 we learn that all proteins are made up of long chains of amino acids. They function as the “cellular machinery” responsible for carrying out all the processes in our bodies (for example, respiration, metabolism, cell growth) to maintain our “self” as a whole.

Some proteins that enter the body from our food, such as the glutens and gliadins, have the potential to react with our own molecules inside our guts to elicit an inflammatory or immune response (that is to say, they are immunogenic). Science is just beginning to understand how the gastrointestinal tract and the bacteria living there are connected to our immune system, but we know now that the foods we eat every day play a major role.

Gluten can affect people in different ways. Celiac disease is at one extreme end of the spectrum (only about one percent of the population). But many experience a sensitivity to gluten that may manifest in similar physical symptoms such as bloating, severe cramping, gas, pain, and constipation called “non-celiac gluten sensitivity.”

Just considering gluten’s elastic-like physical properties (why your French baguette is so chewy and delicious), we can understand how it often leads to constipation, inflammation, and the slower movement of food as it breaks down more slowly in the gut. Think about how hard a substance is before it goes into the body and what your body must do to break it down. On the other hand, foods that contain more fiber, as in fruits and vegetables, soften the stool and facilitate movement of food through the digestive tract.

Even those who may not have an underlying sensitivity to gluten may experience some of these effects because we simply eat way too much wheat and gluten “food products” or processed “food-like substances” in our country. “Too much of something is lack of something” and that lack of something being fresh fruits and vegetables, the anti-inflammatory, and anti-oxidant rich foods.

Is going gluten-free right for you?

If you have celiac disease, even the smallest amount of gluten can cause a devastating immune response, so it is imperative to steer clear of all gluten. Gluten and its gliadin byproducts induce an “autoimmune” inflammatory response in the intestine leading to destruction of the villus structure in the gut that aids in the absorption of nutrients into the body. The body recognizes gliadin as dangerous and begins to destroy the small intestine in an attempt to attack and rid the body of this substance.

Celiac patients also experience what is called “leaky gut,” part of the immune response where the tight junctions of the epithelial cells that serve as a protective barrier break apart. This intestinal permeability allows potential toxins, proteins (including gliadin), undigested food, microbes, and antibodies to escape and enter the bloodstream and can cause inflammation and potential harm to other parts of the body. Researchers are studying if “leaky gut” also manifests in non-celiac gluten sensitive people, although more evidence is needed to establish this connection.

If a gluten sensitivity is suspected, or there is a need to reduce inflammation in the gut (for example, those with colitis, Inflammatory Bowel Disease, or colon cancer), then a low-gluten diet is what I suggest. And this is what I practice for myself. It is not necessary to be completely strictly gluten-free, in fact this may actually create an allergy or sensitivity later in life or result in nutrient deficiencies, so avoid strict and trendy gluten-free diets and weight loss strategies. Please know that “gluten free” does not necessarily mean healthy!

Individuals like myself who are not celiac, but have a gluten intolerance may experience similar symptoms of gastrointestinal discomfort. Western medicine cannot diagnose individuals who are gluten sensitive, only true celiacs have the diagnostic tool in the form of a blood test. The only way to know if you experience a gluten sensitivity is to do the experiment for yourself.

Take-home message for those of us who have a gluten sensitivity.

Create a low-gluten everyday diet. It has taken me years of “food experiments” to figure out what foods are best for my unique body. And it began with significantly reducing the amount of gluten and wheat products in my diet. Here is how I did it (after getting a celiac test to make sure I did not have celiac disease):

First become more aware of the wheat and other sources of gluten present in your diet. Then remove most of the gluten from your diet for at least several weeks (or remove all gluten if you believe you have celiac disease and get a blood test). Fill it with fruits, vegetables, and nutritious non-gluten grains, and observe how you feel, observe your bowel movements, your energy level, your appetite, and your mood.

Practice mindfulness-based eating. I found that if I do indulge in fresh breads and pastas that eating slowly and mindfully while enjoying each bite allows time for the gluten to break down and prevents many of the undesirable symptoms of gluten intolerance.

Some people tolerate gluten just fine. If you do consume wheat, it is imperative that it is organic. Glyphosate is being sprayed on non-organically grown wheat fields and other crops just days before harvesting for an earlier, easier, and bigger harvest. We know now that glyphosate is a powerful antibiotic and can be harmful to the gut and the bacteria living there. It is likely that the heightened gluten sensitivity (and food allergies in general) that many people experience today is not actually due to the food itself, but rather due to the effects of toxic chemicals like RoundUp that bioaccumulate in humans and in the environment.

We know our own body the best. Do food experiments and listen to your body; it will tell you what it needs and how much gluten is right for you. 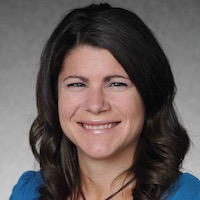