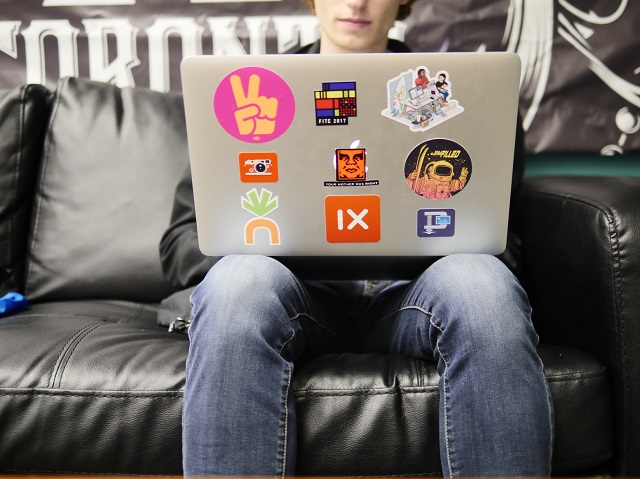 It’s really weird to film yourself.

This was probably the first realization I came to when I started vlogging. There would always be a moment right before I turned the camera on when all of my fears would pounce on me, overwhelming me with self-consciousness and shyness.

“How will people perceive me?”

“Is this going to be good enough?”

I’ve always been really shy, ever since I was a kid. There is still a bit of apprehension any time I do something where I am “putting myself out there”—and making a video of myself talking, then putting it on the internet for everyone to see, definitely puts me out there.

It was really hard at first, and it’s become a bit easier, but I still have so much to learn about speaking my truth and doing so in a public way.

I think more people should start a YouTube channel and start making videos of themselves talking—and I’d like to list a few reasons, in order to maybe convince whoever is reading this to do so.

There’s no more valuable skill, in my experience, than being able to speak the truth under immense pressure. It’s saved my ass many times. Filming ourselves speaking, specifically without knowing exactly what we are going to be speaking about, is a good way to cultivate our capacity to say what’s true when something important is being asked of us. When we are moving through chaos, the only thing that gets us out unscathed is the ability to say what reigns true for us. Vlogging makes us sharpen this tool.

2. We learn what’s true for us by speaking it.

It’s hard to know what we think and believe unless we try to say what we think and believe. Before an idea is articulated, it is a jumbled clump of half-baked sentiments and broken up thoughts. When we actually say out loud what we believe, in a way that really makes sense, our ideas become all the more powerful. Most of us don’t actually know what we think or what are deepest convictions are, and that’s why it becomes so important to speak the truth as best we can. We uncover our fundamental attitudes toward life by expressing ourselves through words, and making videos is a valuable mode of expressing ourselves.

When we learn how to “know” what to say when our moment comes, developing the intuitive capacity to express ourselves honestly in the present, boy does it feel awesome. For one, it’s a relief just to get a decent video done—but also, the underlying feeling of being capable of saying something meaningful when the heat is on is just magnificent. We know that we are greater than we ever would’ve hoped.

That’s my line of reasoning.

My endeavors on YouTube have taught me a lot about what is worth saying. So many people are saying and thinking pretty much the same things, and so much of it is completely unoriginal. This frustrates me, because I know instinctively that we all have the inborn capacity to be original and say things that are original.

We are meant to be creative, I truly believe that. If we can come up with one idea or have one thought that is original, without spewing pre-formulated jargon, we are ahead of the curve.

Let’s allow our spirits to roam freely and see if we can put some words behind that free-roaming spirit, in hopes that some of it might make a little sense. Maybe it will and maybe it won’t, but the point is that we tried our asses off and put ourselves out there.

Because, at the end of the day, who gives a f*ck? Life is short, and we will invariably suffer, so we might as well put ourselves at risk of being judged and criticized. We will inevitably be judged anyway if we are at all honest with ourselves, so let’s go ahead and put ourselves on the spot. It’s difficult, but not as difficult as not living with truth. So, let’s find our moment, put ourselves “out there,” and string some words together into a coherent sentence. Maybe something will come of it.

The Downside of the Exciting Vloggers’ Lifestyle.