The Book that every Omnivore & “Flexitarian” should Read. 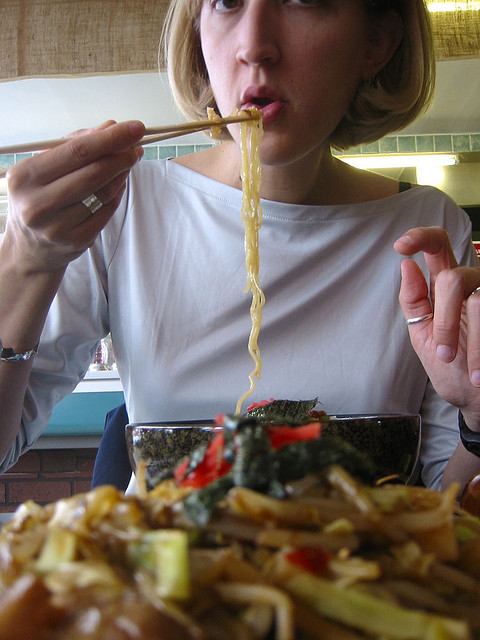 I became a vegetarian in college, inspired by my studies of yogic philosophy.

To become vegetarian in Texas, the barbecue capital of the world, in the year 2001 was neither easy nor deemed acceptable by many of my relatives, friends, and acquaintances.

Nevertheless, I was a strict vegetarian (not vegan) for several years before backsliding into an omnivore I humorously labeled “flexitarian”—which basically meant I would eat meat on occasion, usually when on the road in rural Colombia or Guatemala, where choosing not to eat chicken is unheard of and it’s usually difficult to find adequate vegetable protein sources.

Like Jonathan Safran-Foer, the author of Eating Animals (2009), an excellent, disturbing, inspiring, and eye-opening book on industrialized agriculture and factory farming, my family and I would eat meat “only whenever we felt like it.”

I read Eating Animals a few months back and it immediately inspired me to renew my vows as a strict vegetarian.

I want nothing to do with the cruelty, torture, and greed that is factory farming. Choosing not to eat meat that comes from factory farms is the first, most obvious step. Attempting to inspire others to make this choice is my duty as a writer and conscious human being, though I accept that I can only attempt to inspire. Only you can make the choice to change your consumption behavior.

Perhaps cutting out all meat is unrealistic. But even cutting back by 50 percent, when done on a large scale by millions of people, will make a significant difference to our Mother Earth.

Here are some key quotes from Eating Animals, which inspired the production of a documentary that came out in 2017:

“Just how destructive does a culinary preference have to be before we decide to eat something else? If contributing to the suffering of billions of animals that live miserable lives and (quite often) die in horrific ways isn’t motivating, what would be? If being the number one contributor to the most serious threat facing the planet (global warming) isn’t enough, what is? And if you are tempted to put off these questions of conscience, to say not now, then when?”

“Perhaps in the back of our minds we already understand, without all the science I’ve discussed, that something terribly wrong is happening. Our sustenance now comes from misery. We know that if someone offers to show us a film on how our meat is produced, it will be a horror film. We perhaps know more than we care to admit, keeping it down in the dark places of our memory—disavowed. When we eat factory-farmed meat we live, literally, on tortured flesh. Increasingly, that tortured flesh is becoming our own.”

“Something having been done just about everywhere just about always is no kind of justification for doing it now.”

“Choosing leaf or flesh, factory farm or family farm, does not in itself change the world, but teaching ourselves, our children, our local communities, and our nation to choose conscience over ease can.”

I highly recommend this book. It’s not an easy read, and there were some particularly grisly descriptions of animal treatment that I had to skim over. Yet, it’s an important book to read and one that I wish every person on the planet would take the time to peruse and really weigh the value of eating animal protein as an integral part of their diet.

“We need to consume in such a way that keeps our compassion alive. And yet many of us consume in a way that is very violent. Forests are cut down to raise cattle for beef, or to grow grain for liquor, while millions in the world are dying of starvation. Reducing the amount of meat we eat and alcohol we consume by 50% is a true act of love for ourselves, for the Earth and for one another. Eating with compassion can already help transform the situation our planet is facing, and restore balance to ourselves and the Earth.”  ~ Thích Nhât Hanh