Coming to Terms with this Brave Definition of Home. 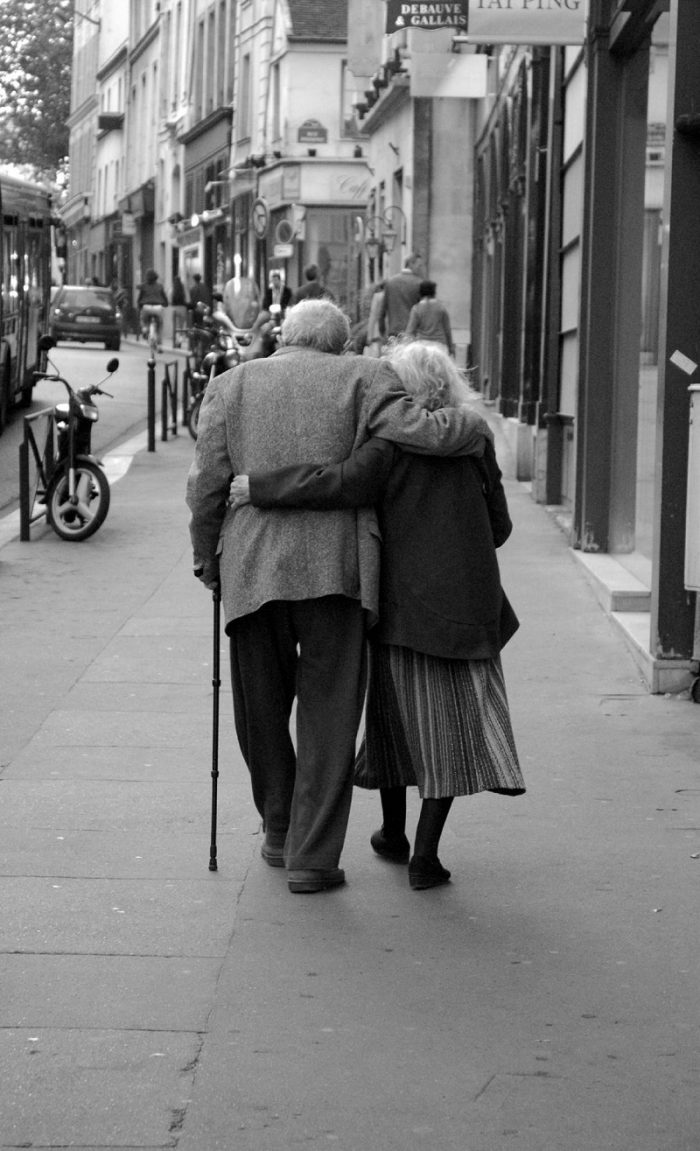 Last year, my husband’s family put his childhood home on the market and sold it to a new family.

That transition forced me to come to terms with the fact that “home”—complete with all its memories and sense of love, nostalgia, and comfort—is not always a destination per se, but rather a soft place in your heart where you hold fond memories of good times spent with family and friends.

That very same week, my husband and I were in the local doctor’s waiting room for a lengthy period (which is the unfortunate trade off we have for having an amazing general practitioner). It was here that we witnessed something out of the ordinary—a remarkable relationship that taught us all a thing or two about love, life, and home.

Hubby and I were playing idly on our phones while trying not to inhale the germs of other patients, who were sniffling and sneezing nearby. A sweet elderly couple emerged from the doctor’s treatment room together clutching hands. They had an unsteady sway to their movement, so it was hard to know whether they were joined as a united show of love or a more practical solution to the instability involved in walking with elderly frames.

The sweet older woman, who donned gloves as though she was channeling her inner royalty, went over to the counter and held the receptionist’s hand. She whispered something with familiarity before turning to leave. On the way out, she announced loudly, and with animation, that she couldn’t get out. She proceeded to pull the clearly marked “push” door. Her husband sighed and said, “You have to push the door.” He was reassuringly assertive, but seemed patient nonetheless. She gave an audible sigh and then let out a relieved giggle as he opened the door.

You could just tell this kind of thing had happened (perhaps many times) before.

As the door flung open, the old woman looked alarmed and yelled out, “Where’s the car? It’s gone!” Again, the old man sighed, this time waving his hands and saying, “We parked down the street.” And so, the couple disappeared for a few moments down that leafy suburban street. A few minutes later, the couple re-emerged at the clinic looking a bit frazzled. It became apparent during their conversation with the receptionist that they had actually caught a taxi to the doctor’s office that day.

Upon this revelation, the couple seemed less confused and, while giving some relieved chuckles (that their car wasn’t missing), they again set off—this time to catch a bus home for the last leg of their adventure. One can only hope they were up to speed with the latest travel card technology or encountered an understanding bus driver. They clung so fiercely (and perhaps with desperation) to their independence and to each other. A few things occurred to me as I watched them.

First, there was the fact that our generation could learn so much about relationship goals from these beautiful, stoic, and big-hearted lovers. There was something brave about the couple embarking on this quite routine outing together. Maybe I’m overly anxious, but I would have given up and requested a doctor who does home visits long before this point in life.

Second, the fact that the duo was undoubtedly committed to weathering the storm of a confusing modern world together was obvious, beautiful, and also a bit gut-wrenching. My own husband was quite concerned for their well-being, although he expressed this rather brashly and said, “I think they may have lost their marbles…I hope they make it home okay.”

I watched the loving couple as they disappeared again beyond the car-park and relative safety of that doctor’s office into a big, wide, and sometimes scary world. And, I couldn’t help but believe that as long as the couple had each other and continued to face life’s adventures together, they’d be just fine.

For all the trials they were yet to face on their journey, it seemed that a few aspects of their lives were still very much intact: their solid love, loyalty for one another, and big and perhaps brave hearts. Given that the lesson in our life—about home not being a destination but rather a feeling—was so fresh, I finally felt capable of understanding the phrase, “Home is where the heart is.” Home is the fond memories of good times spent with family and friends, and the love, respect, and loyalty we accrue along the way.

I put my phone down promptly and thought about the rest of this couple’s journey together. I squeezed my own husband’s hand and gave him a wink, reassuring him, “Babe, they’re beautiful—just look at that stoic love. I think that together they have already found, and are, home.”

And with that, I made a silent pledge to not make my life about a place, or material things contained therein, especially not tangible ones that could be sold. But rather I pledged that my version of home would be about the love, the relationships, the memories, and the adventures—that way, for as long as I live, home will be accessible, as long as I follow my heart. 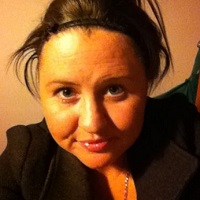