Confessions of a Teenager Trapped in a Middle-Aged Body. 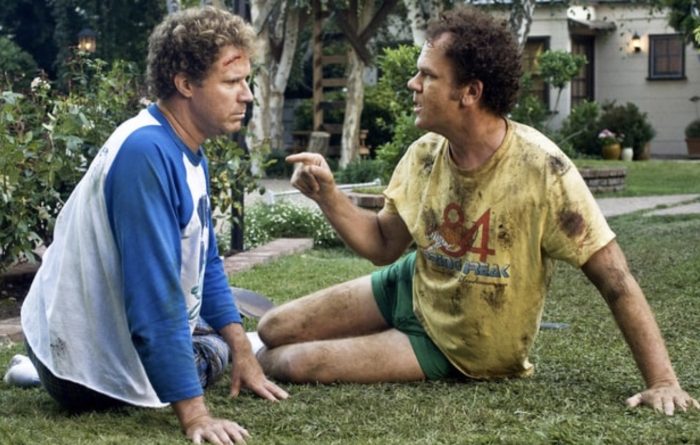 This morning I woke up and the first thing I started doing was “mortality mathematics.”

That’s the game where you try to predict how much of your life is still left, what percentage has passed already, how old your kids will likely be when you are no longer present, and so on.

I’m not really sure what spurred this on. For all intents and purposes, I am doing everything in my power to ignore the inevitable. I’m playing and singing and writing and dating and being a dad to very little girls; all the requisite activities that will make a person forget that they are getting dangerously close to the dreaded 50 milestone.

But, you can’t fool mother nature—and you certainly can’t ignore her either.

When I set up my P.A. at my winery gigs, and I’m in my zone singing song after song, I feel exactly the same as I did in my 20s. Last weekend, reality paid a cruel visit.

There was a young couple from Manhattan doing a wine tasting—she a commercial attorney, he a stock analyst—and before long they walked over to me and requested a song for her birthday. I obliged, and when I was finished she smiled and said, “Thank you, Sir.”

I was stopped dead in my tracks for a minute. “My God,” I thought, “if an attorney from Manhattan is calling me ‘Sir’ and speaking to me with deference, that means I am pretty much the equivalent of the gondolier in Venice—the old man who figures so insignificantly in the background that it is permissible to make out in front of him and tell each other your most intimate secrets because all he’s going to do is give a wise, knowing smile as he daydreams of his youth in the Italian countryside.”

“What the hell happened?” I thought.

My stock theory as to why I have never experienced what is commonly referred to as a mid-life crisis, is that I didn’t approach adulthood like other people my age. I didn’t get out of college, start a career, get married, buy a house, have kids, and get divorced when I was 35. Shoot, I didn’t even start thinking about a viable career until I was 40.

Before that, I was trying to become a rich and famous rock star. Most of my peers gave up on that dream before they hit 30, but I stuck with it. Regardless of those minute details, the thought was that I hadn’t been doing adulthood long enough to feel disillusioned by it. I was actually still grateful I was making a decent living. It’s still sort of a novelty.

Unfortunately, what I am learning is that if it doesn’t hit you as a crisis or as an “unraveling,” as Brené Brown so aptly put it in her recent blog post, it comes at you like a cruel surprise. Like when a statuesque brunette in a Dolce and Gabbana dress calls you “Sir.”

Chronologically, it makes all the sense in the world. She was most likely an infant when I was in college, but I have that Peter Pan thing on lock. I refuse to show up on the beach wearing sandals with socks or spend my weekends pulling crabgrass.

Emotionally, I definitely still pass as a teenager. I think about sex all the time, I’m moody and extremely idealistic. Life hasn’t even come close to beating me down yet. On a serious note, that is really where the big secret lies. I still believe in my ability to make a difference and I still really believe in myself.

After growing up in a house where I watched my father “give up” in his 30s and wait patiently for death to come take him, it seems like a natural reaction. Death did finally come for him at the age of 52. That seems relatively young, unless you’ve spent a dozen years waiting for it like a bus on a city corner—which he did.

In my mind, when I thought about how he lived toward the end, I thought “finally.”

It’s sort of amazing how these experiences in our lives help to mold us into what we eventually become. The way I live is almost the polar opposite to how my father lived. This might account for my mortality mathematics. Since I quit smoking cigarettes eight years ago, and eat a mostly vegetarian diet, and drive very carefully, I am hoping I can make it to at least 80 years old.

And I will probably be thinking the same thing at that point as I think now. I will look up through my glazed eyes at the hospice nurse standing over me and say in a quivering and feeble voice, “Who are you calling ‘Sir,’ missy?”