How to Fight Off Feelings of Uncertainty & Failure. 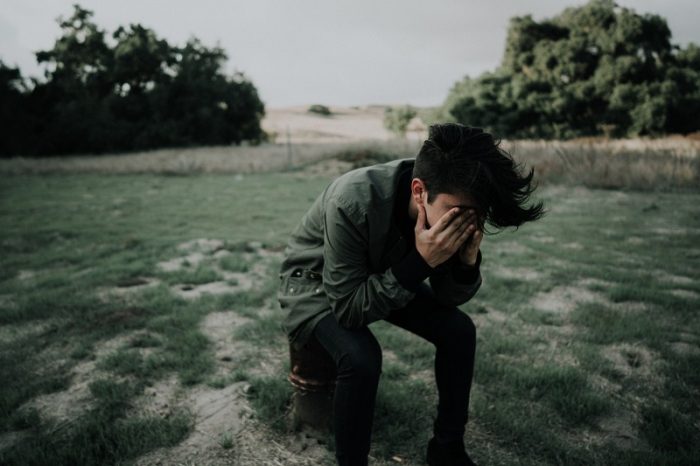 It can be a tough world when our dreams suffer rejection.

I was communicating with a literary agent in New York for the past month, and as many times as I silently warned myself not to get too excited, when she finally wrote me the dreaded “I don’t think we’re a good fit” email, it was a crushing blow; the kind where you just lose your appetite and have a difficult time focusing on anything else for the next few days.

I knew my only hope was to fight against the inevitable pull of gravity and continue waking up early and being productive.

It was as if there was this duplicitous function going on where one part of me knew to just keep going through the motions and another part was filled with a sense of dread and uncertainty. This is most likely a common phenomena for anyone whose horrific emotional childhood baggage keeps rubbing up against the hundreds of pages of self-help material they’ve read in an attempt to combat this handicap.

This unfortunate event—which was really nothing more than a bump in what could only be a very long and windy road—had to be shaken off.

A voice inside reminded me that if I had to endure this situation and the uncertainty that it made me feel, I should at least write down the steps I took to get over it and return to my usual hopeful self.

So, here’s how I handle it:

Suffering in silence is a drag. Get on the phone with the people who really believe in you and get it out of your system. Let’s be reasonable—you’re obviously not going to hang up the phone and live happily ever after. However, it will lessen the pain and at least get you started on the road to recovery. This is, by far, the most important step to take to re-align yourself emotionally, so definitely do this first.

Reflect on your successful precedents.

Whether you find yourself in a crisis brought on by professional woes or social drama, it always helps to remember those times when you were enjoying success. We’ve all had those days where we’ve been on track, we got the guy, we landed the job and we felt invincible.

Try to chase out that unhelpful brain noise that tells you “all is lost” with a few daydreams about when everything was going your way. It’ll help to remind you that, whatever you might be feeling in this moment; you’ve won before and you’ll win again!

This may sound funny, but if you allow the way you feel in your head to transform your overall physiology, you will most likely set off a domino effect of misfortune and you’ll have no one to blame but yourself.

As I said, you are pushing against the gravity of life and you must do it to get anywhere. Stand up straight and walk with confidence. If you remind your body that you are on a course to victory, it will remind your brain for you. In other words, this is not something that works on an intellectual level, but it does on an emotional one. You have a much better chance of feeling your way into thinking better than you do thinking your way into feeling better.

Face your fears head on.

I know for myself, it helped to do a “worse case scenario” inventory. I had to ask myself what the worst outcome could possibly be, and even though I came up with some pretty stark answers, none of them were really life threatening. Sure, it was quite possible that I spent a great deal of time and money on a project that might never make it out of the gate.

With that as a starting point, I was able to justify to myself that nothing was really standing in my way of soliciting every single agent I could find. It’d almost be like passing up a lifetime’s supply of free lottery tickets because “no one ever wins those things.” The odds are very long—of course—but as long as the tickets are free, you’ve got nothing to lose.

As the great Joan Baez so succinctly put it, “Action is the antidote to despair.”

The worst thing you can do when you are struck with any set of circumstances that make you doubt your own self-worth is to lay down and take it. Remember, you would never have heard of the movie “Rocky” if Balboa won the fight in the first scene.

What made that movie resonate with almost everyone in the world was the idea of perseverance in the face of adversity. It was the formula behind all eight (yes, I said eight) movies in the series. So, you’d be wise to allow it to be a recurring theme in your life. I know it is in mine.