How to stop Spewing our Emotions all over the people we Love. 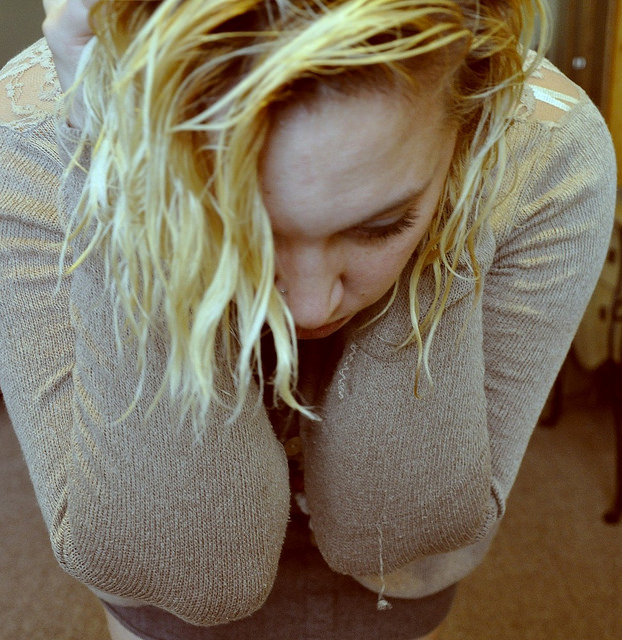 There’s a really destructive habit we all have: dumping all of our anger and angst all over our closest friends and family.

We know we shouldn’t do it—but they are right there, so it just happens.

One day, I came home from work after some hard conversations with people I supervised. Conversations where I didn’t express what I was thinking or speak up about how I disagreed with what other people where doing. I was frustrated with myself, that was the truth of the situation.

But when my husband asked about my day, I launched into reliving the conversation out loud. “Firing people for minor procedural errors, without any correction or warning, is madness,” I railed. I unleashed all my frustration with male arrogance at work. My voice raising in anger, I said all the things to him that I had wanted to say to my coworkers—I didn’t have to be diplomatic with him.

For the next 15 minutes, I relived the conversations one at a time, making him the stand-in for the people in the conversations that had taken place hours before. He just sat and listened, later moving to the couch from the counter and putting some distance between us. I continued plowing through, my voice getting louder and hands moving more rapidly as if to mime out the parts of the conversation that couldn’t be conveyed in words. The longer I talked, the more my frustration, anxiety, and stress spewed out all over him.

By the end of it, he was covered in the stuff—my anger, frustration, disappointment—the fallout from venting all over him. I hadn’t seen the impact of what I was doing; I was too worked up for that. I’d noticed he had gotten much quieter and further away, but as soon as I was done ranting, I had to leave for an appointment and didn’t address it. I walked out the door, leaving him to deal with the emotional mess I’d just made.

Not until I came home hours later did I realize what I’d done. He’d been left to clean up an emotional mess that was never his to begin with. I was so caught up in myself and my experience that I didn’t even see him. In my mind, he had become the people at work. I hadn’t realized, when he asked how my day was, that I was so close to boiling over. I was completely unaware of what I was doing in that moment or how it impacted anyone else.

What I should have done was deal with my own feelings before dragging him into it—and we would have had a far better evening. If you’ve ever unloaded on someone and seen the harm it caused, you know exactly what I mean.

Why does this happen?

Most often, it’s because we’ve failed to do our part in dealing with our own emotions.

When we don’t check in with ourselves, we vent all over the people we love. As the incomparable Maya Angelou once said, “Don’t be surly at home, then go out in the street and start grinning ‘Good morning’ at total strangers.” Wise words. But how do we actually apply them? It can be so easy on the really hard days—when we’re exhausted, and overworked—to be a-holes to the people we love. Especially when we can relax and be ourselves with them.

There isn’t anything wrong with venting. But doing it without warning and yelling at the people we love, that’s when it becomes a problem. Managing our own emotions throughout the day can help us avoid boiling over.

Here is my three-step recipe to deal in a healthy way with those boiling emotions:

1. Take moments throughout the day to pause.

It can feel weird to tell the people you work with—be they colleagues, classmates, or friends—that you need to take a small break. But, oh, what that break can do, both for your own well-being and for others as well. Take this time to take some deep breaths. Counting as you inhale and exhale can be really helpful.

Think of these moments we take throughout the day as our relationship insurance. The more we take them, the more positive experiences we’re able to have with others. It won’t insure us against all hard stuff, but taking a pause—whether or not we feel like we need it—will pay off in droves.

Taking these moments may feel really awkward at first. You may feel like this is the last thing you want to do, but slowing your breathing is one of the best and simplest ways to cue your mind and body that it’s time to relax, to de-stress.

The more we tend to our difficult emotions, the less we put the people we care about in the position of being our emotional whipping boys. Then, when we really need someone to connect with in conversation, they are far more likely to be open to listening. Simply put, people like to listen more when we’re not blaming or yelling at them.

2. Choose how to spend downtime wisely.

When we rush through our days so fast we can barely breathe, there is no space to see the truth of how we’re doing and what we’re feeling.

Days can be busy, but we are the ones who decide how we fill them. We all have downtime—at work, while waiting in line, in the car, in the bathroom—and it’s how we choose to use this time that really matters. If we’re constantly running from one thing to the next, whether physically or mentally, we don’t allow the truth of how we’re doing to catch up with us.

Our emotions travel far more slowly than our thoughts and it takes time for them to catch up. When they do, and they always do, they will make themselves known and they won’t be quiet about it. It isn’t a choice of whether or not to feel difficult emotions. It is a choice of when and how to feel them. We all have some say in the timing.

3. Give yourself permission to fail.

Failing is hard, and giving yourself permission to fail is much easier said than done. We are often our own worst critics and hold ourselves accountable to a far higher standard of behavior than others do. One of the facts of being human is that you are going to do things you regret , say things you wish you hadn’t, blame, shame, resent, and vent. None of us does it right all the time. Expecting ourselves to do so is unrealistic.

This work is a practice.

It requires showing up for yourself and your own emotions first before you can fully show up for others. You won’t do it perfectly, but that’s not the point. Trying and failing is just fine—as long as you continue to try, learn, and grow. The truth is we’ll fail, in ways big and small, every day. I firmly believe it’s this failing that propels us forward . When we make amends and we learn to just live, we are doing the work of being a good human being. In the end, the question is: who do you want to be?

Emotional self-care isn’t going to magically fix your relationships and it won’t make the hard stuff disappear, but it will help you show up in a way you don’t regret. 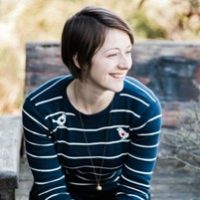