Save Yourself the Disappointment: 5 Things to Avoid Doing while Mars is in Retrograde. {June 26 to August 27} 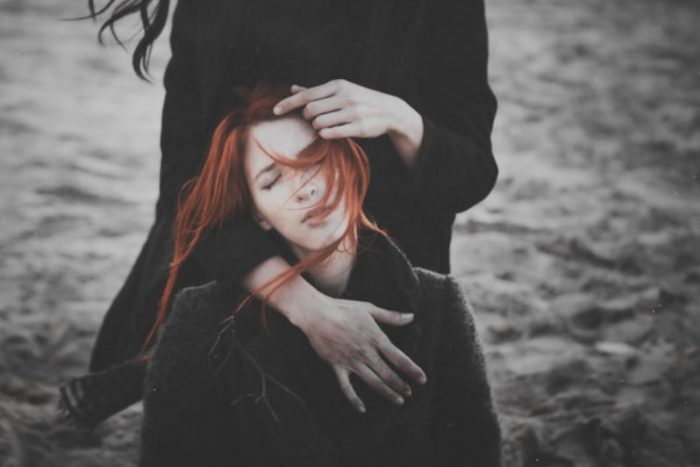 Whether Astrology is science or magic, we’re open to most things, if they may be of benefit.. ~ ed.

Have you ever been through a period of your life where your great expectations are met with huge disappointment and disbelief?

You look up at the sky with a grimace on your face and have what social scientists call a “W-T-F” moment as you think about the disaster that’s just happened in your life.

A hot romance you thought would result in marriage fizzles.

The new sports car you bought turns out to be the most beautiful car on the side of the road.

Your botox treatment makes you look like a wax statue at Madame Tussauds.

A sure-fire lawsuit your attorney says is a winner ends up being a loser.

These events, which have brought you frustration or failure, often occur when the planet Mars is retrograde.

Get ready, because it is set to happen again on June 26th.

Once every two years, the planet Mars goes retrograde, as it will from June 26th to August 27th, 2018. During this time span, we may want to think twice about initiating certain actions, because the retrograde can lower our energy level and bring frustration and obstacles to our major efforts.

What If I have Something Important I Need to Do?

Of course, regardless of this unusual planetary influence, life must go on during the 11-week period of Mars retrograde. At some point, we’ll all have to make necessary decisions, even if it isn’t the optimum time.

For example, if you are unemployed, you’ll probably want to accept a new job anyway. When it comes to your social life, it’s not the best time to enter a sexual relationship, but no one expects a person to be celibate during the retrograde—just don’t be surprised if the love affair that began suddenly ends just as quickly.

However, there are important events we may be planning that are elective. In other words: we don’t have to start them during Mars retrograde. We can arrange to begin them at a more favorable time when planetary influences work to our advantage.

Since timing is everything, if possible, wait until Mars goes direct on August 27th to initiate any important action. Here’s how this planet exerts an influence in our lives:

Here’s How Mars Retrograde Affects You:

In astrology, Mars represents the principles of independence and action. This planet’s influence gives us the urge to initiate or begin something new. Unlike the energies of Mercury, which are mental, Mars is physical in its nature, and often associated with aggressive or impulsive behavior. In fact, in its most negative manifestation, which often occurs during this retrograde, martian (as in Mars) behavior can be selfish, combative, and argumentative.

In one’s horoscope, the planet Mars rules action, energy, drive, and determination. When Mars works positively in our lives, it gives us the ability to be assertive and act with courage and conviction.

How Mars functions in our birth chart says a lot about how we stand up and assert ourselves, get noticed, and get things done. Its energies can bring us power and confidence in the way we express ourselves as individuals. It also affects our ambition and our sense of competition whether at work, play, or in our personal relationships. Mars also rules our desire nature and sexuality, and the kind of person we’ll find sexually attractive.

The Problem when Mars Goes Retrograde:

When Mars is retrograde, one’s normal energy and vitality are depleted. Therefore, if we initiate an activity at this time, we find that all the energy and momentum that began with our actions seem to stop or even reverse. We begin to have doubts or regrets about any effort that we start—to the point where we’ll wish we could start all over again.

Here’s a good illustration of how the Mars retrograde can affect you:

Imagine drinking and partying all night and then having to run a 10-mile race the next morning. You start out your run with the confidence you’ve got the stamina you need, and that you’ll be fine. But after running a few miles, you start realizing you don’t have as much energy as you normally have. You’re sorry you ran this race, wishing you could have done it on another day.

During the Mars retrograde, you’ll operate with this same lack of energy and vitality in any enterprise you undertake. For this reason, it’s not the best time to start anything new, whether it’s job, a relationship, or even an argument. If you’ve already started something, the Mars retrograde is a time to slow down and reassess what you want and desire before you take further action. It may be necessary to adjust your expectations and calmly work though any frustrations that get in the way of what you want to accomplish.

If you have activities you want to engage in, stop and re-consider them. Here are five things you should avoid doing during the Mars retrograde, if at all possible.

Here’s What to Do:

Use the Mars retrograde period to slow down and reassess what you want and desire—before you take further action. Then, when Mars goes direct on August 27th, go full steam ahead with your plans.

By doing so you’ll more assuredly reach your goal with less frustration and effort. You’ll have the advantage of “good timing,” which will aid your success.

If you want to know the sign and House your Mars is in—in your birth chart; or if you want to know where your personal transits are—to see if they are affecting you, go to the Free Transit Calculator. It will compute your personal transits for 2018-19 and the planets in your birth chart. Then, make sure to scroll down to the bottom of the page, where you will see the sign your Mars is in.

If you want to know about the planets in your personal horoscope, go to the Free Horoscope Calculator and enter your birth date. If you’re curious to learn what your horoscope says about your love relationships and marriage prospects, as well as career, investments, and health, order your customized personal report.

I think Astrology is bullshit. Here's why I'm wrong.