Metta for Detained Children: a way to Respond when we’re in Despair. 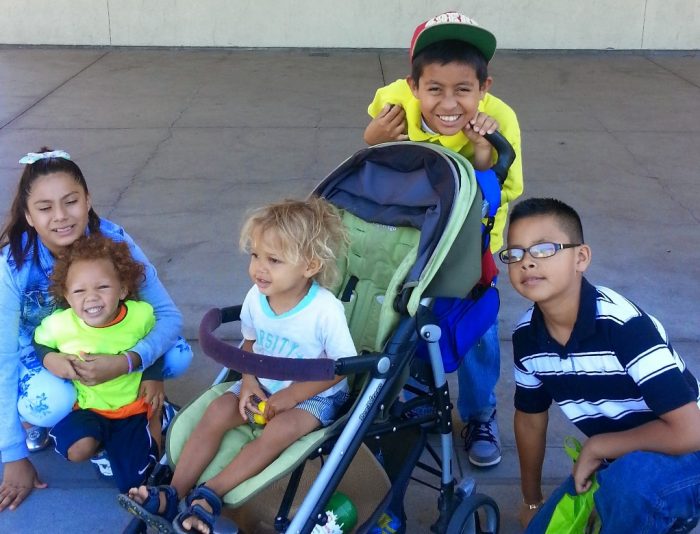 Again, my serenity has gotten hijacked.

I’ve been taken over by my angst about the Zero Tolerance policy.

I’ve become that hand-wringing, cloudy-minded, armchair activist, afflicted by the poison of the illusion of impotence.

Jacob’s dad died about six years ago, near Brownsville, Texas, as he was trying to come up from Mexico to see Jacob. I don’t know that whole story, but what I do know is that he hadn’t seen his son in a couple of years, and he took the risk. He died of dehydration after the coyote (someone who assists in smuggling people across the border) left the group at the border to continue on their own. The group then left him somewhere in the desert.

Jacob is my nanny’s nephew, but he’s basically become a member of our family.

My kids think he’s either their brother or their cousin. They were tiny when this happened, so they didn’t really have to process what happened cognitively, but I know they felt his pain.

Jacob couldn’t go back to see his mom when it happened. He didn’t get to go to the funeral, or to have a proper bit of closure. It’s been six years, and he still hasn’t seen his mom. Nobody can seem to get a passport for him, since, according to his mom, they need either a signature from his dad, or his dad’s death certificate, and they have neither.

I had a moment of clarity yesterday and decided to do what I preach; I brought it all to my meditation practice.

I sat in the early morning. I invited it all to the table. I frequently practice metta, a loving-kindness meditation, when things get dicey. So I sat and became awash with intense empathy for the immigrant children locked up in detention centers.

Metta is the practice of sending prayers out, essentially, but in a Buddhist sort of way, using the only power we’ve got—that of the mind—to generate the “energies” of loving kindness and compassion.

Before long, tears came, which was a relief.

It was a relief just to get out of my head, honestly. Great shudders of grief welled up for the vulnerability of the families in this situation. I realized that my head has been in a vice. I’ve been trying to meet this from my mind, and all I’ve gotten is this feeling of tremendous frustration and impotence.

For any of you who are as gobsmacked as I am by what is happening in our crumbling democracy these days, I’m actually not interested in piling more dread into your poor head.

What I’m bringing, instead, is a message of remembrance.

If despair and hopelessness are nipping at your heels, I implore you to return to your cushion. Spend some time in the present moment experience of the wretchedness of it all.

That may not sound terribly alluring, but existential hopelessness inspires nothing and no one. Meanwhile, in the present moment, we can grieve. We can let full feelings run through us and wash us clean.

When I sat in meditation yesterday, I committed to move beyond thought, into feelings of empathy, and began to send metta to the children who are in detention at the border. I’ve seen their photos, imagined their stories…I was overwhelmed by the experience of loving kindness that came through, and how much faith I felt in the capacity of metta—both to truly extend out to them, and also to nourish my willingness to stay with this grueling situation until it’s righted.

This is the power of a practice where we train ourselves not to get tangled in the thicket of a hopeless mind.

The mind’s fear-soaked assessments about the future are neither wrong nor right, but a mind gripped by fear does nothing. A confused mind does nothing. While it may be true that democracy is crumbling down, the rabbit hole of despair is no place for us. Freedom lies in present moment awareness.

When we commit to paying attention, compassionately, here and now, we bring ourselves back to the present moment. This doesn’t mean we do not attend to the world beyond our own homes, and it does not mean we do not feel what is happening to others. This means we expand our spheres of connection.

If you just barely have an inkling of what I’m talking about, listen. You may have left your practice behind, some time ago, and have been drinking the Kool-Aid of fear, guilt, and worry. I get it. After the orange one came to power, I basically became paralyzed for months. I mean, I still marched, and took action, and all of it, but I got paralyzed in my mind. I got “hooked,” as we say.

Getting hooked is a pretty big problem.

Some people get “hooked” and then turn straight to booze, drugs, work, video games, whatever. When I get hooked, I turn to straight up overthinking. My mind, the “conditioned mind” as I’ve come to call it, gets swarmed with conceptual, analytical thought. Vikalpas, they’re called, in Sanskrit—thought constructs, whose function seems to be to create separateness.

I used to live in that state before I started meditating 20 years ago. And certain circumstances still get my mind all stirred up, this being one of them. I could feel my mind congested with thought. Meanwhile, I could hear that still, small voice, calling me home. “Unhook from that poison,” it seemed to be saying. The still, small voice won out when I chose to sit and give myself tiny sips of the fresh water of the present moment.

See, the conditioned mind will spin and revel endlessly in its clever and tragic assessments of things, if you let it. Present moment awareness pierces through the maelstrom of phenomena. In present moment awareness, clarity can help us see which action is most important, most meaningful to undertake today.

Present moment awareness offers access to vigor, love, faith, and joy…the fundamental qualities social justice depends on. We come to trust that the journey of moral courage will be long and largely uphill, but that each step is valuable, the vistas are gorgeous, our efforts are enough, and we are worthy of joy and laughter along the way.

After a particularly deep practice of sending metta to children in detention centers, I decided to record a metta meditation for others, in the hopes that it could help others unhook from the vagaries of conditioned mind. It lives here. (It’s so horrifying that I’m naming this, “Metta for Detained Children” but this is what’s happening, and a big part of our practice is to face this stuff.)

In the creation of this meditation, there was a moment where the feelings ran through me pretty intensely—when I specifically spoke to the hope that those children will remember that we are fighting for them, in our hearts and with our hands. 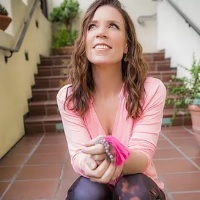 “Children in cages. Dear God, what have we become?” The Tool that Cleared the Way for “Children in Cages”—& how we can Respond.  The Latest American Tragedy.