The New Face of Trauma. 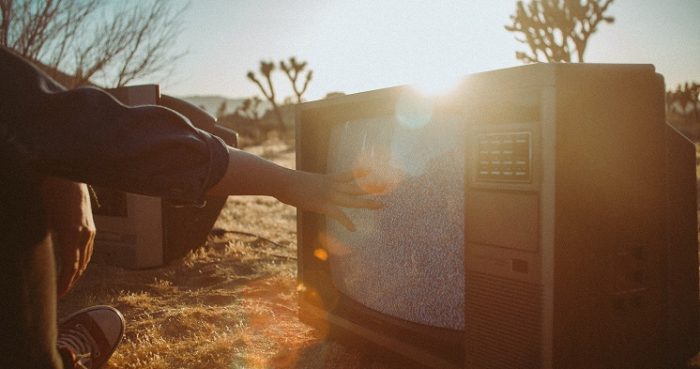 Shortly after midnight on my first day in the Palestinian West Bank, I awoke to the sound of bomb blasts but a short block away from my hostel.

The blasts occurred every minute or so for what seemed like hours, and were interspersed with scattered machine-gun fire.

As we stood before the wide glass fifth-story windows, we could just make out the images of about a hundred stone-throwers and what appeared to be a fire growing in the building next door. The thought of a midnight evacuation amid heavy fighting seemed unusually dangerous, but my overall sensation was less of fear and more of exhilaration.

Then something inside me said write, and at that moment academic researcher was transformed into activist-journalist.

However, it slowly dawned on me that in spite of the fact that my body was unscathed and the results of the ruckus had been anti-climactic with but a single death, the experience had left me traumatized. And though the trauma itself would be washed out over the course of the coming year, it was compounded by my own bad decisions made under the influence of the anxiety it produced.

It quickly became easy to see how such traumas might destroy a whole people, with each of its members making a lifetime of bad decisions, as the culture itself disintegrated.

It was quite possibly my own ancestral memory of collective trauma that brought me to the West Bank in the first place.

The term genocide was coined by Raphael Lemkin, a Polish Jew who lost 49 members of his family in the Holocaust.

Jewish names appear everywhere among the ranks of genocide scholars. And whereas many victims of genocide try to sweep it under the rug, it can sometimes seem as if Jews cannot get enough of it, using it both to excuse the excesses of the world’s only Jewish state and as an inspiration to stop the next one from happening elsewhere, sometimes even at the hands of their own people.

Somehow, the members of a culture victimized by collective trauma appear prone to the same repetition compulsion first articulated by Sigmund Freud, whereby traumatized individuals seek out situations like those in which they were first traumatized.

Trauma can be a bit like a crime so well hidden that victim and perpetrator alike forget what happened altogether. The clues that some monstrosity occurred might show up everywhere, from fleeting pains and chronic anxiety, to nightmares and phobias.

And yet, the original memory has been forgotten.

Judith Herman notes in her classic on its history and treatment, Trauma and Recovery, that traumatic symptoms tend to transmute from culture to culture and one generation to the next.

They may make their appearance through physical ailments in one generation and mental illnesses in the next, psychic numbing in one culture, or acting out in another. As soon as one generation of researchers have elaborated its symptoms, they will often assume a new guise, like a criminal hiding from the law.

Collective traumas are a lot like personal traumas, only they happen to larger groups of people—but since their reach is wider they tend to have systemic effects, which over time take on a life of their own.

Wars and famines, ethnic cleansings and genocides, mass terror attacks and natural disasters are like psychological tsunamis, deluging a people with traumatic symptoms. And those symptoms tend to ripple unsuspected through their institutions and cultural norms.

People in the grip of a collective trauma tend to become paralyzed with fear and animated with anxiety. They either fixate on the memory of the event or else blank it out altogether. Whether or not the traumatic event itself is even acknowledged, attention tends to become frozen on it, as all other experiences organize around it.

The instant the plane strikes the tower thus becomes a transformational historical moment, memorialized for all time. The several months during which a people were shipped from their cities and forced to leave their villages—as in the Palestinian Nakba in which over 650,000 were ethnically cleansed from the new state of Israel—thereby assume outsized proportions in national memory.

They will be contemplated in literature and poetry, and made real through film.

As time passes, narratives of the event become increasingly mythologized, rendering responses to it ever more irrational. Members of the culture thus find themselves in perpetual mobilization for fights long passed, boxing with shadows at the bottom of a dark ocean of memories.

There is something uniquely unconscious about collective trauma.

It quietly entrenches itself in social habits and institutional norms. It makes itself felt in moral values and political priorities. And yet, even as it shows up seemingly everywhere, it tends to go unspoken, haunting the culture like a specter from another realm.

Whereas normal nations tend to focus their collective attention on future goals like education and development, cultures inordinately shaped by collective trauma tend to live in the past.

If you want to know how the archetypal victim became the quintessential perpetrator, you would do well to look to these dynamics.

It is not simply the victims of traumatic events who become caught in their grip. Perpetrators also exhibit many of the same symptoms.

When soldiers returned home from Vietnam and the First World War, the traumas they carried back with them often destroyed not only themselves but their societies as well. The soldiers were of course the victims of a system that had mobilized them for war; but they were also the perpetrators through which its crimes were committed, and it was often the war crimes they themselves committed that traumatized them the most.

Observers of traumatic events can also be traumatized, and not simply those who witness them up close.

To watch the fall of the World Trade Center towers on your television, or wait in anticipation of nuclear holocaust as the Cuban missile crisis unfolds is to become caught up in a vast collective trauma made all the worse for your inability to act.

Observers of collective trauma are often left riddled with guilt and anxiety. They play the event over and over in their minds, fantasizing about their heroic interventions and castigating themselves for not having done more.

Traumatic episodes are recorded in memory as the scripts through which future events are unconsciously assimilated. Thus, the roles assumed by victims and perpetrators in the Holocaust become the template through which Israelis interpret their relationship to Palestinians.

The script assigns roles to victims and perpetrators, heroes and observers. And since most people are neither devils nor saints, roles are switched over time like those of the players in some great Shakespearean comedy.

Thus, the victims of one generation become the perpetrators of the next, and the trauma itself is passed from group to group like some ineradicable cultural virus. And this is where it gets interesting—and truly dangerous.

Humanity is now in the grip of collective traumas being played out across the world.

The traumas are evoked by insecurities bred of life in a more unequal and globalized world.

In short, we should prepare for a new round of collective trauma that is distorted out of all proportion by a world of onlookers, each viewing the events through their traumatic experiences.

In a sense, this is how it has always been—but in another sense, globalization has made it all the more complex and prone to distortion.

If you want to contribute to making the world a better place, a good way to start would be to apply what you know on a personal level to a collective level as well, and stick to the facts so as to avoid contributing to the distortions.

If you liked this article, please check out my recently released book, The Holocausts We All Deny. And join the dialogue on Facebook.