A Guide for all the Reluctant Meditators out There. 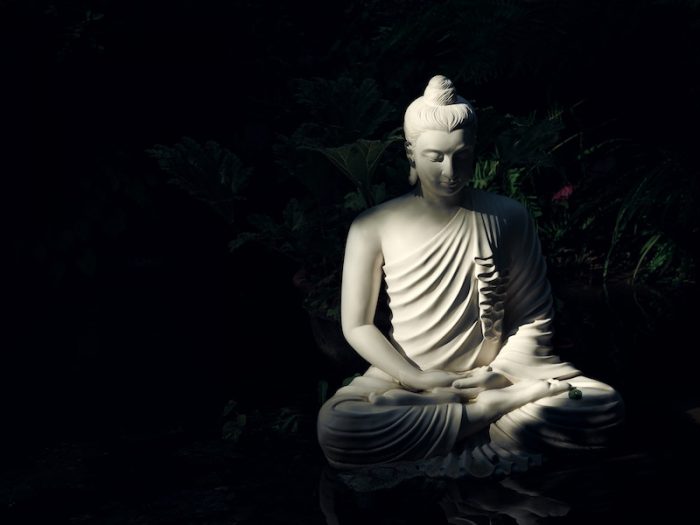 My first dabble with meditation was when I was 17.

My brother, who was the only person I could count on to understand me and my craziness, left home.

At first, I was excited to move into his bedroom, which was three times the size of mine. His room had been my solace while he was there, playing his guitar, with me singing along. Now, it didn’t have the same feeling. It went from being super tidy (when he had it) to just my messy chaos.

I felt lost. He was the person who grounded me—without him, I was bouncing around, untethered.

That’s when I found meditation.

I’d been browsing a crystal shop that had a small book section, and I found a book and cassette tape by an Indian spiritual teacher named Erknath Easwaren. Later, at home, I sat cross-legged on the floor of my bedroom and started reading and listening.

I learned my first mantra—om mani padme hum—which I still use to this day. The translation is “the jewel in the lotus of the heart.” The lotus flower begins its life in the deep, dark, murky sludge of the pond, but it follows the light, growing up and up on a long stem, until it reaches the surface and blossoms as a glorious flower. It symbolises potential; no matter what your beginnings in life, maintain your strength by following the light, free yourself from attachments by keeping your soul and mind pure—and you will flourish.

I would practice every day.

Erknath Easwaren said your mind is like a puppy, so every time it wanders off like puppies do, bring it back to heal. We must train our puppy mind to focus.

I tried for months to stop my mind wandering. I would always catch myself dreaming, then have to snap my attention back to my breath and my third eye.

One day, I found myself in a state of magical meditative bliss. I remember it so clearly because as soon as I realised I was in this amazing, blissful meditative state my thoughts raced in shouting, “You did it, you did it!” and brought me straight back into my body.

Then, life happened—I went travelling, and, though I tried to keep up, my practice was less and less frequent. Travelling, love, work, and heartbreak all kept me from my daily practice, until it became a dabble every now and then.

Later, I joined a psychic meditation course and studied for a year.

One day, I was running late and opened the door to the group. My teacher looked at me and said, “You’re pregnant!” He knew I had been trying to get pregnant for about four years. Embarrassed, I said there was no way I was pregnant, as nothing could survive the tsunami that was currently coming from my uterus. He said, “Well then, I’m sure you will be within two weeks.”

I went home thinking he was just a nutter, something that had crossed my mind more than once in my time in his class.

Sure enough, seven weeks later I found out I was five weeks pregnant! That spooked me. As I had already lost one pregnancy, I stopped going and never went back to his class again. I couldn’t risk messing around with the spirits and my baby.

There’s a Zen proverb that says, “You should sit in meditation for 20 minutes every day—unless you’re too busy. Then, you should sit for an hour.”

I’m lucky that, for the last five years, the business I’ve chosen gets me out in nature every day with animals, so I feel more connected than I have in years.

Being in nature is like a meditation all in itself.

In yoga, Savasana is my favourite moment. It’s the pose at the end where you lie still on your back, breathe, and relax to assimilate all the benefits of your practice. It seems I just reach the point of bliss when they tell me to wiggle my fingers and toes and come back into the room, and I always want to groan and say, “Nooooo.”

This year, my practice and spirituality have shifted up a gear. I’ve felt a major shift in myself and in my life, and I feel the whole planet vibrating differently. It feels as if we’re on the cusp of something, and for me meditation is a way of getting closer to understanding and advancing with the shifts.

Meditation has many benefits for everyone. There’s a saying that, “If every child was taught meditation in school, we would eliminate all violence.” If all children were taught to meditate in school and had regular daily practice, then they would be able to handle the pressures of our world much better. They could start to train their “monkey mind” and quiet the chatter. We can teach them to focus on the breath, even for just five minutes. It would give them benefits that could last them a lifetime and help with anxiety and other types of mental health issues that are becoming more prevalent with modern-day living.

If you’re new to meditation, there are many different styles you can follow. It’s best to find the style that fits you and that you feel comfortable with. You don’t have to follow the teaching of any particular religion.

A good place to begin is with the teachings of Deepak Chopra, Pema Chodron, or Chögyam Trungpa Rinpoche. I tend to try out different styles and teachers from all types of cultures and backgrounds—some others are Sonia Choquette, Sandy Newbigging, and Jason Stephenson.

There are plenty of online courses or apps you can download, and Youtube has a plethora of music, chanting, and guided meditations for everything you can imagine. If I’m having trouble getting to sleep, I love listening to a guided deep sleep meditation I found on Youtube. Play around with different styles until you find what works for you.

Everyone can meditate, and it doesn’t have to be for hours on end—start with two minutes and build it up from there.

I have a sacred space in my bedroom that I have set up with a meditation cushion, crystals, plants, and candles. Sometimes I sit in silence, sometimes with music, sometimes with chanting.

I’m more connected with meditation than I have ever been before, and I’m happier and more relaxed than ever. Meditation is now an integrated part of my life—and it’s here to stay. 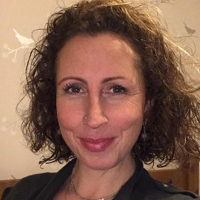