Santosha & White Privilege: Why we shouldn’t be Silent about Unintentional Racism. 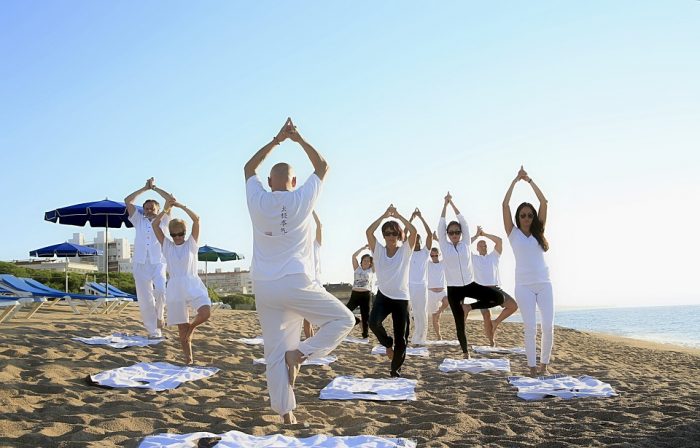 Outside the frosted windows of a yoga studio in Boulder, Colorado, the Flatirons’ teeth pierce the sky, ready to swallow it whole.

It’s 9 a.m. on a Friday morning and the teacher, adorned with tattoos and mala beads, greets us warmly as he assumes his position at the front of a packed room with a blonde wooden floor and a wall of mirrors.

He tells us that he’s just returned from leading a yoga retreat in Mexico and describes the three days of pristine beaches, surfing, and sunsets. “Actually it sucked,” he jokes and a chuckle ripples through the room.

He is telling us this not just to apologize for being a little tired, but in order to introduce an idea that will frame the class, an anecdote that illuminates a strand of yoga philosophy. He elaborates on the luxuries of the retreat, then says, “I got in late last night. And as I woke up this morning I thought, ‘Where’s Lupe? Where’s my breakfast?’”

I look around to see if anyone else is startled by this comment, but the crowd of mostly fair faces seems unphased.

Yoga is a practice about finding contentment—santosha—wherever you are, he tells us. If we’re always living for Friday, or a vacation, then we’ll never really be happy. The asanas, the poses, are about meeting that challenge and finding peace anywhere, even in Utkatasana, for example, despite burning thighs and shoulders. It’s a profound idea, of course, and that’s why I’m here. But the punchline used to illustrate this point needles me.

I don’t think this teacher meant to be racist or classist or insensitive.

I think he may have even regretted his choice of words—I thought I sensed him flinch or stutter as the words tumbled out, as if he wished to gulp them back.

But, of course, even the unintentional weight of our words and actions can create or contribute to problems. In case it’s not clear why this troubled me, here it is:

The idea of American, presumably white, adults gathering south of the border to do yoga and be served breakfast in bed by Mexicans in order to escape and recover from their busy, stressful—but comparatively privileged—lives disturbs me. It lends volition to the charge that yoga is a narcissistic exercise for Lululemon-cloaked rich people who have appropriated an Eastern spiritual tradition. That it’s elitist and exclusive.

And in that moment—looking around a mostly white studio in a mostly white, wealthy town—I was sorry to see this argument validated.

According to the 2016 report released by the Yoga Alliance, of the 36.7 million Americans (or 15 percent of United States adults) who practice yoga, three-fourths are white women.

The notion of “white privilege” has breached the confines of academia and leapt to the foreground of popular conversation. It’s challenging people to think more deeply about the legacy of slavery and the permutations of racism that persist, institutionally and culturally.

“The Boulder Bubble” is an interesting place to meditate on this.

In many ways, it is progressive city: people are politically active, they participate in local government, and have created a community that reflects their values. It’s one of the most educated cities in America, and by 2020, it may be the “greenest” city in the world, transitioning to 90 percent renewable energy.

But it’s also become increasingly expensive, and therefore increasingly exclusive. One cannot work a retail job, for example, and afford to live there (unless you’re lucky enough to win the lottery in affordable housing). I only had this chance by the generosity of my sister who allowed me to sleep on the floor of her apartment for five months (because she had won that lottery in affordable housing).

I once met a native Boulderite who said to me, “It’s really easy to accept everyone when you don’t actually have to live with any of those people.” He was referring to the surprising lack of gay bars in his liberal hometown, but the same could be said about many populations. It might be easy to be pro-immigration, for example, when you know immigrants can’t afford to be your neighbor.

Discussing white privilege is important because it reminds us of how we benefit from and perpetuate power structures that feed inequality. Just because you don’t use racial epithets doesn’t mean you’re exempt from the forms of racism that persist.

In fact, I suspect it is actually our silence that does the most damage now.

I was taken aback by that yoga teacher’s comment, but I didn’t say anything to him about it. I didn’t know how to without seeming accusatory and making us both uncomfortable. But I should have.

The fear of discomfort cannot take precedence over meaningful dialogue, especially in a space that is meant to cultivate exactly that. Yoga is uncomfortable. Indeed, that was the point he was trying to make that day: we must be willing to stay with our discomfort when our minds (or muscles) are screaming to escape.

A week later, I returned to the same class. Again, he told us about Mexico. Again, he explained santosha. But this time, there was no quip about Lupe serving him breakfast in bed. And while I’d like to believe this was a conscious decision on his part, I’ll never know because I didn’t ask.

Perhaps if I had, the teacher and I would have a conversation that provided a new story for class. One in which the discomfort we encounter on the mat prepares us to be uncomfortable in life. One that gives us the courage to address injustice wherever we see it, no matter how small or seemingly insignificant. 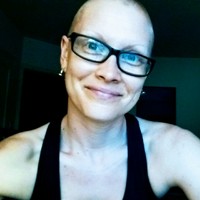