This is what Happens to India’s millions of “Unwanted” Girls. 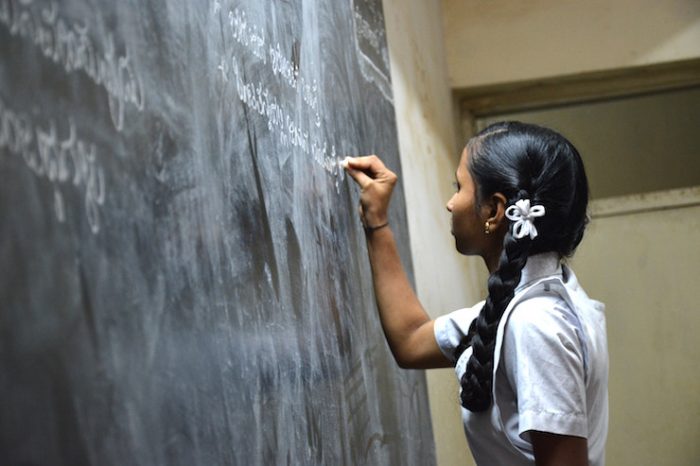 For all the wonderful conversations happening globally around gender equality, dangerous biases still exist against women and girls.

In India, those biases manifest in millions of “unwanted” girls who are subjected to neglect and abuse because male children are considered more desirable. Some parents prize boy children so highly, they have sex-selective abortions if they find out they’re having daughters.

Fortunately, the government of India recognizes that gender bias is an issue the entire country must confront. But these attitudes are so ingrained, I believe it will take years for awareness of these issues to translate to meaningful change, particularly in lower socioeconomic communities.

I know these biases because I lived them.

Neglect and sex-selective abortions are the most extreme examples of gender bias in my home country, but countless others play out in smaller ways every day—I lived those experiences.

I was a diligent and studious child, but as a girl, those attributes worked against me. My parents insisted that I “help” my brother with his homework, which ultimately meant doing his schoolwork for him for years. Many times, he entered science and art contests with projects I created. When I complained, my parents told me I should be happy for my brother to receive some awards, too.

This infuriated me. But it also sparked in me a flame that burned stronger the older I grew. Even if I did not have the words to articulate it then, part of me knew I would defy those attitudes someday. I would break free of the oppressive culture that demanded that women be second-class citizens.

The turning point came while working at my father’s shipping company. From the age of 15, I drafted merger and acquisition letters for the business, and I felt I had proven myself capable. I even skipped a few academic grades to show my parents how smart I was in the hopes that they would let me take over the family business.

Then, when I turned 18, they informed me that the company would pass to my brother, not me. It’s customary in India for property and wealth to be given to male heirs, but I was still heartbroken. To add insult to injury, they told me to start evaluating the three romantic suitors they had chosen for me. They wanted to announce my engagement by the time I was 20.

The injustices never seemed to end. I knew that these suitors were exploring the world, studying at university, and perhaps experimenting with sex. Meanwhile, I was supposed to stay home and save myself for them like a well-behaved wife. That’s when I knew I couldn’t let my parents dictate my future. It’s also when I knew I needed to leave India.

This is how we move forward.

I’ve lived in the United States for several decades now, but no matter how far away I am, I acutely feel the struggles of the women who live there. I am committed to doing what I can to erase gender discrimination and create a safer world for all.

But how do we do that? The first step toward justice is always exposing injustice. As an international community, we must recognize that gender discrimination is ingrained in India’s DNA (and in that of many countries). Exposing double standards and shaming those who enforce them are powerful tactics in a country that values a good public image. Punitive punishment is necessary for forcing people to realize that violence, neglect, and discrimination toward women are both unacceptable and inhumane.

However, sustained change can happen only if there is a strong support system in place for women and girls in India. That support must be far-reaching, including providing clean water and sanitation, access to nutritious food, equal opportunities in education, and microfinance funding to support women who aspire to open their own businesses.

We can all drive change in some way, regardless of our abilities or occupations. Those of us in policy-making positions can advocate for laws that mandate that certain percentages of local government representatives are women. More women leaders would lead more women to feel comfortable reporting that they’ve been the victim of crimes, and more can be done to prevent those attacks. We can also buy from women-owned businesses and support charities dedicated to advancing women’s empowerment. Most importantly, each of us can raise our voices when we see injustice occurring.

India is my native country, and it pains me to know that so many women continue to suffer because of gender discrimination. But for all of that ugliness, India is also an incredibly beautiful place. A shift toward equality will allow it to evolve into an even richer and more dynamic society.

If we all demand justice, wherever we are in the world, we will empower ourselves and others to make the changes we wish to see. 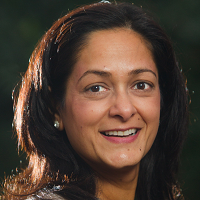