What our Dreams are really Trying to Tell Us. 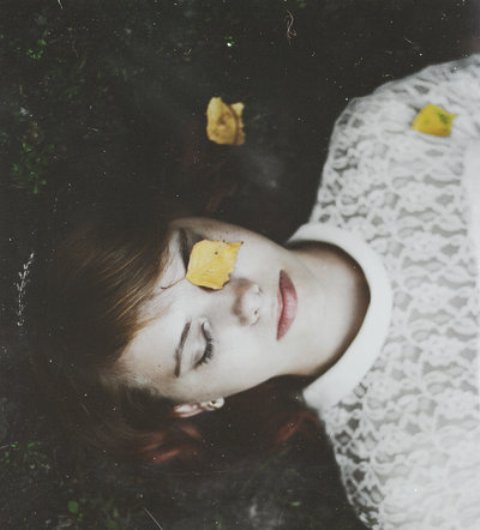 Growing up, I always noticed the somewhat annoying incongruity between the kinds of dreams characters would have on television sitcoms, and the ones I had when I was sleeping.

The show’s character would get into an unpleasant exchange with another character, and shortly thereafter, fall asleep and see the direct consequences of their misguided ways. A minute later, they’d be awake like Ebenezer Scrooge—ready to engage in a more charitable and loving way of life.

As for myself, I’d get into a fight with one of my brothers and go to sleep to dream of me and my biology teacher painting the water tower in a distant location outside of town. It was maddening.

Recently, though, I had an experience that was closer to the first example. I met someone very intriguing, we spoke for a while on the phone, and later that evening I dreamed about her. We were walking home from school and talking with the kind of hope and innocence school children generally possess. When I awoke, I was filled with a strange longing for simpler times.

What is it, really, that our dreams are trying to tell us?

Experts in this field have been arguing about this forever. It is generally understood that any dreams relating to school usually symbolize a test of some kind. It is like a great pun that we have given rise to in our sleeping brains—the multiple-choice Social Studies exam as representation of life’s bigger challenges.

Another interesting element of this sort of dream is how the other person, more times than not, refers to different aspects of ourselves. According to certain experts in the field of dream analysis, there are most certainly components of our own personalities that we inhibit or ignore and it is in our sleeping hours that they must be reckoned with.

If this piques your interest, here are some other commonly accepted dream symbols:

Any dream that employs the use of transportation is considered symbolic of our current direction and movement in the greater journey of our lives. These dreams will usually appear when you begin to question where your life is headed.

If you are the type of person who tends to repress pertinent issues in your life, you might have to deal with those things in your unconscious state. When we dream we are being chased, the issue is generally not the person chasing us, but what it is we are running from.

These dreams are some of the most difficult for a variety of reasons, not the least of which is the jarring effect they have on us afterward. Generally speaking, we dream of death when something in our life is transitioning in one way or another.

Now this is a facile view of it and volumes have been written about all of the other symbology relating to death dreams, but quite often you are or will be bidding farewell to one chapter and getting ready to open another. This could be true of a job, a relationship, or a project.

A dream that involves dramatic falls from cliffs or buildings and the like usually indicate that there is something going on in our waking hours that we feel overwhelmed with or just not in control of. If you are suffering from insecurities, anxieties, or things of this nature, dreams will sometimes manifest in this way.

Dreams involving fire require a little self-knowledge to understand, given the full spectrum of what it could mean. In other words, whether it refers to a passionate occurrence or a certain enlightenment you are being awakened to is up for conjecture. If you meditate on it, you can usually see how it may apply to you when it happens.

Dreams where you are flying also have various definitions, depending on the type of flying signified in the dream. Fearful flying will definitely symbolize something different than a flight that feels indicative of freedom or even, perhaps, spiritual connection.

I believe that when we are aware of what may be bubbling right underneath our skin, we can place the meaning a little more accurately. Flying dreams have been associated, more times than not, with lucid dreaming. Lucid dreaming, as you may already know, is when you are aware, at least on a certain level, that you are dreaming and you can control the outcome of the dream.

Check out Carl Jung’s Children’s Dreams: Notes From The Seminar Given From 1936-1940, in its first English translation by The Princeton Press.

This work, released in the United States in 2008, has taken some of the most important dream analysis of the 20th century and made it quite a bit more accessible than the earlier textbook explications.

You’ll find, as you make your way through this important text, that Jung laid the groundwork for the comprehension of dreams in most of the world’s collective consciousness.