When does Friendship turn into Emotional Labor? 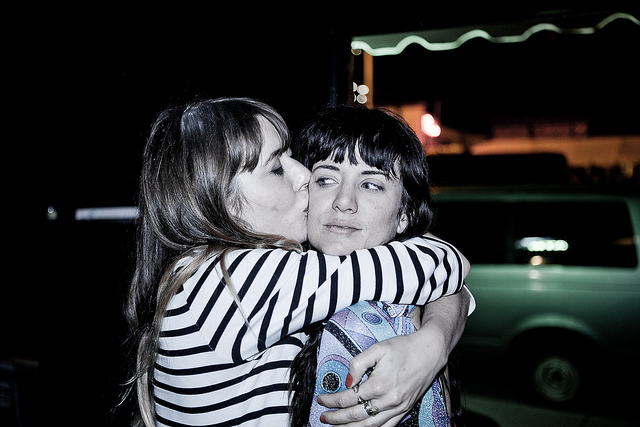 When I was 10-years-old, a twist of fate occurred that most likely altered the trajectory of my entire life.

I was the child of two high school graduates on Long Island. The vegetables I ate every night came out of a can. No exceptions. The mashed potatoes (that I was also served every night) came out of a box that looked a lot like the box of laundry detergent.

My parents had no opinion about religion—save for my mother’s convenient introduction to the God who “will get us back” when we were annoying her. They also had no opinion on politics.

As a matter of fact, in retrospect, they really didn’t think all that much beyond the universe of their own selves.

The strange thing about being a child—which I am sure most people understand on some level—is that “normal” equals whatever fresh hell you witness on a daily basis. So that was where I was by 10-years-old.

Normal was peas in a can. Normal was blatant self-centeredness. Normal was antiquated attitudes toward “the other.”

And then I met Laura.

Laura, who was 28 years old—was as different from my “normal” as another human could possibly be. She was an activist, an intellectual, and a socialist right from the “summer of love.”

Her hair was in no way coiffed like every other woman on Long Island in 1980. She ate raw garlic every day, made fresh vegetables, popcorn with brewer’s yeast on it, and hot cocoa from scratch. She introduced me to National Public Radio and Mad magazine and a way of looking at the world that my parents considered “radical.”

I have never forgotten her for it.

I didn’t have a crush on her the way a 10-year-old might have had for an older woman in certain circumstances, but I went to see her almost every day. Some days we’d listen to WBAI—the station in New York where Bob Dylan had his first interview at 20 years old. Some days she’d show me the “free press” articles on what was really happening within the Reagan administration, and some days we’d walk by the Great South Bay and she’d tell me about what it was like to go to a Free School in the late 60s.

I guess what I am getting at is that it was entirely possible that my life, my ideology, and my outlook could very well have been different if not for the selfless and uninhibited love of what one might refer to as “a perfect stranger.”

Laura gifted me with an unending supply of what I believe is now being referred to as “emotional labor.” A labor that my parents gave reluctantly and only when absolutely necessary.

This whole experience left me with a way of looking at the world that differs from much of what I was reading when the whole “emotional labor” craze began to take shape.

Being a feminist male, I wanted more than anything to understand as clearly as I could what emotional labor was, and how I could do my part to help the cause. And, of course, I am putting myself in the line of fire here, but if I am not mistaken, it amounts to any emotional chore a person is required to do that they resent.

I say this not to be irreverent. I say this because I have read every important piece of writing that pertains to emotional labor and I have yet to see anything but a tenuous and nebulous definition that expands and contracts from blog post to blog post.

After re-reading a famous piece by Harper’s Bazaar, I began to feel really self-conscious. I, like the antagonist male from the article, have an ex-girlfriend I text whenever a really good or really bad thing happens to me—and she is no door mat. She’s a card-carrying, Bernie loving, resist, persist feminist. So, I needed to know—was I forcing her into unwanted emotional labor whenever I texted her about a famous person who started following me on Twitter or something that hurt me in a palpable way?

“Usually it just feels like being a supportive friend,” she assured me. Then she added the caveat, “If you were to take advantage of that, it would feel more draining, like emotional labor.”

Seth Godin, on his podcast “Akimbo,” refers to “emotional labor” as a requirement in the field of customer service. In other words, when one is being expected to regulate their emotions as a tangible part of their occupation, this can be called “labor” in a black and white way.

It makes sense, too. The influx of articles on this subject began a couple of years ago when sex workers began to tweet about it as being part of their job—a part they resented because it was, for the most part, unpaid.

This is where it begins to get squishy though. The more I read and re-read the viral articles on emotional labor, the more I became convinced that it means different things for different people.

Mostly, I believe it means when a person feels “put upon” by another. Obviously, that exhausted feeling I get after spending the day with my three-year-old and five-year-old daughters is from an emotional expenditure that borders on the extreme. However, I would never consider that emotional labor. That is being a father. With my ex, it was just being a friend.

And when my thoughts carry me back to Laura, I’m at a loss for words for what I would call that. As close as I can get would be to call it love.