13 Pieces of Wisdom from Imperial Concubines that are Still Relevant to us 21st Century Women. 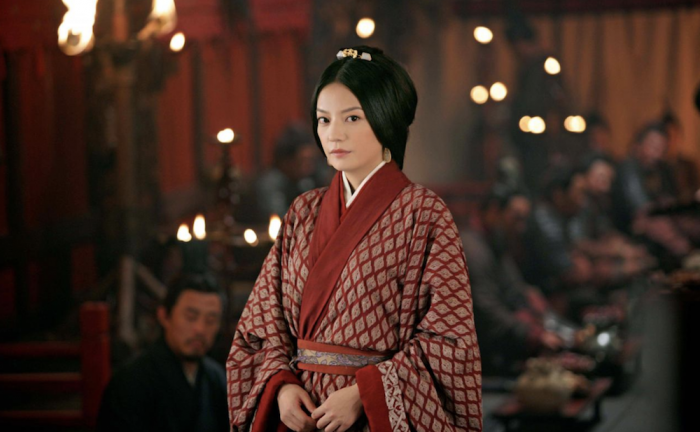 Millennia ago, girls as young as 13 were selected into the Forbidden City, as part of a pageantry to become women for the court, filling in positions that ranged from concubines to consorts, and, at the top of the pecking order, the empress of the dynasty.

The ladies who were successfully chosen from the thousands of girls (imagine a nationwide casting) ended up spending the rest of their lives within the walls of the Forbidden City, often leading sad, isolated lives, rather than a life filled with glamour and fortune that seemed to be promised with palace living.

Beauty, physical health, family background, virtues, behavior, and character all made up the selection criteria. The main duty was, of course, to bear children for the imperial family, and every birth of a son would increase a woman’s imperial rank.

In 2018, from the lens of a third-wave feminist millennial, this explains a lot of the sexism and the male-female balance (or lack thereof) of powers that have been historically entrenched deep in the Far Eastern cultures.

It’s easy to dismiss these passages as backward society, when a woman’s value was determined by her “service.” However, the concentration of such a group of chosen women within palace walls created a very unique battleground of power, self-worth, identity, ego, and fate. It’s a game of life-or-death chess, under the pretense of harmony.

Needless to say, life within the walls of the Forbidden City had its own rules that quickly conditioned and transformed each fresh-eyed girl who entered with her hopes and dreams. This is game theory on steroids, powered by estrogen on steroids.

And the facts of human nature made sure that we are still fascinated by life back then—”Story of YanXi Palace,” a modern-day “Cinderella” tale set in Imperial China, set the single-day online viewership record in China, with a total of 530 million views—and has accumulated over 15 billion views worldwide since August 2018. To date, the drama is the most viewed Chinese language drama of 2018, and has attracted distribution of over 70 countries worldwide, and growing. We are obsessed with the drama, we are gripped by the plot and characters, and we are even going after their looks and lip color.

Part of the attraction to this story is that it imparts life lessons and advice that remain relevant today. The characters are built with modern archetypes, so that every girl in 2018 can identify with one of the girls in the show.

It might, at first, seem far-fetched to take life or love tips from imperial concubines, but, considering that their love life determined their fate, their salaries, their dynastic careers/rank/success, their families’ fates, their household staff’s size and prosperity—love is their power. It’s their ultimate wager for a gamble at life.

They risked and sacrificed a whole lot more than we do (or ever will), and what they’ve test-driven within the walls of the Forbidden City can serve as nuggets of wisdom to keep in mind as we navigate our own lives.

Because, if we were to descend into drama or become entangled in games and deception, why not take tips from those who have been through the worst and been trained the best?

In her bestselling book, Thrive, Arianna Huffington states that, “Wisdom frees us from the narrow reality we’re trapped in.”

These women arrived in the Forbidden City as young girls, and they didn’t have anywhere else to go or turn to. What many girls had dreamed of was also a life sentence, in the most cruel and unimaginable ways.

Within the palace walls, where they were forever trapped, they couldn’t escape from the games, drama, or plotting. And, under those very conditions, they evolved into soldiers.

These are the life lessons they’ve distilled from their battleground. May they be of benefit to you and yours.